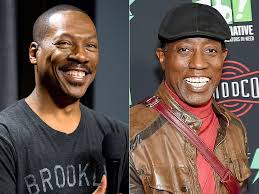 SWIFT UPDATE— Taylor Swift has the green light from Big Machine Label Group to perform old music from her Big Machine catalog at the upcoming American Music Awards, where she’ll be honored as Artist of the Decade. But whether she will go ahead with it, is still up in the air.

In a statement to Billboard that does not mention Swift by name, a representative for Big Machine said the company has “agreed to grant all licenses of their artists’ performances to stream post show and for re-broadcast on mutually approved platforms.”

“It should be noted that recording artists do not need label approval for live performances on television or any other live media,” the statement continues. “Record label approval is only needed for contracted artists’ audio and visual recordings and in determining how those works are distributed.”

Swift’s rep has not responded to request for comment.

Last week, Swift penned a letter on social media claiming that Big Machine founder Scott Borchetta and Scooter Braun, whose Ithaca Holdings acquired Big Machine (and Swift’s entire six-album catalog with the label) in June, are blocking her planned performance of a medley of her earlier hits at the AMAs because “that would be re-recording my music before I’m allowed to next year.” She added that the two execs were also preventing her from using Big Machine-era recordings in a forthcoming Netflix documentary.

Swift also claimed Borchetta said that the projects would only be cleared if she agreed not to re-record her BigMachine catalog next year.

Both sides have been trading barbs since, with Big Machine maintaining that the company has not tried to prevent Swift’s performance, and that her narrative “does not exist.” Rather, Big Machine says the disagreement is over an unresolved payment issue between the two parties (Swift’s team has disputed that claim, too).

Meanwhile, everyone from Selena Gomez to Elizabeth Warren has weighed in.

The Big Machine Label Group informed dick clark productions today that they have agreed to grant all licenses of their artists’ performances to stream post show and for re-broadcast on mutually approved platforms. It should be noted that recording artists do not need label approval for live performances on television or any other live media. Record label approval is only needed for contracted artists’ audio and visual recordings and in determining how those works are distributed.

The AMAs are produced by dick clark productions, a division of Valence Media, the parent company of the Billboard-Hollywood Reporter Media Group.

Again, just dreadful, shameful and embarrassing to everyone involved. Terrible. Spoiled children all!

After two successful weekend Barnes & Noble in-store (Paramus, New Jersey and Clifton, New Jersey) Wilson had to fly back to L.A. for a Dancing with the Stars event. Bego remained in NYC for the event.

The first to arrive was Randy Jones, from The Village People, and he was followed by fellow-Times Square Chronicles scribe Magda Katz (who raved about the current Broadway-show on Tina Turner); Robert Miller from the just-fabulous jazz/rock/fusion band Project Grand Slam (who played Sunday at NYC’s The Groove); D.C. LaRue; Dan Zelinski who helped set the in-stores over the weekend; social-influencer Wendy Stuart Kaplan and husband Alan Kaplan and the legendary Aubrey Reuben from the New York Post. Also present were photographer Jeff Smith and Bego’s longtime PR-man David Salidor.

It was simply a fantastic event in The Cutting Room’s Elaine’s Room – so named for the late-great Elaine Kauffman. Thanks to Mark Bego and Steve Walter for a great evening.

REUNITED DOOBIES — It marks the first time in nearly 25 years that McDonald, Tom Johnston, Patrick Simmons and John McFee will hit the road together. The 30-date tour was confirmed after McDonald made a surprise guest appearance at the Ryman Auditorium in Nashville Monday night (Nov. 18), joining the Doobies for an encore rendition of classic track “Takin’ It To the Streets,” from their first album with him.

We’re truly excited about our 50th anniversary tour, as it’s a celebration of the band’s entire history,” Johnston said in a statement. “We’ll be performing songs from our full catalog, as well as new music.”

Simmons recently said the Doobies – who currently only perform one song from the McDonald era – had no problems with him and would “jump at the chance” of a reunion. For his part, McDonald last year said: “Pat Simmons and I always had a great blend together. On a lot of the Doobie Brothers stuff, Pat and I always seemed to blend together for backgrounds.”

SHORT TAKES — I hear this Adam Sandler movie, Uncut Gems, is a career defining performance. Can’t wait … Again, I was so taken with Wesley Snipes’ performance in the current Eddie Murphy movie, Dolemite Is MyName. Just exquisite … SIGHTING: Toronto’s Jacqueline Boyd at Duelings Pianos with Donnie Kehr at Bar Nine… We met Barnes & Noble’s Dan Zelinski Monday night at the Cutting Room fete and what a terrific guy. B&N is lucky to have him … Congratulations to Variety’s Roy Trakin on becoming a grandfather. Mazel tov! …

The New York Post’s Michael Starr (as Michael Seth Starr) releases Shatner next month. Congratulations … And, the terrific It Was Fifty Years Ago tour, with Micky Dolenz; Todd Rundgren; Christopher Cross; Jason Scheff and Joey Molland, starts up their their second leg again November 30 in Pittsburgh at The Palace Theatre …