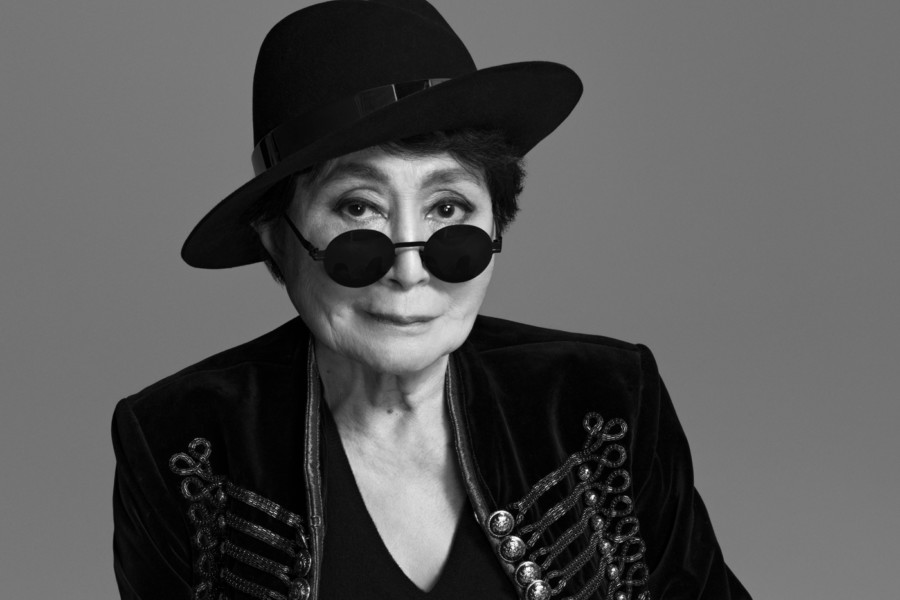 YOKO — Ailing Yoko Ono is handing her business interests in The Beatles and John Lennon over to their son Sean. The reclusive widow, 87, has not been seen in public for more than a year and now uses a wheelchair much of the time on the rare occasions when she leaves her New York home.

She has been managing John’s $800 million fortune since his death in 1980.

Now Sean, 45, has been appointed a director at eight companies linked to the family and The Beatles according to The Mirror, including the multimedia Apple Corps.

Apple Corps had reported assets of $36 million last year, and Sean is also believed to be taking over at Lensolo, managing John’s solo material, Maclen, which publishes John’s work in the US, and Subafilms, a music film company.

Yoko has been vocal for decades about global peace and was often seen attending exhibitions of her artworks. But she has become more reclusive in recent years and has spoken about suffering from an illness.

On what would have been John’s 80th birthday last month, Sean made a BBC documentary and an Apple Music show to mark the occasion.

Yoko only tweeted a video in which she appeared to be reading from a script.

In one of her last public appearances in 2017, she said: ‘I’ve learned so much from having this illness.’

But it is not known what the artist is suffering from.

In February 2016, Yoko was hospitalized after suffering what was rumored to be a stroke, but she later said it was a severe flu.

She still lives in the same nine-room Dakota building in New York where John was assassinated outside in 1980.

The peace activist is said to be receiving around-the-clock care and rarely leaves her sprawling apartment where she often uses a wheelchair.

John also shares a son Julian with his first wife Cynthia but the pair had a strained relationship.

The Beatle frequently described his first son as unplanned, saying he ‘came from a bottle of whiskey’, while saying Sean was a ‘planned child, and therein lies the difference’.

The singer created a trust for Julian to receive £100,000 when he turned 21, but he had to split that equally with any of John’s other future children.

Julian, who is now 57, was excluded from John’s will, with Yoko and Sean the main beneficiaries of his reported $200 million at the time of his death.

In 1996, Julian sued his father’s estate and after a lengthy court battle, settled with Yoko for a reported $25 million, although he has denied the figure.

He says the relationship with Yoko has improved in recent years and they appeared together at an exhibition of his photography, along with Sean, in 2010.

UNDOING ROUND 3 — HBO’s The Undoing really hit its stride with Sunday’s episode (#3 if you’re counting). It was all-around a terrific episode; great writing and a terrific turn by veteran Donald Sutherland; who, with his long white hair and eyelashes out to there, was simply the personification of evil.

As we said last time, despite the glamours trappings, The Undoing is just an old-fashioned whodunit. Did Hugh Grant do it? Of course not, but the web it’s weaving is oh so tantalizing.

For me, the scene where Sutherland gets out of his car and watches the window of the husband whose wife was dispatched early on, was totally ominous. What in the world could he be looking for … or, at?

Needless to say, the final three episodes should be delicious!

HBO’S THE OUTSIDERS— (per Deadline) The Outsiders, starring Ben Mendelsohn and Cynthia Erivo, has been put into turnaround after HBO opted not to proceed with a second season. MRC, the studio behind the drama series adaptation of Stephen King’s novel, is taking Season 2 out to market.

The pitch, originally presented to HBO, includes a script and bible for a continuation of the story beyond King’s book, which was the source material for Season 1. Series writer/executive producer Richard Price crafted the Season 2 storyline with King’s blessing, sources said. Centered on Erivo’s Holly character, it expands King’s universe, exploring the human, naturalistic and inexplicable with a sustained pervasive dread you can’t put your finger on.

“We enjoyed our collaboration with Richard, Jason [Bateman], Andrew [Bernstein] and the MRC team, and we wish them well in continuing the world created by the brilliant Stephen King,” HBO said in a statement to Deadline.

The project will be taken to premium networks and streamers, with MRC using its status as an independent to pitch it everywhere. The company has longstanding relationship with Netflix, where MRC has produced hit series House of Cards and Ozark.

The Outsider series steadily built an audience on – growing from 1.2 million viewers for its premiere to 2.2 million for the finale (+90%) – to become the network’s most-watched first-year series in the past three years with 11 million multi-platform viewers per episode. It also is believed to have done well in major international territories.

The show earned an Emmy nom in the guest actor in a drama series category for The Outsider executive producer and director Bateman, who also has a recurring role on the show. Both Bateman and Erivo have deep ties with MRC: Bateman headlines Ozark.

Based on King’s bestselling novel, The Outsider follows a seemingly straightforward investigation into the gruesome murder of a local boy. When 11-year-old Frankie Peterson’s body is found mutilated in the Georgia woods, police detective Ralph Anderson (Mendelsohn) sets out to investigate – with eyewitnesses and physical evidence pointing to Terry Maitland (Bateman), a popular high school teacher, Little League coach, doting husband and father. While the case appears ironclad, Ralph is baffled by the emergence of contradictory evidence that places his suspect in a neighboring city at the time of the murder. The mysterious set of circumstances surrounding this horrifying crime leads Ralph, a seasoned cop still grieving the recent death of his own son, to bring in unorthodox private investigator Holly Gibney (Erivo), whose uncanny abilities he hopes will help explain the unexplainable.

I loved this series. It was difficult at first putting all the pieces together … but, once you did, just exemplary acting by Bateman, Mendelsohn and Erivo. Actually, I was not familiar with Mendelsohn beforehand and became an instant fan.

I hope Netflix picks this up. Terrific show!

SHORT TAKES — The daily blog Guest of a Guest claims that it’s still hard to get a reservation at Lee Hanson and Riad Nasr’s Frenchette; even in the pandemic. I went when they first opened two years back and was not impressed. Maybe a return trip is needed. While in that neighborhood, Carbone (on Thompson) is still my go-to-spot …

Sensational interview with Bruce Springsteen’s manager Jon Landau by the always-prolific Roy Trakin. a must-read for sure: https://www.pollstar.com/article/qs-with-jon-landau-the-rock-halls-2020-ahmet-ertegun-honoree-and-the-worlds-most-successful-ex-rock-crit-146778?fbclid=IwAR0 …

After a four-week absence, Fox’s NeXt returned. It wasn’t a terrifically strong episode,  but just watching Slattery makes it OK. If you haven’t caught it, there are only six episodes left. Runaway computer is the plotline and its good …. very good … Mark Bego and Mary Wilson’s Eat Like A Rock Star is re-released on the 24th via Skyhorse Publishing. Bego and Wilson are interviewed by Markos Papdatos Monday for his Digital Journal … Still no Frampton book; guess Carla Sacks only sent in advance to the topflight outlets. Even his management company, Vector, couldn’t help. Sad … We’ve heard it was great … And, ever hear of The Oxfords? PR–pasha David Salidor revealed their story over a Zoom-call and we  were just amazed. A human interest story for the ages … stay tuned!