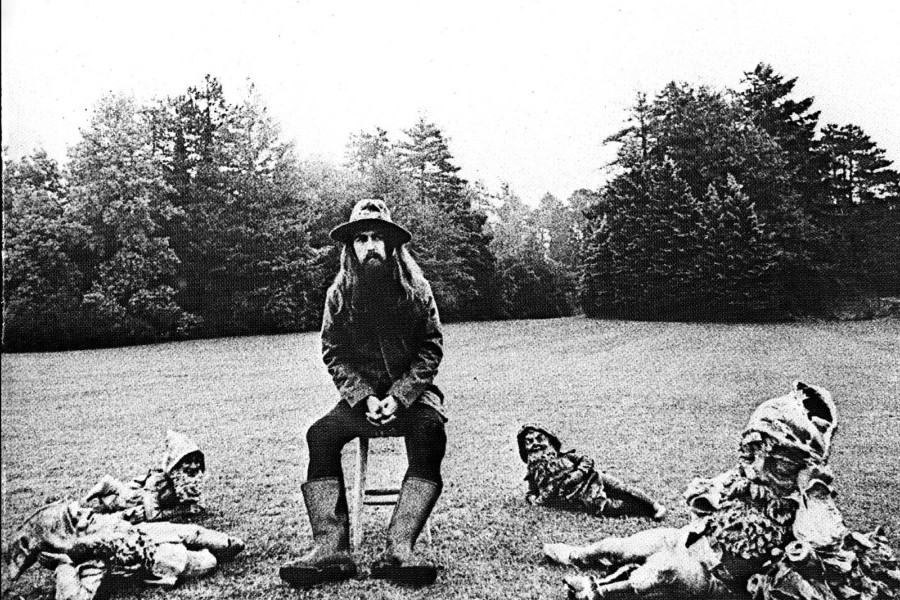 ALL THINGS MUST PASS – (from Roger Friedman/Showbiz 411) This weekend marked the 50th anniversary of one my favorite albums of all time, George Harrison’s All Things Must Pass. A real masterwork, All Things Must Pass was the first major album by any of the ex-Beatles. I can still remember buying the three LP box set (for a very expensive $12.99) at Korvette’s and clutching it until we got home. I had very heavy Koss headphones, and “My Sweet Lord” soared through them.

The title track was recorded for the Beatles originally but not released as a group track. It went on to anchor George’s release. Now Dhani Harrison and producer Paul Hicks are remixing–different than remastering– the whole album. They’ve started with this track. See how you like it. I think I prefer the 2014 remastering. The remixing makes the vocal sound a little strained and forward over the mournful instrumental. George was grieving the Beatles in that song. Who knows? Maybe I’ll get used to it.

Hicks also remixed the Stones’ Goat Head Soup box set this fall, and worked with Sean Lennon on the new John Lennon remixed Gimme Some Truth box set. I liked the former. I’ve only heard the latter on Spotify but it does sound bright and punchy. For Dhani and Hicks, the sonics of “My Sweet Lord” and “Awaiting on You All” and “What is Life” will really be the challenge. I look forward to hearing them.

No estate has done a better job than Dhani and his mom, Olivia, in preserving George Harrison’s legacy. The Harrisons are also releasing George Harrison’s “My Sweet Lord” on a 7” Milky Clear Single, individually numbered, exclusive to Record Store Day. This is a recreation of the Angola pressing of the 45 from 1970 with unique artwork. “My Sweet Lord” was originally released in November 1970 as a single, Harrison’s first as a solo artist, and topped charts worldwide; it was the biggest-selling single of 1971 in the UK. In America and Britain, the song was the first number one single by an ex-Beatle.

After hearing the new mix (check it out)

I tend to agree with my colleague Roger.

Say what you will about Phil Spector, but his work on Harrison’s debut was just amazing. I don’t know if it’s a case of hearing for 50 years Spector’s way, but it does rock out. My favorite track on the album is “The Art Of Dying” – rumored to have been Brian Epstein’s favorite Beatles song. With Harrison and Clapton’s wah-wah guitars … Jim Gordon superlative drumming … just an excellent track sounding as good today as when it was first released.

I’ve been listening to the album again and the Dylan-stuff is just amazing. As is “Wah Wah,” “What Is Life” and “Awaiting On You All.” Just an miraculous set from start to finish.

Today’s music doesn’t even come close. I think back to last week’s Macy’s Day parade and of the female singers there – just cookie-cutter. No style, no grace, just plain boring.

BRADY PASSES — Ryan Brady, a VP at Atlantic Records and a host of the Take It Away podcast, has died in a car accident at the age of 34. His death was confirmed by the coroner’s office, after he was involved in a single-vehicle crash on Thursday morning in Glassell Park, Los Angeles.

Brady, along with Chris Mercer, hosted the popular Take It Away podcast, a music podcast breaking down all of Paul McCartney’s solo releases through the decades, according to the podcast’s website. He was also the vice president of marketing at Atlantic Records. Brady described himself on his LinkedIn profile as a “Marketing maverick with a demonstrated track record of launching culture defining artist and media projects.”

He was the VP of marketing since April 2019 but held various positions at Atlantic for more than 10 years prior to that.

In an interview from in, Brady said he was always interested in having a career in music: “Yes, I was always interested in the music industry and wanted to pursue it with certainty in high school. Very simply, I love music, everything about it and what surrounds it.” He said at Atlantic, he helped build several artists’ websites and online audiences and worked with the likes of Kid Rock, Ed Sheeran and B.o.B. He also shared the highlights of having a job in the music industry: There’s nothing quite like the rush of watching an unknown artist break through into the cultural consciousness and achieve success – from struggling to having more money than they know what to do with. … There’s a big rush in that process and I’ve seen that a few times. I’m always chasing that feeling. You also get to be around other creative people and to make things from out of thin air. Is there anything better than that? If there is, I don’t want to know about it.

He was married to Anabelle Jones, daughter of Davy Jones.

RIEDEL RIGHT — This past week has been a very good one for WOR Radio morning co-host and NY Post theatre columnist Michael Riedel.

First off, Riedel was notified by his publisher, Simon and Schuster, that his new book, Singular Sensation: The Triumph of Broadway  is selling so well that they have ordered a third printing of it.

Second:  Riedel received word that the morning show he co-hosts with Emmy award winning former sportscaster Len Berman hit record breaking numbers in the November Nielsen ratings. The iHeart Radio duo have been together almost 3 years and the November ratings were their highest ever, beating their talk competitors at WABC and Joe Piscopo at The Answer as well as several other stations.

If Riedel wants to catch-up with the number of books that have been written by his morning show partner Berman, he’ll have to write four more.  All of Berman’s six books were related to sports.  Riedel is off to a strong start with his book writing career, he’s already signed for a third book. Riedel’s first book was also about theater Razzle Dazzle: The Battle For Broadway.

The fun and informative twosome head weekdays from 6-10 AM on 710 and are joined on the radio by well-respected 40 year news veteran Joe Bartlett and their Gracie Award winning executive producer Natalie Vacca.

When WOR PD Tom Cuddy paired together Berman and Riedel 3 years ago, he says, “I was unsure with what I had in forming a radio team starring two guys who had never earned a living in radio before.  But since then I’ve learned to love the lively banter between the two of them and I’m not surprised to see Nielsen confirms the growing popularity of their NY wake-up show.”

SHORT TAKES — Happy Bday to Motown’s Berry Gordy – his 91st … As we reported last time, sessions for Micky Dolenz’s Dolenz Sings Nesmith album (for 7A Records) are proceeding along. With Christian Nesmith producing, it should be an exciting project. Here’s an exclusive shot of Micky with Christian in the studio. More details coming … We hear that Freda Payne/Johnny Mathis song is due any day now. Meanwhile, her book with celebrity-scribe Mark Bego has been firmly set for a September 2021 release – via Yorkshire Publishing … And, RIP David Prowse.