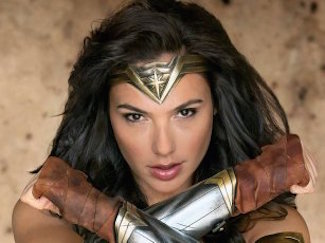 WARNER MEDIA GOES THE MAX ROUTE — Warner Media announced Thursday that their entire slate of movies for 2021 will be released via HBO-Max (for one month) – effectively killing off any hope of most movie theater chains surviving the COVID-crisis. Sure, there will be the odd release here and there for movie-houses, but for the most part, all of the major movie chains depend heavily on the releases from the majors.

Next year, Warner’s has a particularly robust schedule – including: Denzel Washington’s The Little Things, the upcoming Oscar-buzzed Judas and the Black Messiah; plus Tom & Jerry; Godzilla vs. Kong; Mortal Kombat, Those Who Wish Me Dead;The Conjuring: The Devil Made Me Do It; Lin Manuel Miranda’s “In The Heights,” ; Space Jam: A New Legacy; The Suicide Squad; Reminiscence; Malignant; Dune; David Chase’s Sopranos prequel The Many Saints of Newark; King Richard;  Cry Macho; and Matrix 4.

First out of the gate: HBO Max will soon finally premiere Wonder Woman 1984; the long-delayed follow-up to the first Wonder Woman film on Christmas day.

I don’t know what else to say regarding this, other than what I’ve already stated before: certain movies, like Wonder Woman and the long-delayed James Bone No Time To Die, are practically just getting past their shelf-life. One viewer said, he no longer wants to see Daniel Craig as Bond; it’s over and I sort of have to side with that comment. Between all the trailers; the Billie Eilish theme song (which has been released in several different versions, several different times) … it all just seems all so long ago.

Certainly, this is not the last development like this we’ll hear concerning media; Broadway may think it’s coming back in June, but I’m not so sure. And, live entertainment may never come back in the away we’ve gotten used to. Bravo to the City Winery in their COVID-tactics, but I’ve haven’t yet heard if it’s working at all.

BIG SKY DIVE —We’ve watched the three episodes so far of ABC’s Big Sky – the new Dave E. Kelley TV-opus and even though we loved the first one and that rather shocking ending, the remaining two have proved fun, but nothing like that ending in the first episode.

Kelley, who did several big faves of ours decades ago, Picket Fences, Ally McBeal, The Practice, Chicago Hope and Boston Legal seems to have locked into re-imaging certain book series to the TV format.

That’s what he did with HBO’s Big little Lies and their rather listless The Undoing.

My big David E. Kelley question was when was he going to cast his wife Michelle Pfeiffer? Well, he cast her sister Dede in Sky… and, she’s great along with Jade Pettyjohn (great name, right?).

We also love John Carroll Lynch as the evil Rick Legarski. A true anti-hero if there ever was one.

SHORT TAKES — January 29 is the official release date for Robert Miller’s (Project Grand Slam) first solo album Summer Of Love 2020; and, the first single off it will be the track “Aches and Pains” … Mark Bego’s Eat Like A Rock Star hit #3 in Amazon…

Colleague Roger Friedman reminds us that’s it’s been a decade (!!??) since the passing of Elaine Kaufman. Elaine’s on Second Avenue in NYC was a great, great institution … never to be repeated. He waxes about what Elaine would have done during the pandemic. Brilliant missive. Check it out here: https://www.showbiz411.com/2020/12/03/hard-to-believe-its-been-a-decade-since-we-lost-elaine-kaufman-everyones-godmother-and-doyenne … And, congrats to CW Hanes on his new Yorkshire book, Grandfather’s Journal – In Search Of.  Magically captivating.

G. H. HARDINGNovember 6, 2022
Read More
Scroll for more
Tap
Get Ready For Hip Hop Cinderella
What To Watch December 6th To Take Away The Blues