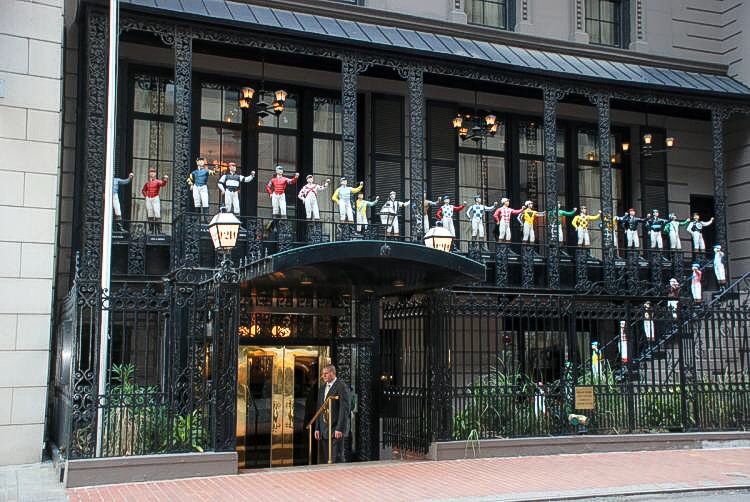 THOSE DAMN GRAMMYS —(Via Variety) After actor Tiffany Haddish told Variety that she had been invited to host the Grammy Awards Premiere ceremony but turned down the offer after being told that she would have to pay her own way, Recording Academy interim chief Harvey Mason, jr. posted a public apology on social media, and said that he had apologized to her personally as well. Mason, who took the job on an interim basis last January, said that he had been unaware of the offer and the conversation.

“It’s just been brought to my attention that the Recording Academy invited Tiffany Haddish to host this year’s Premiere ceremony,” a tired-looking Mason said in an Instagram message posted in the wee hours of Thursday morning. “Unfortunately and without my knowing, the talent booker working for the Academy told Ms. Haddish that we wouldn’t even cover her costs while she hosted this event for us.

“To me that was wrong,” he continued. “I’m frustrated by that decision. It was a lapse in judgment, it was in poor taste, and it was disrespectful to the creative community — I’m part of the creative community and I know what that feels like, and it’s not right,” added Mason, who is a veteran songwriter, producer and musician.

“Thankfully, Ms. Haddish was gracious enough to allow me to have a conversation with her. I apologized to her personally, I apologized from the Academy, and I expressed to her my regret and my displeasure about how this went down and how it was handled. And I will say,” he concluded, “Tiffany, we are sorry and thank you for allowing me to speak on it.”

Haddish told Variety earlier this week that she had been asked to host the three-hour livestreamed event without any compensation, and also that she would have to cover her own cover hair, makeup and wardrobe expenses.

“All of that would have to come out of my pocket,” she said, adding, “I don’t know if this might mean I might not get nominated ever again, but I think it’s disrespectful.”

She continued, “I was like, ‘The exposure is amazing but I think I have enough. I appreciate you guys asking,’ as much as I appreciate the honor of being nominated, that’s not okay. This is something that needs to be addressed — how many other people have they done that to? It’s like a guy asking you on a date but telling you that you have to pay for it.”

Contacted by Variety, a rep for the Recording Academy noted that the Premiere Ceremony is not a CBS program and is hosted by the Academy — a not-for-profit organization — and that all hosts, presenters, and performers have traditionally performed gratis, including this year. The rep also noted that the situation would have no impact on any future nominations for Haddish.

Haddish is nominated for her second Grammy this year for best comedy album for Netflix’s Black Mitzvah following her first nom last year for spoken word for “The Last Black Unicorn.” The 63rd Grammys will take place Jan. 31, 2021.

From the debacle last year with Deborah Duggan … to the much-buzzed about Michael Greene (remember him?) fiasco and, of course, the Music Cares imbroglio with the much-feared (at least in her mind) Dana Tomarken, I’m here to say that the Grammys should end. They have become an anachronism.

Look, the Grammys, which have long been regarded as the ultimate prize in the music industry … but, they just don’t have that anymore; truth be told, it’s kind of become an insider joke. It used to be an old boys clubs, but i n trying to re-organize it, they’ve totally screwed it up. Boy, the Michael Greene stories I could relate here … but, won’t and can’t.

When the nominations came out almost a month ago … honestly, I didn’t recognize most of them. And, to make matters worse, even Bob Dylan, didn’t get a nom for his brilliant Rough and Rowdy Ways album.

As for CBS, the ratings have been in a downward spiral for years … CBS is still making money, but they’ll find something else. The Grammys just don’t have the cachet they used too. More often than not, viewers I speak to, watch it for what could go wrong.

When the Duggan fiasco reared its ugly head last year (and, boy, what a nasty travesty that was), I had a suggestion for who should lead the Grammys and they didn’t even speak to him. I’m not saying my choice was the best, but in installing Mason they made a grievous error … look what happened? Truth be told, no legitimate talent booker would ever have behaved in that way.

I wonder who it was. Duggan? Face it, Mason is in over his head. This Haddish incident just proves it.

It’s time for the Grammys to end.

BEST ALBUMS — My album of the year is Bob Dylan’s Rough and Rowdy Ways. Just superb. His “Key West” track on is simply exquisite. Sure, it’s blatantly melancholy  … but, who isn’t; especially in this hellacious year. Might this be the final words from Dylan? I really don’t know, but I would never count him out. His best since Love and Theft.

SHORT TAKES —(via Page Six/New York Post) New York City’s iconic 21 Club restaurant is closing down after 90 years of good food and even better celebrity intrigue. The historic Midtown eatery — a favorite haunt for John Steinbeck, Ernest Hemingway and Frank Sinatra, and a dining spot for nearly every president since FDR — has shuttered its jockeys-guarded doors indefinitely. Sad … but, more landmark NYC-eateries will follow suit I’m afraid … In a surprising turnabout, our colleague Roger Friedman (SHOWBIZ 411) stated in his column, that the owners are planning to re-locate. Honestly, I don’t know where they’ll find another space like they had, but I hope it happens …

In a promo for NBC’s SNL with Bruce Springsteen this past weekend, the entire band gathers with host Timothy Chalamet and Bruce says the entire band has joined the cast; prompting Steve Van Zandt to ask … can I play Dr. Fauci? Funniest line this whole year. btw: they were terrific …Bruce Haring in Deadline yesterday posited that live entertainment won’t be coming back for quite awhile, though there will be a sharp upturn in recordings. Chilling to read. Check it out here: https://deadline.com/2020/12/this-week-in-music-live-events-lose-big-1234655555/ … RIP Charlie Pride … And, Happy Bday Deb Caponetta and Ken Melamed.