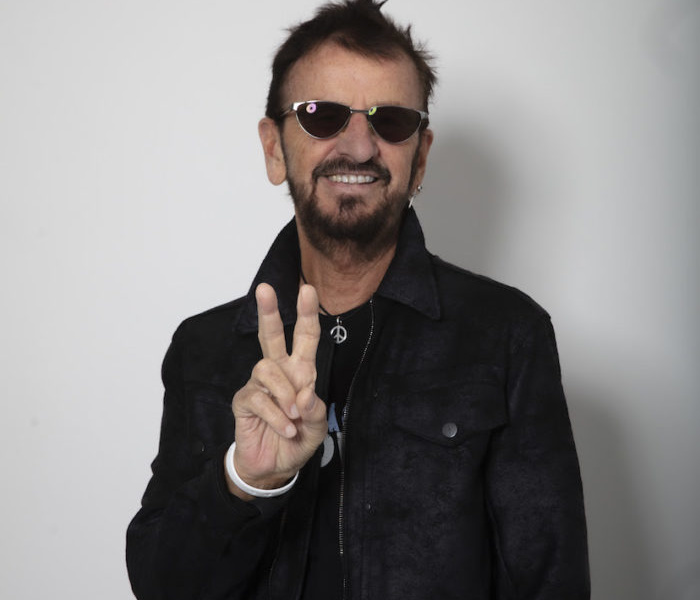 RITA HOUSTON RIP — (Via Pitchfork) New York radio mainstay Rita Houston, who served as program director and on-air host at Fordham University’s WFUV, died Tuesday (December 15) after a six-year battle with cancer. Houston had stepped down from her role at WFUV earlier this month to spend time with her family. She was 59.

Houston was program director at the New York City public radio station for more than 25 years. She first came to WFUV in 1994 from Westchester, New York’s WXPS, where she had hosted the program Starlight Express. After a stint as a midday DJ, she started the Friday-night show The Whole Wide World, giving her a platform to highlight new artists from around the world. A renowned tastemaker with an outsized presence in New York City’s live music scene, she would help shape the station’s programming from mostly folk and Americana to include modern sounds with a more global perspective.

In a statement on the station’s website, WFUV general manager Chuck Singleton said:

“Rita was the north star of WFUV’s sound and its public service, guiding the station’s musical direction for decades. She was a New York original, a trailblazing woman of exceptional talent who shaped a unique style behind the microphone—informed and informal, intimate, warm, genuine. But also, one of tremendous joy

NEW HOUSE RULES — (Via the Baltimore Sun) Before Ali Stagnitta, 26, an entertainment reporter who lives in Greenwich Village, could attend a weekend retreat in the Catskills last month organized by Soho House, a private club, she had to check off a few things.

A fashionable face mask for group meditation sessions? Check. Warm jacket and gloves for nights around the campfire? Check. A 1,600-word waiver that absolves Soho House of any liability in case she became infected with the coronavirus during her two-day stay in a tiny cabin nestled on 105 acres? Signed and emailed.

“It’s the same thing as when they take your temperature,” Stagnitta said. Besides, she noted, each party had its own cabin, in which they prepared and ate their own meals.

Also, group activities including hikes and a nature photography class were outside and socially distanced. And masks were required.

While social gatherings are curtailed in many states, many people are still trying to gather.

Coronavirus waivers that must be returned with your RSVP are becoming a new norm for social events this season, including holiday parties, birthdays, weddings, proms, large-scale celebrations and even family reunions.

Hosts say that they don’t want to be held legally responsible should a guest become infected at their event, while larger outfits like Soho House say the waivers are an extension of existing policies.

“I don’t want to take that chance,” said Andrea Adelstein, who runs NYLux Events, a company in Manhattan that stages weddings, bar and bat mitzvahs, and corporate parties. In addition to securing the caterer and florist, her company sends coronavirus waivers for event guests to sign when they arrive.

Adelstein has also signed her share of waivers. “I haven’t kept track of how many I’ve signed,” she said. “I understand why they are asking me to sign it.”

Guests are usually happy to sign, often because they don’t believe they will get infected.

“If I have to sign a waiver, I have to sign a waiver,” said Karan Eschweiler, 54, a retired public-school administrator from St. Charles, Missouri, who signed a waiver before attending a 100th birthday celebration last month at Busch Stadium for Stan Musial, the St. Louis Cardinals star who died in 2013. “What I do for fun is go to the Cardinals games. So, I kind of felt like, this is my chance to get into the stadium and do something Cardinal related.”

Scheduled for late November, it was supposed to be an outdoor parade with music and cupcakes but was turned into a drive-by party when COVID-19 cases rose in the region.

When Joe Snell, 46, who runs Central Arkansas Entertainment, a DJ booking company in Little Rock, Arkansas, was asked to sign a waiver for a September wedding, he didn’t hesitate. “I didn’t fight it because I knew we had to do it,” he said, adding that his bookings dropped to 600 from 2,600 this year. “In our industry, if you want to work, you need to be out there at these events.”

Coronavirus waivers, which surfaced when lockdowns were lifted in late spring, vary widely in scope and length. While many were drafted by lawyers, legal templates can also be found online.

Most require that the person signing the waiver acknowledge the risks of attending a social gathering, agree to comply with government health and safety protocols, inform the host if the person tests positive before the event and waive the right to sue if the person becomes infected at the event.

“In exchange for admittance into the event and use of the facility,” reads one waiver offered by a catering company in Philadelphia, “I therefore accept the risk of attending this event.”

The waiver promises to “relieve” the organizers, host, venue owners and event management company “from any loss, damage, claim and/or demand on account of injury, sickness or death arising from attending the event.”

But it’s not clear whether the waivers offer any legal protection or are enforceable in court.

“It’s not going to shield you from total liability; it’s not a slam-dunk defense,” said Seta Accaoui, a lawyer with CMBG3, a corporate law firm in Boston who specializes in liability law. “Courts are going to look into the circumstances and the situation you are presenting. They will want to know if the hosts were mindful of the risks, and what they were doing to implement safety procedures.”

Nonetheless, citing the proverbial “abundance of caution” that has become a pandemic cliché, Accaoui encourages all of her clients to use waivers.

Still, the waivers are so new that no lawyer interviewed for this article was aware of any cases that invoked them. “The only way to know whether or not the given waiver is going to be found effective is for someone to file a lawsuit and have it go all the way through the legal system and have a judge or jury make a determination,” said Patrick Schoenburg, a lawyer in Fresno, California, who specializes in litigation arising from infectious diseases.

The legal issues become murkier when the event in question violates local social-distancing rules. “You can’t ask someone to waive their rights if they attend a party that is in violation of a city or state’s restrictions,” Schoenburg said.

He also warns that waivers could backfire, should a case ever reach a trial. “What is a jury going to think about a person who held a 100-person wedding and was so aware that this was a dangerous practice that they asked everyone to sign a stupid contract they found on the internet?” he said.

That was the realization that Kiersten Clark, 24, a merchandise coordinator for West Elm in Brooklyn, reached when she was invited to her cousin’s 150-person wedding in central Florida in November. As she debated whether to go, she learned that neither masks nor coronavirus tests would be required. Then she heard about the waiver.

“My first and continuous reaction is anger,” Clark said. “They knew the chances of someone getting the virus, especially with a lack of masks, was high, and that their selfishness in continuing to have the wedding should have consequences. Hearing about the waiver sealed the deal for my decision not to go.”

She has since learned that two relatives tested positive for the coronavirus after attending the wedding.

The wisdom of virus waivers may be dubious, but when faced with the choice of signing a pro forma waiver or spending another day stuck at home on endless Zoom calls, many people will opt to sign.

“I took my 18-month-old daughter to a farm the other day, and the COVID-19 waiver form was four pages,” Accaoui, the Boston lawyer, said. “In order for me to get my picture of my daughter petting that baby goat, I had to sign that document. And so I did.”

SHORT TAKES — “Women And Wives” is the go-to track off McCartney 3 –  just out. Just a splendid album …

Just announced is a possible re-boot and update of L.A. LAW – for ABC; the original was on NBC, which ran for eight terrific seasons courtesy of Steven Bochco. The real interesting thing is that just Blair Underwood, from the original run, is targeted to star – no Arnie Becker? We love Underwood, but he’s been in more series that haven’t made it to a Season Two than we care to remember. Actually, we loved him in 2010’s The Event where he played the President. Remember that one? … These re-boots have become the in-thing, but remember, a re-boot of NYPD Blue was announced last year and never made it. Funny, my fave Jimmy Smits was in both shows …

ABC’s David E. Kelley hit Big Sky had its winter finale this week, featuring the possible murder of prime-character Rick Legarski (played by John Carroll Lynch). Say it isn’t so. I think it was all a dream. The Twin Peaks-inspired series has been good, but the debut hasn’t been matched yet … Mark Bego’s Eat Like A Rock Star (Skyhorse) paperback release jumped Friday to #2 onAmazon. Congrats …

Ringo Starr’s newest single “Here To The Nights” is a Diane Warren song and is very Ringo-ish. But, how come she’s not on the record …. or, video? He’s got a host of names: Sheryl Crow, Beatle-mate Paul, Ben Harper, Dave Grohl, Jenny Lewis, Lenny Kravitz, Nathan East, Joe Walsh; Steve Lukather; Chris Stapleton …. but, no Diane. Odd, right? It’s off Ringo’s forthcoming EP, cleverly titled Zoom In … I’ve been keeping up with CBS’ Star Trek: Discovery and think I know why it seems so odd. Great special effects and all, but the characters just aren’t all that strong; not that you want to root for them. Jason Isaacs as Captain Gabriel Lorca (great name, right?) is good, but almost every episode has been somewhat scattered. I’ll give it an E for efforts … Donnie Kehr played several concerts last week with his Greatest Piano Men show in Ocala, Florida … Lots of chatter about Tom Cruise’s outbursts on the set of his latest Mission: Impossible opus. To me: well-intentioned, but he should have handled it much, much better. It is not a good piece of PR – although we hear he and co-star Hayley Atwell are dating. We checked in with PR-guru David Salidor who said: “In this day of everything getting out whether it’s Monica Lewisnky’s blue dress or Harvey Weinstein, how could he not think it would not get out? The message was right on, but it could have been delivered a lot more diplomatically.” As of today, 5 crew members have quit the production … Next week is Universal’s virtual-premier of their new Tom Hanks movie News of the World– directed by Paul Greengrass. I hear it is sensational … Happy Bday Billy Amendola.