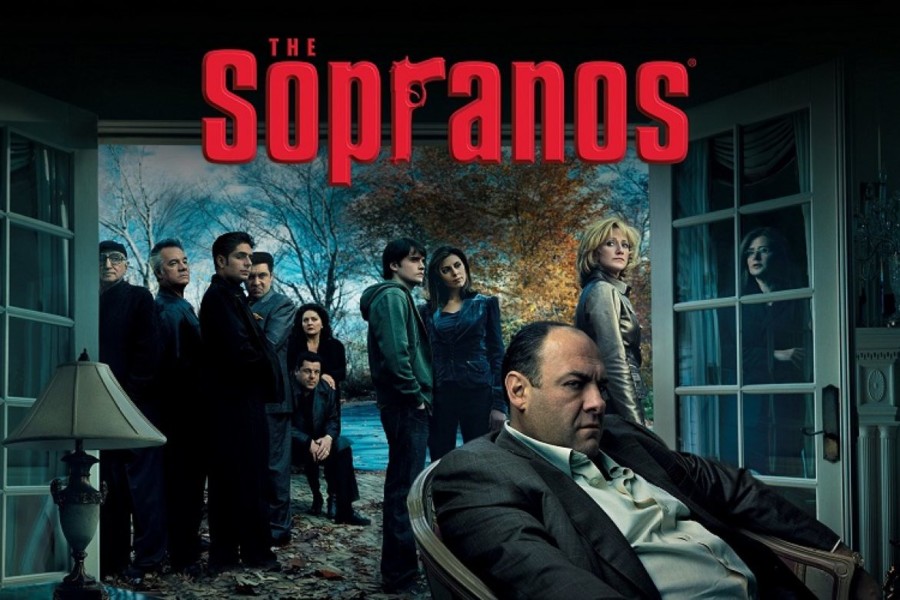 BADA BING, BADA ZOOM— The cast of one of the most memorable shows in television history, HBO’s The Sopranos, reunited last for a special table read to benefit actor and former fireman Steve Buscemi’s favorite charity, Friends of Firefighters.

Highlighting the gathering was a cast read of a brand-new sketch co-written by series creator David Chase and longtime writer/executive producer Terence Winter.

Titled Bada Bing, Bada Zoom, the sketch had cast members reuniting for an online group therapy session with Dr. Jennifer Melfi, the therapist who coaxed Tony Soprano (the late James Gandolfini) through many difficult moments on the series.

The 2.5-hour reunion raised more than $100,000 for Friends of Firefighters, slightly more than its goal. There will be a follow-up gathering chaired by Buscemi later this month with some different celebrity friends for the same charity.

Before the read, the cast reminisced about their days on the show, which ran for six seasons from 1999 to 2007 on HBO.

Topics touched on included auditioning for the show, which included Drea De Matteo’s one line (“Ow!”) and Steve Schirripa allegedly timing his audition to the lunch spread by Craft Services.

There were also several fan questions. Among them: Why was the “real Boss,” aka Bruce Springsteen, never on the show? Steven Van Zandt, who played consigliere Silvio Dante on The Sopranos and is also part of Springsteen’s E Street Band, revealed that there was talk of having The Boss appear as Silvio’s brother, but it never came to fruition. Still, Van Zandt said, the band had tapes of the show delivered to them while touring and all gathered as a group to watch.

One poignant moment came when David Chase was asked to talk about James Gandolfini, who died in June 2013. Chase appeared overcome with emotion and struggled to find words to describe their relationship. “I’ve said once that we were like brothers. And we didn’t even get along that well. I don’t know what else to say. I can’t…” He added later: “He never protected himself,” when asked to take an acting risk. “He would just do it. Not always happily. But he would do it.”

Chase also allowed that killing off any character on the show was tough, even though the cast joked about the fabled “Lunch of death” where Chase would break the news.

The cast was also asked to name their favorite character in the series. Aida Turturro, who played Tony Soprano’s wayward sister Janice, named her TV brother. Edie Falco, who played Carmela, the long-suffering wife of Tony, named “the one-legged Russian girl, Svetlana. And Jamie Lynn Sigler nominated Carmela and Uncle Junior (Dominic Chianese). “He was so funny. I didn’t realize how funny he was.”

Schirppa had the comment of the night on that subject. He named “Paulie Walnuts (Tony Sirico). “The wings are iconic. Him and Grandpa on The Munsters were the only ones.”

CLAY SMITH RIP — (Via Deadline) Clay Smith, who spent many years as a senior producer at Access Hollywood and Entertainment Tonight, died Friday night in Palm Springs, Calif. after a long battle with cancer, according to a friend. He was 69.

“Clay really invented music coverage for TV entertainment news shows,” said Deadline critic and columnist Pete Hammond, who worked with Smith for many years. “He knew everything and everyone in the music industry and brought it to a new level in all the years he was at ET, where we both originally started in the research department. He was a real pioneer and highly regarded by all.”

Smith grew up in Kansas City, Missouri as one of three children, and later studied at the University of Missouri. He worked at Arista Records in the late 1970s and was briefly an artist manager and music supervisor.

Smith joined Entertainment Tonight in 1983, segueing after 14 years to Access Hollywood in 1997 as a supervising producer in charge of music coverage and the segment producers, among other duties.

He became the show’s movie critic in 2002, and was the featured reviewer on its “Critic’s Picks” segment. Smith appeared on KNBC and other NBC owned & operated stations across the country, and on MSNBC as a critic.

In 2005, he returned to Entertainment Tonight as a senior supervising producer, where he continued his on-air movie reviews for ET’s companion show, The Insider.

In 2014, he received an Emmy Award as senior supervising producer when Entertainment Tonight won for “Outstanding Entertainment News Program.” He retired that year.

Survivors include a sister and life partner Ralph Dailey. No information was immediately available on memorial plans.

I worked with Clay yeas back, with a number of music clients I represented and found him to be the consummate professional; but, with a jovial sense of fun about the whole industry. A total pro for sure, he made all the tweaks one had to constantly make a total joy. Adds PR-pasha David Salidor, “When we handled Debbie Gibson in the late 80’s, we worked with him constantly and he was always suggesting the next best thing. He really was the guy that made all those music-personality interviews work as well as they did. Whether it was Madonna, or Run-DMC, he finessed them all.”

SHORT TAKES — Why wasn’t actor Robert Funaro in the recent Sopranos-table read re-union? … Toronto-based Tyrone Biljan weighed in on our recent Star Trek: Discovery comments saying that the show does get a lot better in Season 2 …

Here’s a shot we just had to run: Donnie Kehr at The Villages in Ocala, Florida on his Greatest Piano men show. Too wild! The man definitely loves his piano! … This week are the series finales of CW’s Swamp Thing (based on the 1982 Wes Craven movie) and Fox’s NEXT with John Slattery. Swamp Thing was suddenly shuttered due to some sort of financial fracas, but I have to tell you, it was extremely well-done. Totally shot on location and in the swamp; it had an authentic look of mystery usually lacking in most TV-shows. Too bad it was cut short as I could have seen this series running many years. NEXT, with the brilliant John Slattery, came out of the gate firing on all cylinders. An AI device run amok … what a concept! Unfortunately, shows 4, 5 and 6, dragged and how they resolve everything this week … I do not know. Manny Coto, who worked on 24, again had a brilliant concept, but the execution should have been much better. As I’ve said before, Slattery reading the phone book would be great; he’s an amazing actor. Check him out in The Adjustment Bureau with Matt Damon. A terrific, unheralded movie … Tom Hanks’ newest News of the World screens tonight courtesy of Universal … And, we’ve got an upcoming interview with CW Hanes’ and his Grandfather’s Journal In Search Of (Yorkshire Publishing).