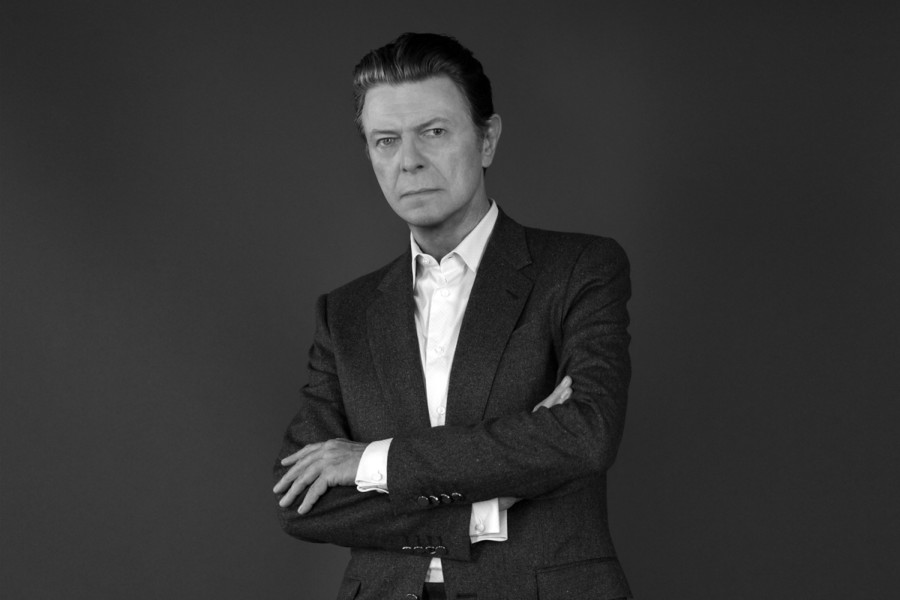 The Heroes singer not only lived the sex, drugs and rock ’n’ roll lifestyle to excess, he was an enigma just waiting to be unravelled on the silver screen.

But with the fifth anniversary of his death this past weekend, the first biopic about Bowie has been upended by a bitter row between the film’s makers and the star’s friends and family.

In Stardust, which is being streamed from next Friday, Johnny Flynn, half-brother of 1990’s Soldier Soldier actor Jerome Flynn, portrays a young Bowie down on his luck.

In the movie the singer’s first US tour in 1971 goes so badly wrong that he ends up playing to an audience of vacuum cleaner salesmen.

It is the kind of triumph-over-adversity tale that turned 2018 Queen biopic Bohemian Rhapsody and 2019’s Rocketman, starring Taron Egerton as Elton John, into box office smashes.

But the problem is, while those movies featured hits by their subjects, Stardust does not contain a single Bowie track.

The singer’s son Duncan Jones, himself a film-maker, has attacked the movie on social media and Bowie’s first wife Angie did not want it made — while both refused to license any of his songs for the film.

But Johnny blasted back, saying Stardust was better off without him singing Bowie’s hits.

The small-budget movie has also angered relatives of record label executive Ron Oberman, who died from dementia in 2019 aged 76. In the film he is seen going on a road trip across America with Bowie, then 24.

Since his death from cancer in 2016, Bowie’s legacy and fortune has continued to grow, selling millions more records and finding new fans.

There have been countless business offers made to his estate, but because he left a £74million fortune his family — including widow Iman — had no need to cash in on his memory.

Bowie never wrote an auto- biography and did not want a biopic to be made about him.

In interviews he would often hide behind one of his personas, such as bisexual alien Ziggy or the fascist Thin White Duke, from the era of his 1976 album Station To Station.

The singer, who was born David Jones in Brixton, South London, told one journalist: “Don’t expect to find the real me, the David Jones underneath all this.”

The film attempts to explain Bowie’s fondness for using alter egos, by looking back at the history of schizophrenia in his family.

His half-brother Terry Burns was sectioned in a psychiatric hospital and took his own life in 1985 at the age of 47. Three of his aunts had mental health problems, with one diagnosed with schizophrenia and another lobotomized.

Bowie feared it was hereditary and he might also lose touch with reality.

Johnny maintains that Stardust was able to include scenes about mental health problems because it was made independently. He said: “If this were a bigger-budget movie a studio would probably tell you to take that stuff out. That happened with the Queen film, which is why it ended up with its manipulated, emotional finale.”

Johnny, 37, insists that Stardust has more integrity than Bohemian Rhapsody, even though Rami Malek won an Oscar for portraying Freddie Mercury.

Instead, after being refused permission to use Bowie’s material, Johnny simply wrote his own songs for the movie.

Its producers had realized Bowie’s 1971 American tour would be the right moment to set their biopic. The US authorities had banned the singer from performing any of his songs live because he didn’t have the correct work permit. So instead he played cover versions of other acts.

But even though Michael Oberman says he offered to tell the Stardust scriptwriters what happened during that tour, he adds that he was not contacted by the director, Gabriel Range, until after Stardust had finished shooting.

He said: “There was no trip, that never happened. But there were so many good, funny things that did happen which didn’t make it into the movie.”

Photographer Michael, 72, previously a rock journalist, was there when Bowie turned up at the Oberman brothers’ family home in Silver Spring, Maryland, on his first night in the States.

When they went for a meal at a local steakhouse, the waitress looked at the effeminately dressed Bowie strangely and pulled a curtain around their booth so other customers couldn’t see them. Then Bowie went back to Michael’s house, where, despite his reputation for taking illegal substances, he turned down the offer of smoking cannabis in a water pipe, or bong — because he wasn’t into “hash”.

Michael recalled: “David and my brother and one of the bands I was managing called Sky Cobb came back to my house and it was David’s first ever time seeing a bong.”

Even though Bowie was in America to promote his third album The Man Who Sold The World, and had enjoyed a hit with “Space Oddity” in Britain, he was not famous in the States back then — so much so that Sky Cobb had no idea who he was.

Michael is angry that he is shown in the film as not knowing who Bowie is and asking if he is a “novelty act”, even though he had interviewed the singer two years earlier and was a fan.

He believes the depiction of his brother Ron is even worse. He is played by Marc Maron, who at 57 is more than twice Ron’s age in 1971. And in the film he is made out to be a loser publicist who swears all the time, whereas Ron was director of publicity at Mercury Records and never cursed.

For Michael, Johnny does not grasp the essence of Bowie’s true character.

He said: “Johnny Flynn’s version of David being so insecure was not the David I knew.” But while many other details of the film are wrong, some elements are roughly correct.

Bowie really did come back from the 1971 tour inspired to transform himself into the glam rock legend Ziggy Stardust. It happened after Ron gave him a record by an American singer called The Legendary Stardust Cowboy.

And Bowie started recording his most influential album, The Rise And Fall Of Ziggy Stardust And The Spiders From Mars, in Nov-ember of that year.

It went gold in the US and propelled Bowie to stardom, not just on the other side of the Atlantic, but worldwide.

There is also an amusing scene where Bowie thinks he has been chatting to the Velvet Underground’s lead singer Lou Reed, unaware that he had left the art rock band by that point.

In fact Bowie was talking to Doug Yule, who had replaced John Cale as bassist in the group.

But Michael thinks that even if Stardust had got everything right, Bowie’s son would still never have given the movie his blessing.

He said: “It wouldn’t matter if Jesus Christ came back to life and wrote the screenplay and it was perfect, Duncan wouldn’t license the music for the film because David didn’t want a film to be made about him.”

Interesting article from The UK’s Sun. If you don’t have the artists’ songs … and, they’re the subject of the movie … that’s a problem. Bohemia Rhapsody used Queen’s music, as did the Elton-biopic … and, more importantly they were sanctioned by the right people.

I knew Ron Oberman and he was a talented individual for sure. Imagine: launching David Bowie!

I’m a huge Bowie-fan and will watch this movie knowing the controversy. I always thought Bowie’s story would make for a great, great movie, but if he didn’t want it, I guess it’s not meant to be.

The B-side of the Canadian single was “She Hangs Out,” a song that The Monkees would not “officially” release until nine months later on their Pisces, Aquarius, Capricorn and Jones album. The single featured a completely different version with a very funky R&B feel to it; The Monkees would eventually re-record this track and release the “pop / doo-de-ron-ron” version we’ve all come to know and love! T

hey instead substituted Mike Nesmith’s composition “The Girl I Knew Somewhere” as the B-side, and that’s the way the single was released all around the world (part of their new deal with Colgems Records guaranteed them say-so on their next release … which had to be a Monkees production! Kirschner’s jumping the gun with the “She Hangs Out” track is what ultimately got him fired!). The R&B version of “She Hangs Out” became a highly sought-after collectible on vinyl; it has since been released on some of their compilation CDs.

A CHAPMAN WIN — (via SHOWBIZ 411) Pretty much all of hip hop is based on sampling or stealing. Now Nicki Minaj has learned a lesson the hard way.

Minaj, who couldn’t write a lullaby, stole Tracy Chapman’s great song, “Baby Can I Hold You Tonight.” Minaj re appropriated it for something she called “Sorry.” Now she’s REALLY sorry.

Nicki has to pony up $450,000 to Chapman in a settlement. It’s too funny. Chapman is on an infamous no-sample list, but Minaj’s people tried to clear the sample anyway. When they were rejected they left the song off of Minaj’s “Queen” album. But “Sorry” was recorded, and it made it out onto lots of platforms including YouTube.

Chapman says in a statement: “I am glad to have this matter resolved and grateful for this legal outcome which affirms that artists’ rights are protected by law and should be respected by other artists. I was asked in this situation numerous times for permission to use my song; in each instance, politely and in a timely manner, I unequivocally said no. Apparently Ms. Minaj chose not to hear and used my composition despite my clear and express intentions.”

Chapman adds:  “This lawsuit was a last report — pursued in an effort to defend myself and my work and to seek protection for the creative enterprise and expression of songwriters and independent publishers like myself.”

Here’s Chapman’s “Baby Can I Hold You”:

Most contemporary artists do one style of song only. These days, it’s pretty much one-and-done with most new artists. The producers essentially do it all and the vocalist or artist, is just another cog in the wheel.

The only contemporary new artist I can think of who can do it all … is Harry Styles … and, that’s why he’s a success.

SHORT TAKES — This past weekend was the 29th anniversary of Debbie Gibson’s first appearance on Broadway; performing in Les Miserables; Cabaret; and Disney’s Beauty and the Beast. Congrats … Terrific Willie Geist interview with Rachel Brosnahan from the Marvelous Mrs. Maizel. No mention of the fact that she is the niece of the late-designer Kate Spade and I did not know she was in, and Emmy-nominated, for Netflix’s House Of Cards. Riding around in a double-decker bus, while snowing in NYC, it was excellent …

Boy, Project Grand Slam’s Robert Miller, hit it right on the head when he wrote and released “You Can’t Tell The Truth” about the current President. A former lawyer who has worked for and against Trump, he definitely knew what would happen, even last year. With a pulsating bass and prescient lyrics, the track is on Miller’s first-ever solo album Summer of Love (2020) out January 29 on Cakewalk Records. Check out the track here:

G. H. HARDINGJune 10, 2022
Read More
Scroll for more
Tap
What to Watch in The New Year: Jan 10
Enter The World of Prismatica