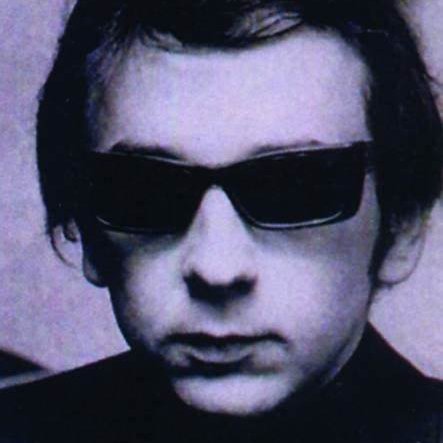 SPECTOR-ISM — It was really quite astonishing to see the amount of ink on the weekend passing of Phil Spector (Kent Kotal’s Forgotten Hits and the Rolling Stone were the best!). He really did have quite the career – making music that has lived for decades and will continue live on. In these instant-news days, it’s always curious to see what readers posted online: many claimed he was a murder and like Jeffrey Epstein (and, shortly Harvey Weinstein) they will get, and got, what they deserved. Others, lauded his music achievements and even ex-wife Ronnie Spector, chimed in and when said “he was a great producer; but a lousy husband.”

For me … I wish I had met him. We were at several of the same events, but it just never happened. I really enjoyed Roger Friedman’s reminiscence of meeting Spector at Elaine’s, sitting with him, when Spector made sure his holster and gun, were in plain sight of Friedman.

A musical genius for sure; his inner demons finally got the best of him. Every time I listen to All Things Must Pass I am in awe of his prowess. Interestingly, news came out over the weekend that All Things Must Pass would be re-released shorty without Spector’s patented wall of sound. Would that be better? Certainly not … it’ll be different. My take is that listeners will see exactly what Spector’s wall of sound brought to it.

Obviously, he didn’t mean to kill Lana Clarkson … it was mischievous gun-play gone wrong. He enjoyed playing the part of Phil Spector too much. I’ve known and know people like Spector, who like to push the envelope. To me, that night when the murder occurred … that’s what happened.

JERRY BRANDT RIP— I knew Jerry Brandt mostly for his Ritz in downtown Manhattan. It was just a terrific club; never to be repeated. Kid Creole & The Coconuts were essentially the house band there; appearing multiple times and forming a special bond with Brandt. The Ritzwas just a marvelous club in every way.

From the acts they booked there to the overall atmosphere; professional for sure, but with an eclectic flair. Just some of the acts that appeared there include: The Talking Heads; Prince; Iggy Pop; Tina Turner; U2; Guns ‘n Roses; Prince; Beastie Boys; Sting; Frank Zappa;  Run-DMC; Duran Duran and Lou Reed.

That said, I actually met Jerry when he was promoting a new act called Jobriath (aka Bruce Wayne Campbell), He was reputed to be the next David Bowie. From his overall appearance, to his first album in 1973 on the long-gone, much missed Elektra Records. There was a formidable budget established for promoting him and Jerry just did a stellar job. In the end … it didn’t work. I felt at the time, that the comparisons to Bowie worked against him. Truth be told … I would have done it differently, but I was terrifically impressed with Jerry’s efforts as manager. Shrewd, but terrifically talented. But, next up for Jerry was his Ritz success.

From there Jerry opened a club called Spo Dee O Dee on 23rd and 11th in NYC – it was a terrific outpost as well. Not channeling the same vibe as The Ritz, but it was a fun ride – more intimate and mellow. I actually attended a birthday party for Jerry last year, I think it was his 70th and saw friends like Marcia Resnick, David Salidor and Anthony Hayden-Guest there. Stellar individual for sure. He’ll be greatly missed.

SHORT TAKES — Believe it or not, I’ve been hooked on Jeopardy. I wanted to watch Alex Trebek’s last five shows, but have become a fan. I actually learned that the Righteous Brothers got their name from an R&B fan who called them righteous … brother.

Funny story … Lupin on Netflix is pretty brilliant. Without much fanfare the 5-episode shows features a character trying to extract revenge on a family he believes was responsible for his father’s death. Fellow viewers have described the show to me as a re-telling of the classic French story about Arsene Lupin; the world famous gentleman and master of disguise. Watching it, I felt a vibe similar to the terrific movie Now You See Me (2013), directed by Louis Leterrier. Imagine my surprise when I saw that 2 of the 5 episodes were directed by Leterrier. Lead Omar Sy is exceptionally brilliant. I’ll say it was one of the 5 best shows I’ve watched since the lock-down began almost a year ago. The only questionable tactic was ending the show with a major cliffhanger.

I didn’t expect that … Bass-player extraordinaire Robert Miller, who fronts Project Grand Slam, has released “House Of Shame” – an anthem for the impeachment. Miller calls it his “Ohio.” Chilling and true. Brilliant work … And, Romeo Delight’s February 5 show at Philly’s Sellersville Theater is sold-out. Congrats.

G. H. HARDINGSeptember 23, 2021
Read More
Scroll for more
Tap
What to Watch in The New Year: Jan 19
Broadway is Represented at The Critics’ Choice Television Awards by Hamilton, What the Constitution Means to Me, Ashley Park, Daveed Diggs, Christine Baranski, Andrew Rannells and More