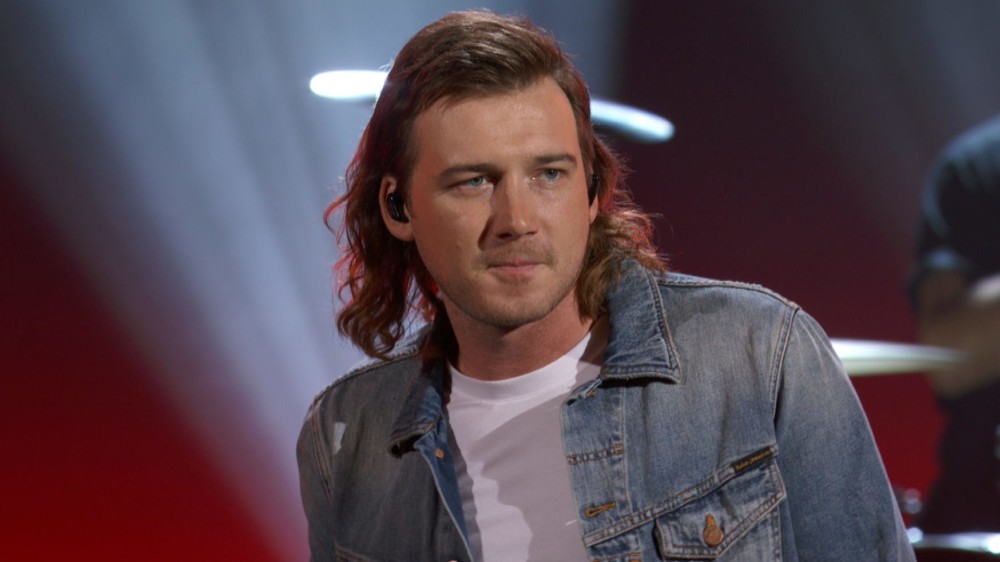 ONCE BITTEN, TWICE SHY — (via Washington Post) In one of the swiftest downfalls for a country star in modern history, Morgan Wallen was suspended indefinitely by his record label and removed from hundreds of radio stations across the country Wednesday after he was captured on camera saying the n-word.iHeartMedia and Cumulus Media, the country’s top two radio conglomerates, pulled his music effective immediately, as did several other chains. CMT stopped playing his music on all television and digital platforms. Cumulus was the first company to act, sending a message to its program directors shortly after TMZ posted a video Tuesday night that showed Wallen loudly returning home with friends this past weekend. A neighbor, apparently annoyed by the racket, started filming the scene and caught Wallen using the racial slur.Wallen released an apology Tuesday to TMZ: “I’m embarrassed and sorry. I used an unacceptable and inappropriate racial slur that I wish I could take back. There are no excuses to use this type of language, ever. I want to sincerely apologize for using the word. I promise to do better.”Big Loud, his independent label in Nashville, said Wednesday in a statement that they made the decision “in the wake of recent events.” It added that Republic Records, the Universal Music Group-owned major label partner who also promotes Wallen, “fully supports Big Loud’s decision and agrees such behavior will not be tolerated.”The fallout is a shockingly abrupt pivot for the industry, which has turned Wallen, 27, into one of Nashville’s most profitable hitmakers over the last several years. His latest album has been No. 1 on the Billboard 200 chart for the last three weeks. He’s had sold-out tours, a string of No. 1 radio singles and shattered streaming records for country music. (Variety reported that Apple Music took him off its homepage, and Spotify removed him from its top country songs playlist.)His removal from radio, known as the defining way to become a star in country music, is especially unprecedented: The last time a top-selling country act was pulled from radio this quickly across the board was in 2003, when the Chicks were punished for criticizing President George W. Bush.

More notably, the immediate consequences for Wallen’s racist language is a stunning reaction from a genre that largely likes to sweep problems under the rug, tries to suppress talk of anything political or controversial and generally plays by the idea that silence is best. Typically, the playbook for White male stars who do anything offensive is: release an apology, maybe lay low for a few days and then resume their journey to country music stardom. In an overwhelmingly White genre that has systematically excluded women and people of color through the years while making many excuses for its male stars, it’s a depressingly effective strategy.Wallen was already a beneficiary of this system multiple times. Last May, he was arrested at Kid Rock’s bar in downtown Nashville for disorderly conduct; after a brief apology, he posted a smirking photo of him standing next to Kid Rock with the caption “Fresh Out.” In October, NBC’s Saturday Night Live disinvited Wallen as a musical guest after viral TikTok videos showed him partying maskless with college students at the University of Alabama several days before he was set to appear on the show, in violation of their coronavirus protocols. After another apology where Wallen admitted he “had some growing up to do,” he made a triumphant return to SNL in December, where he was rewarded with a sketch that poked fun at him violating pandemic safety measures.

To me, this kid has bad, bad management and bad, bad people around him. The first SNL hit could realistically be excused; but this second one … no way Jose. Sure, he’s probably a firecracker and from what I hear a pretty good performer, but these days with cameras everywhere … one has got to exercise extreme caution. Cocky, brash, inexperienced? All that and more.
Do I feel sorry for him? No way … he has only himself to blame.

SHORT TAKES — Why all the buzz about Bezos? Sure, he’s stepping down … but, to another role at Amazon. Believe me, with an estimated worth of 184.6 billion, he’s not going anywhere. Hard to fathom that the company started as an online service for books. Dare to dream for sure …

Kaley Cuoco’s first solo-series The Fight Attendant nabbed 2 Golden Globe noms for actor and producer. Pretty nifty if you ask me. Sure, the 8-episode series was a tad bloated, with tons of narrative each episode, but she was great … as were co-stars Zosia Mamet and Rosie Perez. Already renewed for a Season 2. Congrats … The Globes nominations were pretty good, but I can’t believe they overlooked Spike Lee’s Da 5 Bloods. I mean, that movie was even more relevant when they released it with the newly-launched Black Lives Matter movement. And, Delroy Lindo’s performance was off the charts. A snub for sure. Pretty Amazing. Regina King’s One Night In Miami got three noms; Best Director for King; Leslie Odom, Jr. for Best Supporting actor for his portrayal of Sam Cooke; and, one for Best Song. Kudos! No Meryl Streep for Let Them Talk or The Prom; Tom Hanks too was missing. He was just excellent in the understated, but brilliant News of the World;

but, thank goodness Hugh Grant was in there for HBO’s The Undoing. Kind of a silly show if you ask me, but Hugh was just excellent … Ken Jennings is pretty great as the first guest-host for Jeopardy. Wednesday it was announced that Savannah Guthrie will do a guest-week too. She should be fabulous. Next up as a stunt-host: Katie Couric …

And, whatever happened to Adrian Niles? A brilliant singer/songwriter who opened for the New Riders of the Purple Sage at B. B. King’s in 2012. He had two songs of TV’s Justified too. PR-pasha David Salidor introduced me to him back then when he was managing him. So talented … then gone in a flash.