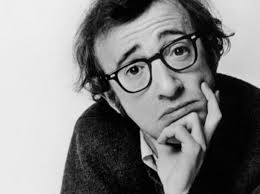 Directed by Oscar-nominated documentarians Kirby Dick and Amy Ziering, the four-part series titled Allen v. Farrow goes behind decades of sensational headlines to reveal the private story of one of Hollywood’s most notorious and public scandals: the accusation of sexual abuse against Woody Allen involving Dylan, his then 7-year-old daughter with Mia Farrow. The Amy Herdy-produced series chronicles Allen and Farrow’s subsequent custody trial and the revelation of Allen’s relationship with Farrow’s daughter, Soon-Yi Previn.

HBO will debut the first episode on Feb. 21 at 9 p.m., with new episodes airing on subsequent Sundays at the same time. Allen v. Farrow will also be available to stream on HBO Max.

The series, which was shot in secret, is reminiscent of HBO’s involvement in the Michael Jackson documentary Leaving Neverland, which also tackled a once-beloved artistic genius accused of pedophilia. That docuseries also was made under the radar and announced just days before its Sundance launch, followed by a March 2019 release on HBO.

Once celebrated for their on and off-screen partnership, Farrow and Allen’s lives were irrevocably fractured and their sprawling family torn apart with the public disclosure of the abuse allegations in 1992 and the vitriolic disputes that followed.

Featuring new investigative work pieced together via intimate home movie footage, court documents, police evidence, revelatory videotape and never-before-heard audio tapes, Allen v.Farrow also includes exclusive, in-depth interviews on the subject with Mia Farrow, Dylan Farrow, Ronan Farrow, family friend Carly Simon, prosecutor Frank Maco, relatives, investigators, experts and other first-hand eyewitnesses, many of them speaking publicly about the events for the first time. The series also offers prominent cultural voices that explore Allen’s body of work in a broader context and reflect on how public revelations about the personal lives of artists can lead to reevaluations of their work.

Allen v. Farrow includes an intimate look at Farrow and Allen’s charmed courtship and emergence as one of Hollywood’s power couples, making 13 influential films together over a decade. In time, Allen became a father figure to Farrow’s children as well as their shared children. Yet, threaded throughout all of their professional success and personal achievements, there were dark undercurrents at play. Allen v. Farrow examines the devastating effects of trauma on a family and delves into the skepticism and backlash that can result from an accusation.

Dick and Ziering are no strangers to tackling polarizing subjects, including accused hip-hop mogul Russell Simmons in the acclaimed HBO Max doc On the Record, currently in this year’s awards-season mix.  Their doc The Invisible War delved into the subject of sexual assault in the military and led to sweeping policy change. The duo’s work has been recognized by every major film and TV award body and has spawned two Oscar nominations, an Emmy, a Peabody, the Alfred I. duPont-Columbia University Award and the George Polk Award.

VILLAGE CIGARS — (Via Gothamist) The iconic, wedge-shaped cigar store on the corner of Seventh Avenue South and Christopher Street in the West Village is on the market.

In addition to the Village Cigars store itself, the parcel includes the city’s smallest piece of private land, the Hess spite triangle, a two-foot-long tiled sidewalk mosaic that proclaims “Property of the Hess Estate, Which Has Never Been Dedicated for Public Purposes.”

The property’s price tag is reported to be $5.5 million, Real Estate Weekly reported.

Jonathan Posner, who inherited the property from his father, said the pandemic made running the store financially untenable.

“The income from the store is greatly reduced. In light of that, the building, as high profile as it is… I’m a Village resident, as much pride as I take in owning that building, as an investment in real estate, it is not that,” Posner told Gothamist.

He noted that the large billboard atop the cigar shop is still bringing in income, but not enough. “At the end of the day it doesn’t add up,” he said. “If this building wasn’t interesting, or fun to own, I would’ve sold it a while ago.”

The new owner will also acquire one of the most intriguing pieces of city lore in the Hess triangle, whose provenance starts around 1910, when nearly 300 buildings in the neighborhood were slated to be torn down to widen streets and construct the new subway line. One of the casualties of this project was The Voorhis apartment building, owned by David Hess (no relation to the oil company).

While Hess lost his property to the city, due to an oversight he held on to a small parcel — all that remained by 1914 was what became known as the spite triangle, measuring in around 27½” x 27½” x 25½”. The city asked the family to donate it, but they refused, and on July 27th, 1922 they installed the defiant mosaic.

Posner said he doesn’t expect the property to languish on the market.

“I suspect it will bring a very attractive price,” he said. “I’d expect people to be beating each other over the head with bats to get this. People would want it out of ego or future interest. It’s unlike anything else that I own.”

Known as Sheridan Square in NYC-eese, it was a landmark … and, will be missed.

SHORT TAKES —Chester Thompson. Know that name? He made his bones as the excellent drummer for the group Weather Report and with Frank Zappa. He also played with Genesis , Santana and Phil Collins. Check out this brilliant interview with Rolling Stone’s Andy Greene:  https://www.rollingstone.com/music/music-features/drummer-chester-thompson-interview-genesis-phil-collins-frank-zappa-weather-report-1122064/ …

Interesting how the re-imagined Along Together Again album from Dave Mason (which was released last November) seems to have laid one big egg. That said, some really great media pieces have emerged on Mason;  a sadly underrated artist for sure. Kudos to his PR-people. We still haven’t received a copy of the album, but what I’m hearing is that, as good as the re-imagined songs are … there’s just no beating musicians and talents like Leon Russell; Bobby Whitlock; Eric Clapton; Jim Gordon and Rita Coolidge, who appeared on the original disc. We also caught another FB-interview with Mason and the interviewer, who claims to be writing a book on Mason, was a bit more in control this time around. In his first interview shot, he asked Mason how a recent guitar-seminar he participated in had felt. Mason, looking askance into the Zoom-camera, said he had never done it! I wonder if we’ll hear about Jason Cooper, Bob Krasnow, Tommy LiPuma and Blue Thumb Records in the book? By happenstance I know where all the bodies are buried! I’ve been listening to Mason’s “It’s Like You Never Left” all week; from his 1973 album of the same name and, boy, what an infectious hook and melody. Mason, without a doubt, is one of the true, great unappreciated artists of all time.

Check out the track here:

… One of the true behind-the-scenes players, Tony King, is interviewed in the new British GQ. King’s worked with The Beatles; Elton and Jagger …. can’t wait to read this one … I know I’m a bit late to the party, but we just started watching Ted Lasso on Apple TV and I have to say, it’s just brilliant. One of the most thoughtfully conceived comedies I’ve seen since the days of Frasier. Just terrific all around; the casting; the writing; the acting. Jason Sudeikis is nothing short of phenomenal. The real find here is Brit-actress Hannah Waddingham … she’s off the charts. Also, Juno temple -who I’ve loved for years- is spot-on.

Ted Lasso just received Golden Globe noms as well as some SAG noms.; Season 2 is shooting now and it was just set for a Season 3. As the old adage goes: if it ain’t on the page, it ain’t on the stage. Brilliant work here all around … Buddy Blanch from Romeo Delight weighed into say that their show Saturday night was a major success. We caught some of it on the virtual-stream from the Sellersville Theater in Philly and it was terrific …. Kenan Thompson, from SNL, launches his own series Kenan shortly on NBC, with Don Johnson, of all people. Dozens of commercials tub-thumping the debut, but none mention Johnson. Is that odd, or what? … I’ve heard twice this past week “Weight Of The World” by Ringo Starr, from his 1992 album Times Takes Time. Just a brilliant track; produced by Don Was. Check it out here:

Suzanna BowlingJanuary 12, 2022
Read More
Scroll for more
Tap
What to Watch in The New Year: February 7
Judy Collins: A Return To Her Legendary 1964 Concert