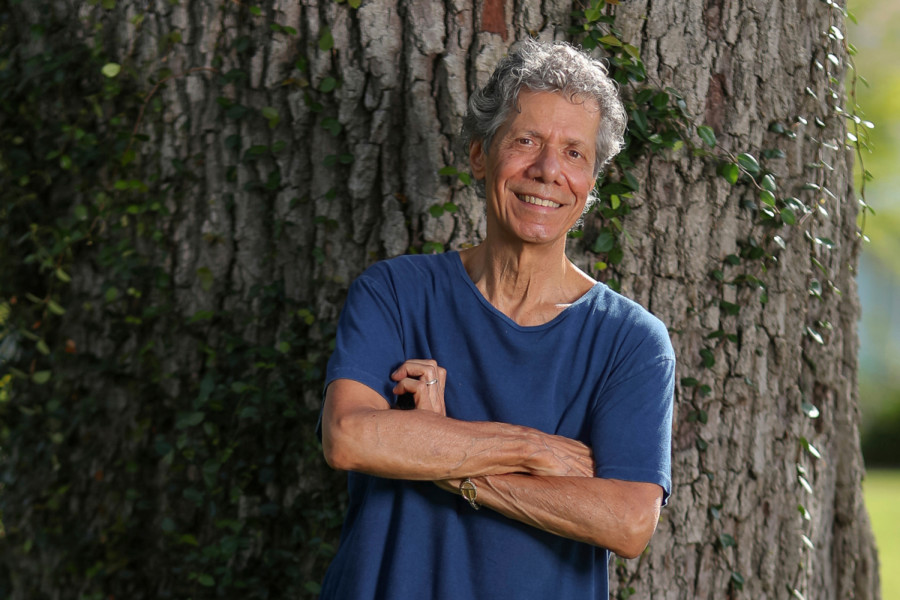 RIP CHICK COREA — Chick Corea’s Return To Forever unit, with Stanley Clarke, Al Di Meola and Lenny White,, really set the stage for jazz-fusion standard. RTF, along with John McLaughlin’s Mahavishnu Orchestra, set hearts afire with their music; brilliantly mixing elements of jazz with rock. RTF’s brilliant Romantic Warrior album in 1976 was an album that sounds as good today as it did back then. Each member was truly inspired; unique and masterful.

As a young buck, I was wowed by DiMeola’s guitar work, and bassist Clarke and drummer White were also extraordinary. Corea, however, was utterly masterful and in a class by himself. Transcended for sure.

He passed yesterday at 79 and an amazing career (23 Grammys) that not only included some brilliant work as a soloist, but also with Miles Davis, Stan Getz and Herbie Mann. I’d seen Corea many times, most notably back at the Blue Note here in NYC two years ago and he was as good as ever. I even had the chance to speak with him as we talked about past shows. He was as gracious as ever.

Regrettably, jazz is nowhere near the force it once was. WBGO is the only station I can think of that plays it on a regular basis. Growing up, bands like Weather Report, the Brecker Brothers and artists like Billy Cobham, Herbie Hancock , Pat Metheny and George Duke  were regular staples in my playlist.

It’s sad because it is a fantastic genre. Chick Corea us a huge loss. RIP.

ELLIOT MAZER — Elliot Mazer, the longtime producer and engineer who helped craft albums for Neil Young, Linda Ronstadt, and the Band, among others, died at his San Francisco home on Sunday. He was 79. Mazer’s daughter Alison confirmed the producer’s death, adding that the cause was a heart attack after years of battling with dementia.

“Elliot loved music,” his sister, Bonnie Murray, tells Rolling Stone. “He loved what he did; he was a perfectionist. Everybody has so much respect for him, and he’s been suffering for a couple years.”

“A master in the studio, Elliot was a really good guy,” Young said of the producer. “He had a great way about him and I wish we had gotten to do more together. I am happy and thankful though that we got what we did get. Harvest is one of my most recognized recordings and it all happened because of Elliot Mazer.”

Mazer was born on September 5th, 1941 in New York City. Shortly after his birth, his parents relocated the family to Teaneck, New Jersey, where he and Bonnie grew up. Their neighbor, Bob Weinstock, owned the jazz label Prestige Records and hired Mazer when he was just 21, where he organized tapes and delivered records to radio stations. The first album he worked on was 1962’s Standard Coltrane, assembled from a collection of John Coltrane outtakes he had found.

Following Prestige Records, Mazer took a job at Cameo-Parkway, an independent label in Philadelphia. “It was an amazing place,” he told the website Shadowplays in 2011. “It had its own studio. There were songwriters, artists and musicians there all the time. I was their jazz guy, but I loved pop records and therefore wound up working with Chubby Checker.”

Through the late Sixties and early Seventies, Mazer took his love of pop and began working on albums like Big Brother and the Holding Company’s Cheap Thrills and Ronstadt’s 1970 LP Silk Purse. “He was a mysterious guy to me,” Ronstadt told Rolling Stone. “But I didn’t know what I was doing at the time; I didn’t know how to sing yet. I recorded that song [‘Long Long Time’] at ten o’clock in the morning, when we could get into the studio, and he got me really good players and introduced me to the people who arranged it.” (“What you hear is Linda’s second take on the song,” Mazer later recalled in the liner notes to 2006’s The Best of Linda Ronstadt: The Capitol Years. “She was so tired afterwards, she came into the control room and fell asleep.”)

While at a dinner party in Nashville in early 1971, he met Young, who spontaneously asked him to produce Harvest. According to Young’s biography Shakey, Mazer was only vaguely familiar with Young because his girlfriend played After the Gold Rush constantly. Mazer connected Young with Nashville session players like bassist Tim Drummond, drummer Kenny Buttrey, pedal steel guitarist Ben Keith, and pianist John Harris.

A majority of the album was recorded at Mazer’s Quadrafonic Studios as well as inside the barn of Young’s Broken Arrow Ranch in Redwood City, California.

Mazer was there to witness Young’s famous quote during the recording, when he rowed Graham Nash — who had overdubbed vocals on the record — out to the middle of the lake to play him the album. “What he’d done is he’d wired his house as the left speaker and his entire barn as the right speaker, and they played Harvest,” Nash recalled. “And at the end of it, Elliot Mazer comes down to the shore of the lake and goes, ‘Neil how is it? Neil turns around and shouts, ‘More barn!’“

“We all knew there was something very special going on,” Mazer told Shakey biographer Jimmy McDonough of Harvest. “Looking back, I don’t really think I felt at ease with him, even though we spent hours and hours in the studio. The serious amount of pain he was in and his mood shifts — greatly controlled by drugs — kept everybody at a distance.”

Mazer also produced several albums for Gordon Lightfoot, including 1968’s Back Here on Earth and 1969’s Sunday Concert, as well as engineered the Band’s 1978 live album The Last Waltz.

Mazer is survived by Murray and his children Alison, Danielle, and Jack Reid. The family has asked that all donations be given to MusiCares.

SHORT TAKES — After their sold-show last week at the Sellersville Theater in Philadelphia; Romeo Delight has a return to The Landis Theatre on Saturday, June 12 Get tickets here: https://www.etix.com/ticket/p/7069740 ….\

Terrifically impressed by singer/songwriter Phoebe Bridgers on SNL last week. She kind of reminds me, musically and visually, of the great Aimee Mann; from Till Tuesday. Also, loved that on “I Know The End” she was playing a Danelectro guitar … which she smashed. A junior Pete Townshend? You never know. Actually the most impressive new act I’ve seen if far too long. Here’s a clip from the show with her attired in her best Harry Styles:

This whole Bring Springsteen/tequila episode is cute, but has been blown far out of proportion. Apparently, the Boss was offered a shot of tequila by some adoring fans. He took it … who wouldn’t. Jeep pulled their fantastic Super Bowl ad and everyone is not talking. It apparently happened last November and I’m sure had it been public knowledge, the ad would never have happened. Sad all around … Michelle Williams has been tapped to play the singer Peggy Lee in a bio-pic directed by Todd Haynes … Great choice, Williams is superb … and, NBC’s Katherine Creag suddenly passed Wednesday night. Terrific reporter and will be much missed. RIP

G. H. HARDINGSeptember 14, 2022
Read More
Scroll for more
Tap
Kayla Merrow Gets the Star Treatment Before Her Big Debut Concert
Tune in Monday for The Lambs’ Virtual Conversation With The World Of Suzie Wong’s France Nuyen