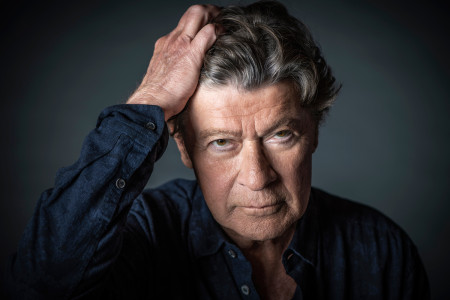 WEIGHT ONCE AGAIN — (Via Rolling Stone) Just when you think “The Weight” has reached peak exposure in the culture, Robbie Robertson’s 1968 song — and its original recording by the Band — always manages to stage a comeback. During the past five decades, it’s repeatedly popped up in soundtracks, from Easy Rider to The Big Chill to the recent Dawn of the Planet of the Apes. In 2019, an all-star remake featuring Robertson, Ringo Starr and musicians from around the world generated millions of views. And next week, a new Band box set will revive “The Weight” again, this time by way of an excavated live version.

Starting with Music From Big Pink, Robertson has started the process of digging through master tapes and archives of each of the Band’s albums in time for their five-decade anniversaries. This year, the time has come for an upgrade of their third LP, Stage Fright. A 50th-anniversary edition of the album, out February 12th, will include a new stereo mix of the album, a few alternate takes, and a collection of hotel-room jams featuring Robertson, bassist Rick Danko, and pianist-drummer Richard Manuel.

Also included is the never-before-released Live at Royal Albert Hall, June 1971, which carries additional significance. The previous time the Band had played at that austere venue, in 1966; they were known as the Hawks and were backing Bob Dylan on his controversial European tour. The last two shows of the tour took place at the hall, where, as at other shows, some in the audience were less than thrilled by the sound of Dylan backed by a plugged-in band — and let their frustrations be known by way of booing and yelling.

By 1971, though, things had changed: “The Hawks had been booed there last time out,” wrote Levon Helm in his memoir This Wheel’s on Fire. “Not this time. Take my word for it — pandemonium. They were on their feet and dancing from the first notes.”

Naturally, Live at Royal Albert Hall, June 1971, includes a version of “The Weight.” The song was also in the news last December when Dylan sold his song catalog to Universal Music Publishing for a reported $400 million — a deal that, to the bafflement of some, included all the original Band songs from Music From Big Pink. (The Band had signed with Dylan’s publishing company, Dwarf Music, back in 1968.) Robertson talks with RS about this new live recording and the current ownership status of “The Weight.”

What do you recall about that night at Royal Albert Hall?

“Everybody was on their game. And it was such a great relief to come back to Albert Hall from the last experience of playing with Bob there. [Laughs] When we played with Bob, we were on a ridiculous schedule on tour. I’m amazed that Bob, you know, could even pull it off physically. This time, the crowd was just over the top on enthusiasm and we were trying to give it back to them.”

The version of “The Weight” is pretty frisky.

“I just like the energy. The way we were playing that at that concert was something I’m so proud of. We just wanted to go out there and play, and play music as good as anybody. That was the job of the Band: to show up, get behind that instrument, and do magic. And hearing the Albert Hall concert now, after all these years, I say to myself, “Yeah, that’s it.” We also did it on the Rock of Ages shows at the Academy of Music and at “The Last Waltz.” We had these high points, and Albert Hall is definitely one of them right now.”

What made you decide to release the tape of the concert now?

“The show wasn’t well recorded. But [engineer] Bob Clearmountain worked on it. He separated things, technically and was able to really adjust the sound on it.”

Speaking of “The Weight,” when Universal announced it had bought Dylan’s song catalog two months ago, the deal included “The Weight.” It turned out he’s owned that song for decades.

“Right. They have the publishing on the songs from Music From Big Pink. But it comes back to the Band in a couple of years. So it wasn’t like Bob was able to sell my music. It reverts back. He sold everything of his. He couldn’t sell everything of mine.”

This new deal does include those Big Pink songs of yours, including “Chest Fever” and “To Kingdom Come.”

But you’re saying the publishing ownership will eventually return to you.

“Right. My whole catalog is with Universal. So I haven’t for a second thought, “Oh, my God, what are these people doing to me?” or “Where has it gone?” I’m part of that family.  So it wasn’t upsetting at all. And I’m happy for Bob.”

When did you hear the Dylan deal was going down?

“I had heard from a mutual friend that it was in the works for a while. But, you know, whatever makes [Dylan] happy. And I certainly understand, seeing when some people pass away, like Prince or Tom Petty, and then the families are stuck with a mess and everybody hates one another and all of that shit. It’s not a bad idea to get this shit sorted out while you’re still around.”

Neil Young also just announced he was selling his songs, which surprised a lot of people. Did that startle you as well?

“The times have changed. The music business has changed. So many elements of it that didn’t make sense before make perfect sense now. The business side of it makes sense now.”

Because people just aren’t buying physical product and the royalty income has dropped?

In light of the Dylan deal, are you concerned that Universal could use, say, “The Weight” in a commercial without your approval?

“No, I’m not concerned. Like I said, we know them. And they’re OK. And it’s just a couple of years, so I’m not sweating it.”

Did you ever consider buying that and the other Big Pink songs back from Dylan and Dwarf Music?

“Yeah, I did. But there were complications with what happened with Dwarf Music years ago, and it was part of things that were going on in his life. I’ve talked about it with them over the years. And Bob has always been great. Anytime anything came up, the phone would ring immediately and they would say, “What do you think about this?” And blah, blah, blah. So like I said, it’s not anything that keeps me awake at night at all.”

“Really — Diet Coke? Well, they got some money. I don’t even remember that myself. I remember they wanted to use “The Weight” in the new Planet of the Apes movie. And I was like, “Really? Does that fit?” And they were saying, “Well, we’re going to send it to you and you can see.” And the movie was great and the usage of the song was great.”

So as long as the work is good, we’re all cool. Years ago, you would never allow anybody to ever use any of your music. Now, nah — I’m over it.”

From SHOWBIZ 411 which gives raves to producer Richard Perry’s new bio Cloud Nine: Who is “You’re So Vain” about? Perry weighs in: “The final chapter of the “You’re So Vain” saga would not be complete without answering the question that continues to fascinate people forty-eight years later. I am still asked all the time who the song is about. Even when they are told the answer, it’s as if they don’t really want to know. They’d rather keep asking than put the matter to rest once and for all. It’s more exciting! Since it’s been revealed numerous times, I’ll take this opportunity to give my insider’s scoop: the person that the song is based on is really a composite of several men that Carly dated in the ’60s and early ’70s, but primarily, it’s about my good friend, Warren Beatty.” My goodness, can it really be 48 years since that song was a hit? Amazing. A perfect record for sure if there ever was one. Amazing … And, HAPPY BDAY to David John Oliver!