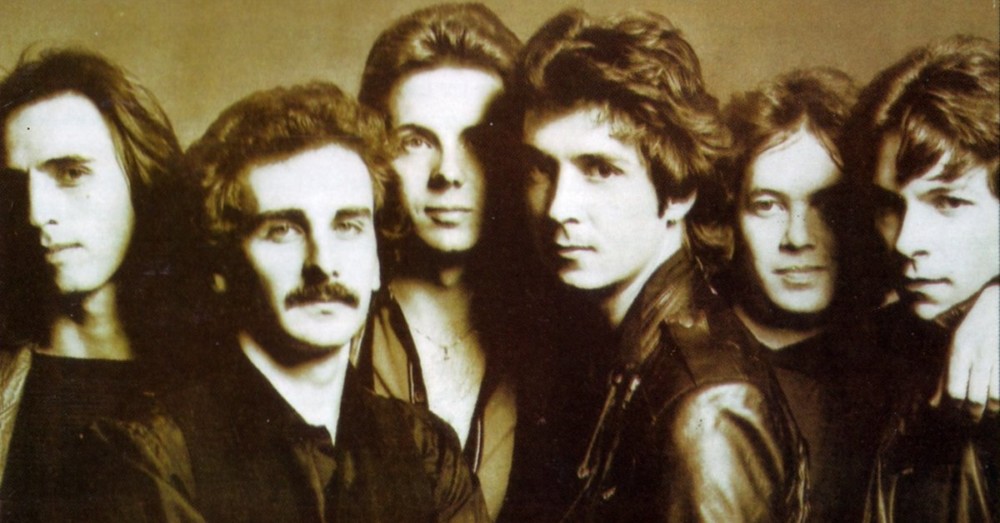 MICHAEL STANLEY RIP — (Via Deadline) Michael Stanley, who parlayed rocker stardom in the 70’s and 80’s into successful stints in radio and television in his later years, died Friday of lung cancer at his home. He was 72 and his death was confirmed by his manager.

Stanley’s rock career was solid in Ohio and the Midwest, but never quite broke through nationally, save for his hit song “He Can’t Love You.” He later was an afternoon drive DJ and Saturday mornings host playing classic rock on radio station 98.5 WNCX. He was at the station for more than 30 years, ending his stint just last month when ill health overtook him.

He also won 11 local Emmy Awards as co-host of WJW Channel 8′s PM Magazine from 1987 to 1990, and then spent another year on the station’s Cleveland Tonight. He played himself on an episode of The Drew Carey Show.

Born Michael Stanley Gee, he grew up in Northeast Ohio, graduating Hiram College, and then later attended on a baseball scholarship.

He played in a band called The Tree Stumps, then Silk, and was able to secure his first record contract in 1969. His record company changed his name to Michael Stanley.

In 1974, Stanley formed the band that took his name. The Michael Stanley Band, or MSB for short, would record 11 studio albums and set concert attendance records in Ohio.

“I didn’t get into this whole thing to be the front man of MSB or whatever,” Stanley told local Ohio TV station 3News’ Monica Robins in 2014. “I got in it to be a songwriter. That’s what I wanted to do.”

The group scored in 1981 when the song He Can’t Love You cracked the Billboard Top 40, getting as high as No. 33 on the chart. Two years later, My Town became the band’s second Top 40 hit, peaking at No. 39. He will have a posthumous album, Tough Room, out later this year.

Stanley was deeply involved in the local Cleveland community, so much so that a section of Cleveland’s Huron Avenue was renamed Michael Stanley Way in 2019.

The Rock and Roll Hall of Fame, based in Cleveland, issued a statement Saturday, remembering Stanley as “our city’s most beloved musician, songwriter and rocker.”

“His heartland music resonated with legions of listeners, and his concerts set attendance records and took on mythic proportions. Even more importantly, Michael’s songs spoke to our hearts. As fans we adored and revered him, and in return he loved us right back. The energy of his music and its ability to bring people together helped to make Cleveland the Rock and Roll Capital of the World, and it galvanized the community to rally together and make our city the home of the Rock & Roll Hall of Fame. We will miss Michael dearly.”

Said PR-pasha David Salidor, “When I worked at the legendary My Father’s Place eons ago, Stanley was a regular and what a great guy. Always terrifically affable. His music maybe never hit the bar of say, Springsteen, but each show he did was packed. He’d hang out with the staff before and after. Great memories for sure and am sorry he has graduated to the next plane. Stellar fellow for sure! RIP Michael!”

SHORT TAKES — Robert Miller from Project Grand Slam, debuts his podcast Follow Your Dream on March 15. His first guest is radio-personality Bruce Morrow. I just heard a portion of it and its simply superb with Morrow dropping some great memories of The Beatles at Shea Stadium; Ed Sullivan (remember him?); and, the demise of the great CBS-FM (where Monkee-Micky Dolenz was a DJ as well). We’ll have it here on the 15th …

Get ready for a major new name on the music scene: Sergio Kardenas. His manager tipped me to some of his music and I just fell in love with it. EDM-based for sure, it’s terrifically melodic and immediately compelling. We’ll have more on his rise to success here shortly …

Mark Josephson, one of the original founders of the New Music Seminar passed last week. Josephson, along with partner Danny Heaps, ran Rockpool – which was basically a record pool for the burgeoning new wave artists and music of the time. Josephson partnered up with Thomas Silverman, David Salidor, Scott Anderson and Steve Singer and introduced the MNS which ran for several years. The late-Joel Webber came aboard years later. It was a major event dung the late 80’s and early 90’s; and, it was the industry event to be at for sure, with the likes of Frank Zappa delivering one keynote address and acts like Madonna and Nile Rogers on the artist panel. Having been there at each event, I was surprised that Mark’s passing was not noticed more by the industry. Yes, the industry has changed dramatically in even the last five years and events like SXSW and Coachella may well have eclipsed the NMS, but they all owe a debt of gratitude for sure. Rest easy Mark … Quote of the week: Think you’ve seen ‘Tenet’? You haven’t been truly confused and underwhelmed until you’ve seen it on the BIG screen! …

More news from 7a’s Glenn Gretlund and his new Micky Dolenz album Dolenz Sings Nesmith. The long awaited album is set for a May release … And, RIP Tony Hendra.