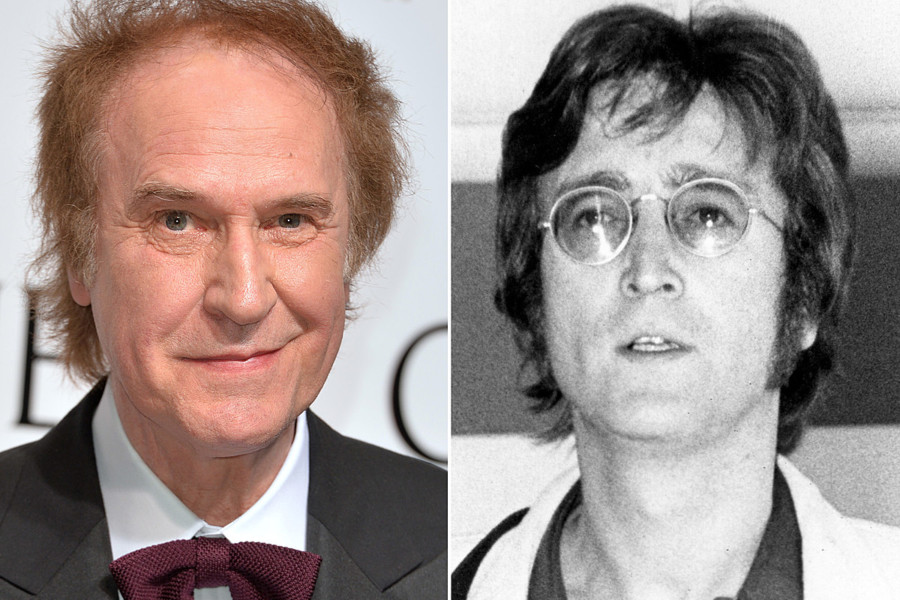 KINKS KONKED BY LENNON — (from Ultimate Classic Rock) Ray Davies recalled feeling like he’d been bullied by John Lennon in August 1964 — but he said the night in question ended well for him.

The incident took place when the Kinks opened for the Beatles on the south coast of England. Davies and company hadn’t yet reached their height of fame, having only released two singles, “Long Tall Sally” and “You Still Want Me.” The first had risen to No. 42 on the British singles chart while the second failed to enter. Conversely, the Fab Four were already huge in the U.K. and would soon dominate the U.S. too.

“We’d played with the Beatles in Bournemouth, and John Lennon made a remark that we were only there to warm up for them,” the singer told Mojo in a recently posted interview. “[B]ut we got a great reaction to ‘You Really Got Me.’ It was an early validation that we had something that stood up for us, like being bullied in school and having something that was bigger than the bully. It was that sort of feeling.”

“You Really Got Me” topped the singles chart the following month, securing the Kinks’ success and leading to a chain of follow-up hits. “When it went to No. 1, it was like that thing of losing your virginity,” Davies said. “[Y]ou’re never quite the same again; you never forget that moment.”

Perhaps predictably, Ray’s guitarist brother Dave had a different opinion of Lennon — in 2016 he described the late Beatle as “a paranoid guy, but funny.”

He told Classic Rock: “I think he liked me, mostly because he knew I didn’t give a shit. My attitude wasn’t down to inner resentment, like his was. A lot of his discontent was born from deep-rooted experience and resentment. But, unlike John, I’d had a great childhood. We were once both drunk, sitting at the table in the Scotch of St James [club in London]. I’d had a few pills as well and he couldn’t stop me talking. As I was leaving, John said to me: ‘You’re one of the most obnoxious people I’ve ever met!’ I took that as a great compliment.”

The Davies brothers have reportedly recorded demos for an endeavor described as “Project Kinks,” but they’ve yet to formally announce any new material.

JLA UNLEASHED — As much as the first hour of the Zack Snyder’s upcoming four-hour director’s cut of Justice League was leaked on HBO Max on Monday, the streaming service confirmed, with some subscribers who attempted to watch Tom & Jerry getting a major glimpse of the secret project 10 days before the film was to premiere.

Twitter chatter began percolating earlier in the day about the glitch, which allowed the first section of Justice League to stream for users trying to access Tom & Jerry.

“Zack Snyder’s Justice League was temporarily available on HBO Max and the error was addressed within minutes,” HBO Max said in a statement.

It’s an update of the 2017 DC mashup that Snyder had to exit during postproduction due to a family tragedy.

The beleaguered Joss Whedon took over the film and completed it. And, 4 hours?

SHORT TAKES — Celebrity-scribe Mark Bego is set for Robert Miller’s Follow Your Dream podcast; it debuts March 15. Bego’s bio on “Band Of Gold” singer Freda Payne is out in September via Yorkshire Publishing …

One wag said he watched the first hour of Eddie Murphy’s Coming 2 America and didn’t laugh once. Ouch. Wonder how his long-in-the-works Beverly Hills Cop-sequel is coming along … Still no Richard Perry book; wonder if this is going to wind up like the Peter Frampton bio. Maybe I should email Carla Sachs and Alan Leight and ask … We just heard a preview of the first single from Micky Dolenz’s Dolenz Sings Nesmith album and it’s a killer and a surprise. Stay tuned …

ONE IN A CLASS OF COVID —It was exactly one year ago this week that the word lockdown took on a new and distressing meaning. I was to have lunch with a friend from Billboard, when he called a day before to cancel, saying his offices were going into lockdown.

He still hasn’t returned, as have so many many others. At first it was strange working from home, but after tinkering with a new Wi-Fi setup; Zoom; and, a ring light, I’ve oddly gotten into a new work routine. It’s not totally enjoyable, but I know so many who now work this way.

I got both my shots but still feel strangely disengaged from the world … and, certainly NYC. I haven’t been past 34th street for a year and don’t have any plans for a trip there soon. Producer Steve Garrin, who lives in midtown, says it’s a completely different scene.

I’ve lost far too many friend and family and somehow deep down, know things will never return to the way they once were.

All I can say is hats-off to the ones who have persevered. I know who have been laid off –or, furlough- twice.