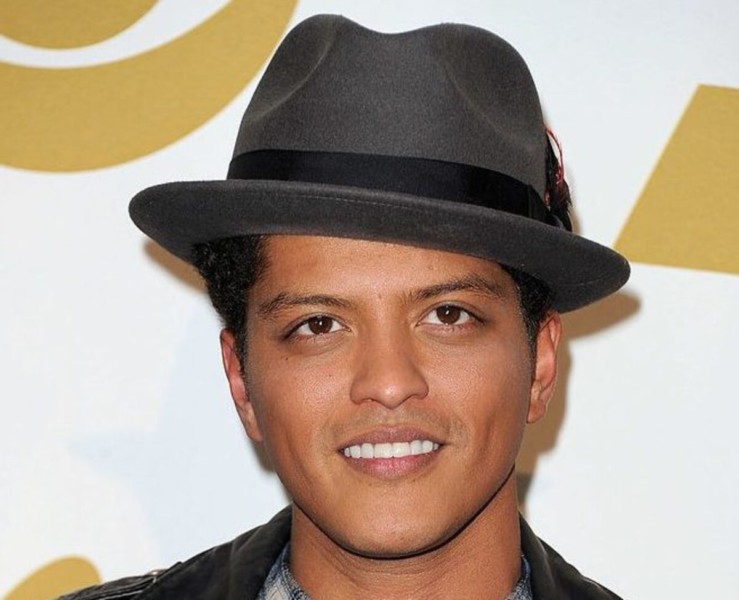 It’s The Dan, Man — (Via Ultimate Classic Rock) During an otherwise inconsequential scene from Breaking Bad, methamphetamine entrepreneur Walter White sits around his family’s dining room table and marvels at his son’s lack of jazz-rock knowledge. “All right, got one — Steely Dan,” he says in the 2009 episode, to the teenager’s bewilderment. “In terms of pure musicianship, I would put them up against any current band you could name.”

Who’s right? Few bands in rock history are so divisive: obsessively adored by the die-hards, mercilessly mocked by the detractors. Given that split, you might think it’d be hard to underrate Steely Dan — if you dig their complex chord changes and Zamboni-clean production, you’ll probably sing all of their praises. But beyond every “Do It Again,” there’s a dazzling deep cut that rarely pops up in lists or retrospectives.

We did the dirty work for you below — revisiting the most overlooked tune from each Steely Dan LP.

In the Can’t Buy a Thrill liner notes, Steely Dan clarified that this mid-tempo, piano-heavy cut has “no political significance” — seemingly debunking any assumed connection between King Richard I of England and then-president Richard Nixon. Then again, sarcasm was a second language for Donald Fagen and Walter Becker, so who knows? “Kings” tends to get brushed aside on the band’s debut, dwarfed by the famous trio of hits: “Do It Again,” “Dirty Work” and “Reelin’ in the Years.” But it deserves the spotlight, particularly for Elliott Randall’s dissonant guitar break, a marvel of chromatic darkness and rapid-fire twang.

“King of the World”

Steely Dan valued elite musicianship from day one, but they never really dipped into the prog well. They came closest on Countdown to Ecstasy’s jittery closer “King of the World,” with guitarists Denny Dias and Jeff “Skunk” Baxter going wild over Fagen’s steady, three-chord electric piano pattern. The song — played live only 24 times (including a trio of 2019 dates) — wraps with a spacey instrumental section dominated by silky synthesizers that could have been piped in from Selling England by the Pound.

Quivering brass ushers in one of Steely Dan’s funkiest cuts, anchored by Jeff Porcaro’s tasteful drum groove and David Paich’s staccato clavinet clang. (Two future Toto members — how about that?) Fagen and Becker were starting to evolve from a band into an ever-shifting collective, recruiting whatever players they needed to shape a particular song. “Night by Night” was a pivotal moment in that sense: “Steely Dan were looking for musicians,” Paich told Goldmine in 2015. “Jeff had played on … ‘Parker’s Band’ prior to that with the drummer, Jim Gordon. Jeff said, ‘I know this bass player and keyboard player, David Hungate and David Paich,’ so he brought us in, and we did the song ‘Night by Night’ on that record. That was kind of our audition, and they liked us enough to call us back on the Katy Lied album.”

Steely Dan loved jazzy chord progressions and guitar solos, but they hadn’t fully immersed themselves in fusion by Katy Lied — at least not to the extent of their later masterwork, Aja. They did preview that direction, though, on the swinging “Your Gold Teeth II,” a very loose sequel to the Countdown to Ecstasy track. (Both utilize versions of the lyric “throw out your gold teeth and see how they roll.”) Porcaro’s deft playing keeps the engine running, each ride cymbal and snare ghost note captured, naturally, in the most crispest possible detail.

At first blush, “Sign In Stranger”‘s lyrics just sound like typical mid-70’s Steely Dan sleaze, exploring the seedy lifestyles of criminals and creeps (including, in this case, a fixer like the scar-faced Pepe, who’ll “make your mugshot disappear” — presumably for a steep price). But Fagen later confirmed there’s a sci-fi slant to the song’s many obscure references. “That’s true [that it’s a “school for gangsters”],” he told the Metal Leg fanzine. “Of course, it does take place on another planet. We sort of borrowed the Sin City/Pleasure Planet idea that’s in a lot of science fiction novels and made a song out of it.” The song’s laid-back strut is so solid, Fagen could have sung pure gibberish — guitarist Elliott Randall and pianist Paul Griffin nail every one of their mini-instrumental showcases, responding to Fagen’s lyrics in a point-counterpoint style.

This one’s almost automatic. The three singles (“Deacon Blues,” “Peg” and “Josie”) are all obvious, career-shaping staples. Opener “Black Cow,” famously sampled by Lord Tariq and Peter Gunz for the 1997 hip-hop hit “Deja Vu,” is the band’s 12th-most-played live song. The title track is one of their most ambitious, boasting powerhouse cameos from Wayne Shorter and Steve Gadd. So that leaves two deep cuts, “Home at Last” and “I Got the News,” and we have to select the latter. It’s been played live less times (144 to “Home at Last”‘s 286), and it’s one of the slickest grooves in the catalog, Michael McDonald at his scene-stealing vocal peak and some snappy Victor Feldman piano and vibraphone.

So much of Gaucho is narcotically laid-back, but “Glamour Profession” actually has some energy — if measured and tidy. Steve Gadd’s disco-like backbeat and Becker’s melodic, hyperactive bass keep the groove churning, and Fagen’s milky electric piano is a soothing companion for Rob Mounsey’s acoustic keys. The lyrics are full of reliably rich detail, as Fagen observes scenes of big-city shadiness on basketball courts and Chinese restaurants alike. Yes, the playing is a bit stiff and on-the-nose, with their primitive drum machine technology adding a computerized chill. But it fits here: Just like the 1’s and 0’s that keep the beat in lockstep, dirty deeds will go on forever.

“There’s a lot of voodoo imagery in that particular song,” Fagen once noted. “We’re kind of elevating ourselves to a heroic position. Our fans are being troubled with demons of aging, insanity, and we’re offering up ourselves as someone who can deal with it — kind of a Ghostbusters theme, if you will, the idea that art can be curative. Listen to this, maybe it will cheer you up.” Still, the title track of Steely Dan’s Grammy-winning 2000 comeback LP is most memorable for its 6/8 groove, a funky blues workout layered with saxophone, clarinet, timbales, congas, vibraphone and swelling horn sections.

Steely Dan – universally loved or universally derided? I think they’re one of the best ever. Becker’s gone and Fagen has released an amazing array of solo albums – every one totally solid. Check out this almost perfect performance from an appearance on the late-great David Letterman Show, performing “The weather In My Head” from Fagen’s Sunken Condos collection. Just an almost perfect performance,. Face it, Fagen’s the best!

GEORGE MARTIN EDM MASTER? — George, we hardly knew ya! Great item from SHOWBIZ 411: Before he worked with the Beatles, their famed producer George Martin had his own little recording career.

In 1962 he released an instrumental single he composed that was an early experiment in electronic music. The two songs are quite beautiful and full of melodies. Are we surprised? This man was under appreciated genius.

Now dublab is releasing 2 limited editions of the single using the name Martin recorded under, Ray Cathode. Here’s the link. Beatles fans will want one of these things. I know I do!

It’s very 60’s and very English. The more I listen to it, the more I’m loving it. It certainly could have been from Our Man Flint, The Persuaders, or a Bond-movie. When news broke this week, Martin was immediately dubbed the first EDM-producer. I concur and I dig it!

SHORT TAKES — We hear that Bruno Mars, in his Silk Sonic persona will perform at The Grammys this weekend. Mars has been missing from the scene for far too long and while Silk Sonic is good (“Leave The Door Open”) it kind of reminds me of the Andy Samberg and Justin Timberlake’s “D—k In A Box,” right? Mars for me at least, has been one of the major discoveries of the past decade and why he isn’t bigger, remains a mystery. Check out Silk Sonic here:

Someone asked me about The Palm this week and I realized that they’ve seem to have faded from memory. Right before COVID hit, they masterminded a deal to essentially sell (after losing a brutal trademark infringement suit) all their locations and name to the people that owned Del Friscos (Landry’s). In their heyday, The Palm was a great friend to the music industry and had an annual event, The Celebrity Server, that the likes of Tony Danza, Robert Funaro, Micky Dolenz, Gilbert Gottfried and Mark Bego would regularly take part in. They also had someone in charge (the son of one of its founders) who seemed more concerned with getting on the radio with Andy Cohn, than the individual locations. Sad, as it was a grand enterprise. Much-missed if you ask me …

Here’s a great shot of ace DJ-Freddy Bastone. Its three decades old, but it’s still sensational. By Jacob Getz … His Alone Together Again album a bust, old-pirate Dave Mason (and, life-partner Winifred) are doing a Facebook Q&A tomorrow. Wonder if his bio is still coming out? …

And, wow, that was fast: McCartney III, the new studio album from Sir Paul McCartney written and recorded entirely by the Beatles legend by himself (during “rockdown” this past year of tumult) was an excellent addition to his untouchable catalog of music — and it’s being revisited on April 16 as McCartney III–imagined, featuring an eye-popping host of special guests, including Beck, St. Vincent and Phoebe Bridgers. The digital edition arrives in April, with a physical release coming later on July 23. Teased on social media earlier this week, the official announcement came down and it sounds as if this project is a real treat indeed. Tracks from McCartney III are either covered or re-imagined by a handful of A-list musical acts spanning genres and styles, some of them pre-existing friends/colleagues of Paul McCartney and some new acquaintances.

G. H. HARDINGJanuary 20, 2023
Read More
Scroll for more
Tap
What to Watch in The New Year: March 12
South ParQ So Woke Its off The Charts!