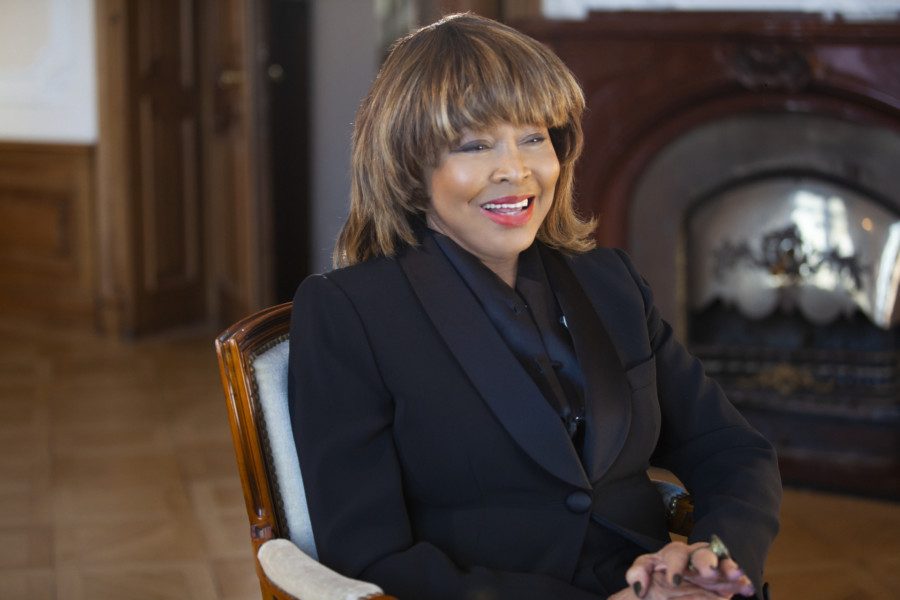 TINA TURNER — If this HBO doc was Tina’s official swansong, it sure was well done. With husband Erwin Bach as an executive producer, it really told her story very well … maybe even better than her book I Tina with Kurt Loder. I enjoyed it immensely, although the overall tone was somewhat down: as a result of her stories and times with Ike.

It went into deep detail about her relationship with Ike, who in essence discovered her and built her into Tina. Say what you will about Ike, but, like Phil Spector, he was a brutal task-master who achieved major, major success with Tina.

I personally found the story about Ike and Tina’s work with Spector particularly revealing. Spector, a maniacal monster of the highest order, kept Ike at bay while he did everything. The resulting record, “River Deep Mile High,” Ike goes to great lengths to say was a pop record, but not an r&b record … where Ike & Tine really made their bones. I’m not really qualified to speak to that, but regardless, it was the record that broke Ike & Tina wide open; and, got them on everything from Johnny Carson to Merv Griffin. Listening to it again on this doc, was amazing as it sounded as good and as fresh as when I first heard it.

They even dragged-out veteran-reporter Carl Arrington (who in the 80’s was a standout critic for the likes of People magazine; it makes you wonder where all these old-time rock writers have wound up. Incidentally, where is Lou O’Neill?) and did the story in People that actually first-talked about the abuse she suffered. Loder’s book, I Tina actually came out after that. And, the movie followed with the terrific Angela Bassett.

Loder, who I have worked with, was pleasingly candid about working with Tina and like Arrington, had the original cassette tapes to show. As I watch those cassettes spin I often ponder if the kid’s today even know what they’re looking at?

The real hero of the show is manager Roger Davies, who after working with Olivia Newton-John, practically re-invented Tina a and made her into a rock-pop star. His story of working with then-Capitol Records A&R man Carter was priceless. Capitol and Carter signed Tina, gave her some demo money and then a new team came onboard at Capitol who thought Tina was definitely over. Davies recorded the “What’s Love Got To Do With It” at the last moment and the rest is history, I know Carter and he was a shrewd one for sure.

It’s telling that Tina said that she didn’t even care for the song at first and told the writers (Terry Britten and Graham Lyle) that at their first meeting … but, they worked through it. Britten informs that the  80’s U.K.-group Bucks Fizz first recorded it.

Sell-out tours followed; and, another album that sold in excess of 20 million copies and Tina’s comeback was secured. Still, at every interview and press conference she was bombarded with questions about Ike; and that, immediately soured her mood.

Wisely the docu ends with Tina showing up at the Broadway-opening of Tina: The Tina Turner Musical. She’s had several; health issues and she looked frail, but proud and happy at the show.

The docu was certainly revealing; maybe not as uplifting as HBO’s one on The Bee Gees, but most enjoyable.

DEEP AND BECK — Johnny Depp “can’t wait to get back onstage,” his friend and bandmate Alice Cooper says of the actor who last week was denied an appeal against his “wife beater” libel ruling in the U.K.

In a new interview with The Daily Beast, Cooper, 73, says Depp’s legal troubles and fallout from his rocky marriage to ex-wife Amber Heard won’t get in the way of their plans to release a new Hollywood Vampires album. Depp, 57, and Cooper formed the supergroup in 2015 alongside Aerosmith’s Joe Perry, 70.

“There’s no drama,” Cooper says of Depp, whom he calls “one of my best buddies” in the interview. “[Johnny] said, ‘Hey, that’s another world. That has nothing to do with what I’m doing in the band.’ He’s like, ‘I can’t wait to get back onstage.’ He’s one of my best buddies.”

According to Cooper, the Pirates of the Caribbean star has been writing songs, which the veteran rocker expects to have been inspired from his recent personal dramas.

“I know Johnny was writing all last year, when that whole thing was going on with him,” Cooper tells the outlet. “But you know, that’s not going to stop him from going home and writing. In fact, it probably helped. I’m expecting some pretty interesting songs.”

He adds, “It’ll be great when we all get together. You know, the crazy thing about that band is you’ve got eight guys in the band, and you’ve got three alpha males leading it, but there’s never been one argument. Nobody’s ever even raised their voice to anybody in that band. It’s really cool.”

“And he just made an album with Jeff Beck. For anybody that thinks Johnny’s not a guitar player, Johnny can play, man. When Joe got sick and couldn’t play in New York, actually, Johnny and Tommy Henriksen played all the leads. People were shocked. They just went, ‘What?!’ They didn’t know he was that good.”

It’s not the first time Cooper has defended Depp amid his legal fight and divorce from Heard, who has accused him of domestic abuse.

“All the stuff you heard last year about Johnny, 99 percent was just bull,” Cooper said in a 2019 interview with Billboard.

In his Daily Beast interview, Cooper also speaks openly about his sobriety, his religious faith and his “truly unpolitical” platform.

“When people say, ‘Well, you’re Republican, so…’ I’m not actually Republican,” he says. “I’m actually very in the middle. I’m a moderate. I try to find the good on both sides, and I think that’s the way to be. But if you’re Christian, and you’re homophobic, and you’re anti-this and anti-that, that’s just wrong. My view of Christianity is bigger than that.”

SHORT TAKES — Here’s Robert Miller’s interview with celebrity-scribe Mark Bego; whose 67th book, on singer Freda Payne, is out in September via Yorkshire Publishing: https://www.followyourdreampodcast.com/ … The always-reliable New York Post reports that Sharon Osbourne will walk away with a $5-million payout from CBS for The Talk. Again, I was not privy to what happened, but from everything I’ve read and been told, it seems like she was set-up; so, a payout of some sort is definitely understandable. To be honest, Osbourne having been on the show since it started is cause enough me. Again, I predict the show will be gone by August …

And, here’s a shot of Romeo Delight last weekend at their sold-out show at Sweeney’s … And, the next rock-doc to be done: Jerry Garcia. Not my first choice, but a revered name for sure. Check out this article from jambands.com: https://jambands.com/news/2021/03/29/new-documentary-jerry-garcia-artist-in-the-works-will-feature-never-before-seen-footage/?mc_cid=71afc343f3&mc_eid=9e7c629508m … Sunday, April 25 is The Oscars. The Academy-people just put out a notice of COVID-protocol to follow in case one does want to appear live. It’s going to be a tough show to do, although The Grammys seemed to flow seamlessly under the circumstances. With most not even going to the movies last year, it’s going to be a low-rated show for sure …

Merry Clayton, one of the premiere voices, if there ever was one, has a new album coming in April 9 called Beautiful Scars. After a horrific car accident, she is returning. Turns out it was produced by the legendary Lou Adler (Mamas and The Papas; Carole King; Monterey Pop) and is on his Ode Records. This could turn out to be one of the most significant albums of the year. Don’t miss it .. And, beleaguered music suit Charlie Walk, who was unceremoniously let go by Republic Records in 2018 after a slew of  verified sexual harassment charges became public, is suing his lawyer for 60 million. Walk is convinced his lawyer gave him bad intel. You think?