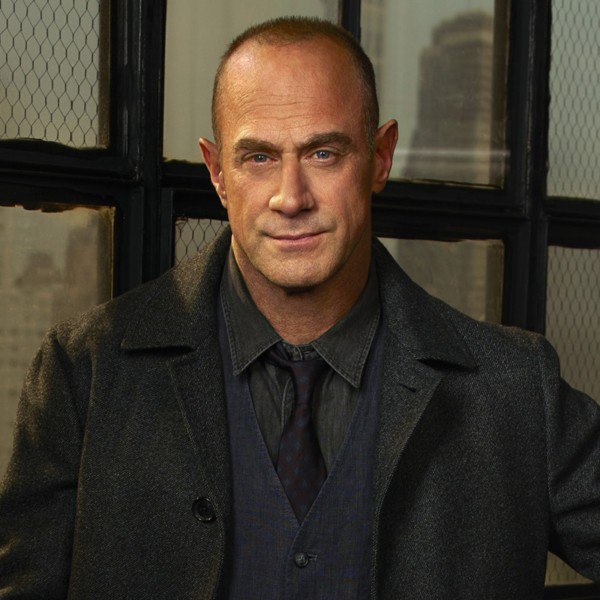 That said, let’s break-it down: After an unprecedented PR-push – hell, I must have seen the promos at least 30 times – they got together in the first 5-minutes of the show. Stabler’s wife is gravely injured in a bombing and it turns out that it was meant for him. When Mariska Hargitay  (Benson)and Meloni first face-each other, it’s a TV-moment for the ages. for. Sure, there’s a lot of unspoken feelings (anger too), but Stabler’s wife is rushed to the hospital.

I have to give everyone credit for having the scene literally happen in the opening moments. Honestly, to have drawn it out to the middle of the show, or end, I don’t think it would have had as much impact.

I’ve heard from several good sources that the script for this show went through several major re-writes and a long-screaming match between creator Dick Wolff and showrunner Warren Leight.

Whatever transpired … it was a great script. Economical and to the point. Meloni’s Stabler ingratiates himself into Benson’s stable and each SVU character does have something to do and say. It wasn’t up to par with the recent Denis Hamill scripts (Murder At A Bad Address), but it was very good.

Meloni delivered in some emotional scenes. Emmy-quality? Indeed … he was terrific.

Turns out that Stabler in in town, from his current home base in Rome – to lead a task force, following organized crime. The show ends with the case being given over to this new task force, essentially eliminating Benson’s team.

It also concludes with much up in the air, no doubt to be continued.

Good show, great to have the terrific Meloni back.

Hour two was the intro of Law & Oder: Organized Crime … with a very different opening and essentially new faces, it was a bit too much to follow. Starting a show is always hard.

Chazz Palminteri, playing mafia-don with the surname of Sinatra was good and Dylan McDermott as his son, was equally compelling. It was a lot of narrative for sure and truly unlike the Law & Order-mode.

They’re doing 9 episodes of this show – we’ll see what develops.

SIMON SAYS — (Via Variety) Sony Music Publishing announced it has acquired the song catalog of Paul Simon, one of the most successful and influential songwriters of the past 75 years. The milestone deal includes Paul Simon’s classic songs spanning more than six decades, from his time as a member of Simon & Garfunkel, through his extraordinary career as a solo artist – among them, “The Sound of Silence,” “Bridge Over Troubled Water,” “The Boxer,” “Mrs. Robinson,” “Homeward Bound,” “I Am A Rock,” “Me and Julio Down by the Schoolyard,” “50 Ways To Leave Your Lover,” “Still Crazy After All These Years,” “Graceland,” and many others.

Simon joins Bob Dylan (who sold his song catalog to Universal for more than $300 million, sources say), Neil Young (who sold 50% of his to Hipgnosis for $150 million), Stevie Nicks (to for $100 million)and many others in the recent rush of catalog sales, which span virtually every type of music-related intellectual property. Indeed, along with Dylan, the Beatles, several Motown Records artists, James Brown and others, Simon’s catalog, which includes his work with Simon & Garfunkel and his solo material, is one of the most resonant and influential of a particularly fertile period for popular music.

Simon is also a rare artist who continued to evolve and influence the music world over decades, from his introduction of South American music on the “Bridge Over Troubled Water” album to reggae on his early 70’s hit “Mother and Child Reunion” to South African sounds on his 1986 Graceland album. Even well into his 60’s, he continued to take unexpected paths, releasing an album produced by legendary experimental musician Brian Eno in 2006.

Simon said, “I’m pleased to have Sony Music Publishing be the custodian of my songs for the coming decades. I began my career at Columbia/Sony Records and it feels like a natural extension to be working with the Publishing side as well.”

Jon Platt, Chairman & CEO, Sony Music Publishing said, “Paul Simon is a masterful, once-in-a-lifetime songwriter whose remarkable body of work has generated an enduring influence on our culture and consciousness.  From Simon and Garfunkel standards like ‘Bridge Over Troubled Water’ to solo classics such as Graceland, Paul Simon’s music resonates deeply as a cultural touchstone for people all over the world. To represent his indelible songs is an incredible honor for Sony Music publishing, so with tremendous pride, I welcome Paul to our family!”

Rob Stringer, Chairman, Sony Music Group said, “We are truly honored to now represent the music publishing catalogue of Paul Simon. To be entrusted with his songs and recorded music is a privilege of the highest artistic order for the Sony Music Group worldwide.”

I’ve always been a huge Paul Simon fan and I really can’t think of another artist –maybe other than Dylan- whose music has so-influenced a generation. I thought –and, still do- that Graceland is one of the best albums ever and when I saw that show at NYC’s Radio City Music Hall, I was blown away.

I last saw him at Madison Square Garden, smiling like never before and his wife Edie Brickell came out to do the whistling on “Me and Julio Down by the Schoolyard.” It was just a joyous show.

His 1975 album Still Crazy After All These Years, remains a classic. If you want to hear a perfect album … this is it.

If Dylan scored $300 million; you can bet your bottom dollar that Simon got $400 million at the start  … and, probably more!

Amy Winehouse‘s mother Janis has opened up on telling the story of the late singer’s life in a new BBC documentary to mark 10 years since her death. According to the BBC, Janis was motivated to tell Winehouse’s story in the film because her battle with multiple sclerosis “threatens to strip her of her memories” of the singer. It is thought that memory problems are common among those living with the debilitating neurological condition. Said Janis: “I don’t feel the world knew the true Amy, the one I brought up. I’m looking forward to the opportunity to offer an understanding of her roots and a deeper insight into the real Amy.” Other family members and friends will also contribute to the documentary, which is being described as a “female-driven interpretation of her life, her loves and her legacy.” Dov Freedman, executive producer for Curious Films, said in a statement: “Amy was a true musical icon, and we couldn’t be prouder to help those closest to Amy reclaim her story, 10 years after her death.” Winehouse died from alcohol poisoning in July 2011 at the age of 27. Last year saw Winehouse’s memory being commemorated as she became the latest inductee to Camden’s prestigious Music Walk of Fame …

Apple TV’s For All Mankind keeps getting better and better, The current second season (and, already renewed for a third) has really developed well. Smart, sophisticated and terrific acting and writing. If you have Apple and you need something to watch. Check this out. Just sensational … The Big Bang Theory offshoot Young Sheldon just nabbed a three-season renewal. Its actually a hilarious show with Jim Parsons voicing the older-Sheldon … Just for the record, NBC’s The Blacklist with the superb James Spader (now in Season 8 and already renewed for Season 9) has been just spectacular this season. Certainly the equal of their premiere season. Stupendous …

And, kudos to Jerry Seinfield who re-opened the Gotham Comedy club Friday night.