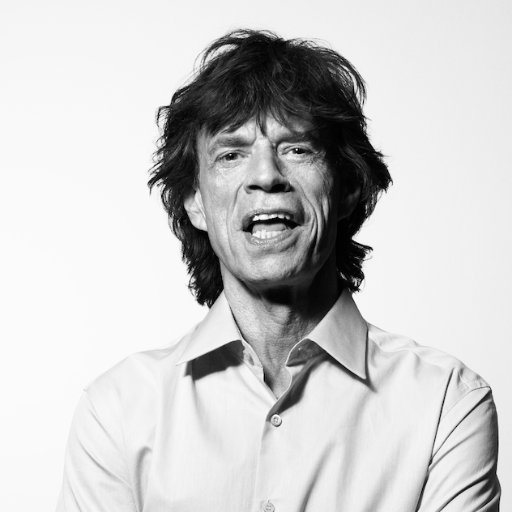 The Rolling Stones frontman admitted lyrics in the just-released song, titled “Eazy Sleazy” are “a piss-take on conspiracy theories.”

Jagger said he was astonished by some of his “relatively sensible” friends and family members, who for various reasons, were refusing to be vaccinated against the COVID-19 virus.

“It just seems to be that even people you know that are relatively sensible about a lot of things have one thing that they just don’t kind of get,” he said.

“I have several friends and relations and they go off on these things that just doesn’t… They’re just irrational.”

He adds that speaking to people about it does little good.

“Even a country like France that prided themselves in the 18th Century on rationality is the most anti-vaccine country in Western democracy. It’s not as if [vaccines] are a new thing.”

“You can’t argue with these people. So that’s how I got to the conspiracy theories; through the anti-vaxxers. Even I didn’t mention it in that verse; I probably should’ve though [since] I just went off on it.”

The 77-year-old rocker feels “lucky” that he spent lockdown in the countryside because he knows not everyone had a “nice place” to be outdoors and still apart from others.

“People are really suffering in some places and don’t have the advantages that we have. So, you went up and down and you had to be adaptable. Obviously, I’m luckier than most. I’ve never spent so long in the country,” he told Rolling Stone.

“I always had somewhere I could go outside. The idea of being locked up in an urban apartment without being able to go out — which a lot of my friends were — must have been really awful.”

“But I can’t say I had a hard time. It wasn’t what I wanted, but I was able to deal with it because I was lucky enough to be able to have these nice places to hole up in. But not everyone does.”

As I said last column, this song, cute as it is, will not be remembered in the Stone canon. Personally, I liked “Living In A Ghost Town” – much better and I still contend this new song sounds suspiciously like the one Jagger did with Lenny Kravitz years back, “God Gave Me Everything.”

We’ve noticed the continued presence of industry-wing-nut Bob Lefsetz in his weekly missive The Lefsetz Letter and he really savaged Jagger and admits he prefers Keith Richards. Read it here: https://lefsetz.com/wordpress/2021/04/14/easy-sleazy/

BLACK & WHITE-READ ALL OVER — We happen to love NBC’s This Is Us, especially Griffin Dunne’s subtle portrayal of Jack Pearson’s post-PTSD Vietnam vet younger brother Nick “Nicky” Pearson across the past few seasons. (And as Kevin Pearson’s fiancee and eventual wife Madison, actress Caitlin Thompson—a.k.a., wife to This Is Us show creator Dan Fogelman—is doing some splendid work on the show, too!)

For those who have been watching, and waiting, as last season’s incendiary blow-up between Randall Pearson (Sterling K. Brown) and Kevin Pearson (Justin Hartley) has kept things awkward between the brothers, the airing of this week’s episode Brotherly Love puts tough notions of racial distance and division front and center in a way both incredibly poignant and relevant to the political moment in which the US still finds itself. It is therefore supremely good timing on the part of Square One Publishers to have brought out a brave new hardcover memoir entitled Matchsticks: An Education in Black & White by Fred Engh with Jann Seal.

As the book’s cover promises, this is the unique story of racism, friendship, and golf as experienced and here told by author Engh. As the first white college student to attend an all-Black college back in 1961, Engh’s work as founder of the National Alliance for Youth Sports (NAYS) was forever influenced by his rich and often touching friendship in the college years with Black student and fellow golfer (and eventual New York Giants football player) Bob Taylor together at the University of Maryland Eastern Shore.

The book, which also includes significant sidebar timelines of major race-related moments between the years 1941 and 2020, has already been celebrated by Kirkus Reviews as an “intriguing, entertaining look into the past” and a “fascinating fish-out-of-water account [that] provides a unique perspective on race and culture” by Publishers Weekly.

As we’ve been reminded in this week’s This Is Us episode, the only way forward when it comes to all things racial in this country is through honest words and open communication—the now 87-year-old Fred Engh learned this early in his life, and Matchsticks is the inspired culmination of that crucial lesson as it may apply to all of us. Check it out here: http://squareonepublishers.com/Title/9780757005053

SHORT TAKES — Oingo Boingo founder Danny Elfman is about to release Big Mess, his first solo album in 37 years. Covid lockdown was the big inspiration for Elfman to work on his own record after years of some of the biggest soundtracks in the world. “Once I began writing,” Danny says, “It was like opening a Pandora’s box and I found I couldn’t stop. None of it was planned. I had no idea how many songs I would write but from the start it quickly became a 2-sided project with heavily contrasting and even conflicting tones. I knew from the start that this wasn’t going to be a neat, easy-to-categorize record,” says Elfman. “It was always destined to be this crazy cacophony, because that’s who I am. The Big Mess is me.” Oingo Boingo were active from 1979 to 1995. The band formed in Los Angeles but Australia delivered their best chart positions. The band’s sixth album Dead Man’s Party gave them at #39 with “Weird Science” and a #30 with “Stay.” However, Danny’s “day job” developed into the award-winning composer. Elfman wrote the Grammy winning score for Batman, and composed the music for Beetlejuice, Scrooged, Edward Scissorhands, Charlie and the Chocolate Factory Batman Returns, Dick Tracy, Spider-Man, Spider-Man 2 and Spider-Man 3, Justice League, The Grinch, Dumbo, Men In Black International, Mission Impossible and Shades of Grey … Somewhat hilarious watching the Today Show’s Carson Daly defending J. lo and Alex Rodriquez coming to the show to officially announce their breakup. God, it’s like watching Harvey Levin’s TMZ on a big network. Somewhat pitiful … Just heard an advance of Robert Miller’s Follow Your Dream podcast with The Cutting Room’s Steve Walter. Terrifically informative. Should be posted in about a week. I especially liked the part when Walter talked about The Bottom Line. I loved that club. Details to follow …And,  ABC’s David E. Kelley show Big Sky returned this week with two-jammed packed episodes. It’s a three-month time jump, new faces and new bag guys; one is the brilliant Ted Levine (Monk). It’s a lot of narrative that at moments was difficult to follow. Still, this show which I felt always lived in the Twin Peaks-world … is still pretty damn good. Brian Geraghty -from the first run of show- in a mullet-wig is pretty delicious. Katheryn Winnick and Kylie Bubury remain fabulous. I remain a fan … along with Tom Cuddy!

G. H. HARDINGApril 14, 2021
Read More
Scroll for more
Tap
Let Out That Big Tarzan Jungle Call for Pecorino’s The Destruction of Jane on YouTube
‘In The Heights’ Premiere to Mark Tribeca Festival Return