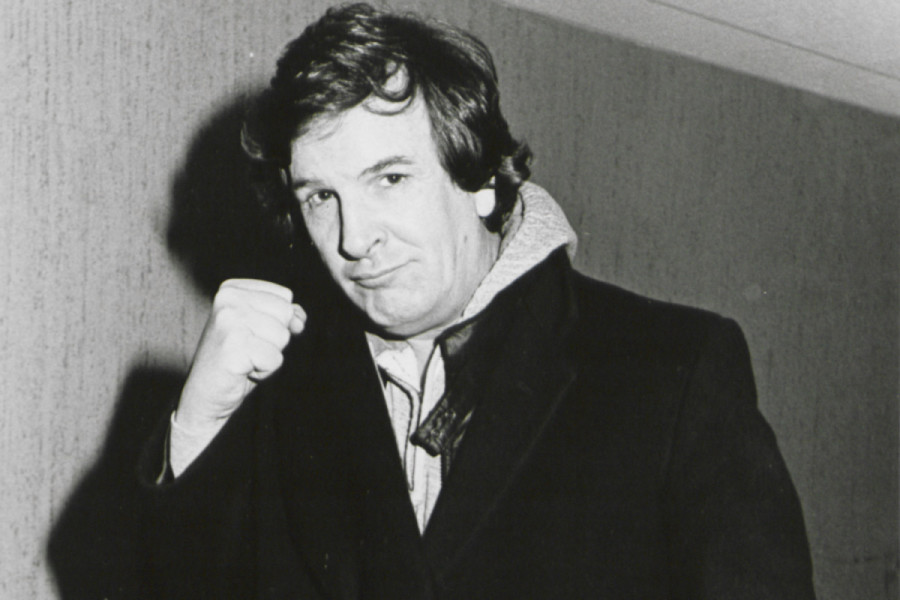 DANNY AIELLO — Actor Danny Aiello passed last week and I have to say it really stopped me in my tracks. I knew him casually, but he was without a doubt, not only a terrific actor (Moonstruck) but, one of the nicest guys around. Danny always had a hug, a joke and a smile for you.

I used to see him regularly years back at a great bar/restaurant called Columbus, that both he and Regis Philbin (of all people!) had a stake in. There also would be dozens of actor, some working, some not, who’d be there and fill the place with a veritable joie de vivre.

Danny’s roles in Fort Apache; Do The Right Thing; and three Woody Allen movies (including my favorite Purple Rose Of Cairo) were totally memorable. He always made an indelible impression on the screen.

Danny was a big, hulking guy, but as sweet as a pussycat. Last time I saw him was on West 57th Street in NYC and I’ll treasure that moment. I’ll miss him a lot.

WENDY‘S WORLD — Of all the vibrant personalities we’ve chronicled over these many pages, near the top of the list must stand social-influencer Wendy Stuart Kaplan: a true force of nature.

She goes back to the days of the legendary Studio 54 and rubbed shoulders with the likes of Calvin Klein and Andy Warhol. Her perspective today is totally delightful and on point, as she talks from pure experience.

Kaplan is also a stalwart-mainstay at The Explorer’s Club on Manhattan’s trendy East Side. She’s also done a number of award-winning films with her husband, noted-photographer Alan Kaplan.

Performance artist Eileen Dover, on her site, conducted just a point-perfect interview with the peripatetic Kaplan. Take a read: https://eileendover.net/published-works%2Farticles/f/wendy-stuart-kaplan-new-york-citys-most-glamorous-influencers-1 .

For 2020, Kaplan is hosting an event at Bedlam in mid-January, details to follow. Also, look for Kaplan to topline her own radio show shortly. Delightfully Wendy!

BEST MOVIES OF THE YEAR  — Quentin Tarantino’s Once Upon A Time In Hollywood is #1; the rest, in no particular order are: Dolemite Is My Name; The Irishman; Ford V Ferrari; A Beautiful Day in the Neighborhood; Gloria Bell; Uncut Gems; Richard Jewell; Pain and Glory; Hustlers;  and, Ad Astra.

BEST BROADWAY OF THE YEAR — Unquestionably, David Bryne’s American Utopia and the track “Everyone’s Coming To My House.” Provocative, challenging, engaging … I can’t say enough about it. If you miss, a major loss!

BEST TV OF THE YEAR — Emergence; FBI; The Blacklist; This Is Us; Bull; Bluff City Law; Fleabag; and, Marvelous Mrs. Maisel.

Second place: Brian Cox in The Great Society. The Succession star just shines in this play as LBJ. Terrific actor. And, David Garrison is sensational!

SHORT TAKES — Celebrity-scribe Mark Bego gets profiled Monday by the glossy-Tucson Lifestyle on his amazing year; three #1 books, including Supreme Glamour, which he wrote with Supreme-Mary Wilson. His Rocket Man (on Elton John) book is out next month …

The legendary Peter Asher was at Steve Walter’s Cutting Room this week. Here’s an intriguing BTS story about a two PR people there (gleaned from one of the barkeeps): one stayed, the other left after a brief confrontation with the other. Too bad because the one who left had set a photographer to attend to get photos of Asher with their shared client. As always … the artist gets hurt. Also there that night, were Mark Hudson and J. Robert Spencer. Thanks to Jeff Smith for the photo … Our PR-pal, David Salidor got the Billboard-interview treatment last week from Editor Joe Lynch and it was an exceptionally good one. Here it is: https://www.billboard.com/articles/business/8546010/david-salidor-interview?fbclid=IwAR3YiMNc2-OhkjnTmUopkztDjEfFcwdSMNKuFIIaFqDz04f19OANeHgj8GM …

We’re watching and loving the third season of The Marvelous Mrs. Maisel on Amazon Prime. On Episode 4 (Hands) playing for the end credits, is “Where Evil Grows” by the Poppy Family (1971) that just rocks.

The episode foreshadows a possible gambling-problem for Suzie Meyerson (Maisel’s manger), but who knows. The scripts for this season are as terrific as ever and the nuances, continue to be just astonishing. The Palladinos are to be continually applauded for putting together such a terrific show. For me, the terrific characters and actors (Tony Shalhoub is simply outstanding and Jane Lynch giving her best performance ever!) aside, I think the direction of each show is just sensational, The sweeping crowd shots are just mesmerizing and in the first episode, the shots at a USO show are just stunning. No question, Maisel is classic-TV for sure. The Palladinos: creative genius. Utterly brilliant. To no one’s surprise, the show was just renewed for Season 4 …… Speaking of TV, network in this case, ABC’s Emergence is just brilliant. After being bounced around schedule wise, the episode last week -their fall finale- was just terrific. Each episode is better and better. Bravo! … I’m still waiting to hear the Jason Scheff album. I hear its great … and, The final It Was Fifty Years Ago show, with Micky Dolenz; Todd Rundgren; Christopher Cross; Joey Molland and Scheff, was Sunday night in Jackson, CA, at the Jackson Rancheria Casino. Without a doubt, the tour of the year! Congrats!