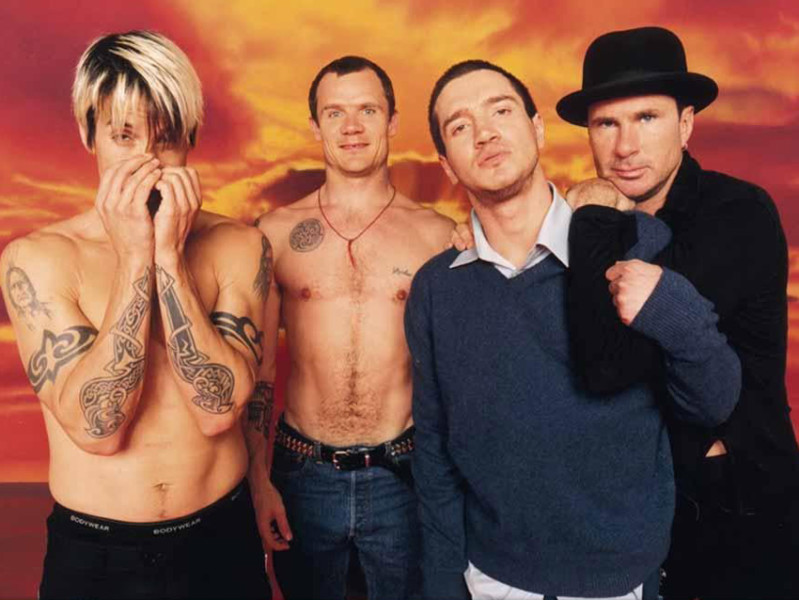 PEPPER POWER — Red Hot Chili Peppers are the latest act to sell off their catalog. Hipgnosis Songs has reportedly paid $140 million for the catalog.The sale is a huge financial payday for Anthony Kiedis, Flea, Chad Smith and John Frusciante, who wrote the bulk of the songs.

COCO TO HBO MAX — (via SHOWBIZ 411) Conan O’Brien is wrapping his talk on TBS on June 24th. Conan has had a spectacular run. His original “Late Night with Conan O’Brien” began on September 13, 1993 and ran until til 2009, when Jimmy Fallon took over. As we all know, Conan took over “The Tonight Show” until NBC screwed him and brought back Jay Leno, whom Conan had replaced.You may recall the big TeamCoco campaign and the tour he went on that brought him to Radio City Music Hall. A Conan movement erupted nationally.O’Brien moved to TBS shortly thereafter and has held court ever since. On June 24th, he’ll complete 28 years, the longest run ever for a night time talk show host.And he’s only 58.Sources tell me he will likely move operations to HBO Max. Weekly? Monthly? No one knows yet.When I met Conan in the late 80’s, he was a writer at “Saturday Night Live.” From there he went to “The Simpsons.” The rest is history including his famous obsession with Adam West, TV’s “Batman.”Conan isn’t going away, so don’t worry. He’ll be with us — I hope — for a long time.

MONKEE GOODBYE? — Hey, hey, The Monkees are coming to the US — but this time it’s for the final time. After being forced to cancel their spring tour last year due to the coronavirus pandemic, surviving members Michael Nesmith and Micky Dolenz have announced new 2021 tour dates. They’re calling their trek The Monkees Farewell Tour and it’s scheduled to kick off later this fall.

The Monkees Farewell Tour will consist of 20 dates in the US. They will begin their adventures in Seattle, Washington on September 11th and will then perform in various cities across California, Tennessee, Georgia, Florida, Pennsylvania, New York, Massachusetts, Michigan, and Wisconsin. The tour is scheduled to conclude in Kansas City, Missouri on November 10th. Check out the complete list of tour dates below.

A poster for the tour promises “a magical night of music” that will include “all the hits, deep cuts, and fan favorites” alike. There’s a chance attendees might hear some of their newer songs, too. The Monkees’ last studio album — Good Times, which featured contributions from Rivers Cuomo, Ben Gibbard, Noel Gallagher, and Paul Weller — came out in 2016 and was followed by a holiday record titled Christmas Party in 2018.
Unfortunately, fans won’t be able to see The Monkees co-founder Peter Tork playing as part of the band. He tragically passed away in 2019 after a decade-long fight with adenoid cystic carcinoma, a rare cancer of the salivary glands. He was 77 years old.

COCONUT ENVY — From something called Hot Press: Musician Kid Creole has sold the rights to hits, which include ‘Annie I’m Not Your Daddy’, ‘Stool Pigeon Live’ and ‘Don’t Take Away My Coconuts’, to music publisher One Media iP Group.The singer has sold the writers’ royalties of 80’s band Kid Creole and the Coconuts, saying he wants to “look after his Coconuts way into the future.”New Yorker August Darnell was born in 1950, and later enjoyed a string of hits as Kid Creole in the early 1980’s and earned a Brit Award for best international artist in 1983.
One Media iP Group did not disclose how much it paid for the acquisition of more than 250 Kid Creole songs.Earlier this year the company bought the rights to a string of early hits by Take That from songwriter and producer Ian Levine.”One Media is a natural home for my music because they are focused on digital, and nowadays there are hundreds of platforms, with millions of different streams going on,” Kid Creole said of the deal.

“Kid Creole has to look after his Coconuts way into the future and that’s why I’ve done the deal.”
Michael Infante, CEO of One Media iP, added: “We are delighted to announce our third royalties deal acquisition of the year executed through our innovative Harmony IP programme. The Kid has been a delight to work with and we look forward to many years of close association with him. I want to say, ‘Who is the Daddy?’ but that would be too corny.”

First off, his name is not Kid Creole, but August Darnell and, as long as I’ve been aware of him, he’s had a fondness for stretching the truth … just a bit. Yes, the band began in NYC, playing at clubs like Jerry Brandt’s The Ritz and the late-great Hurrah on West 62nd street.

Sire’s Seymour Stein signed the band to his label and even before that Chris Blackwell swept them up in a deal involving his label, Islandand ZE Records.Kid Creole & The Coconuts were a trendsetting band (and, current and/or former member Coati Mundi was a HUGE part of that) and even though they ultimately became bigger in Europe than over here in America, they set the stage for artists such as Prince and numerous others.
Besides great music they had a certain theatricality, which is much-missed today.

Last June, they released a 40th anniversary edition of their landmark album Off The Coast of Me … and, it fell totally flat. Most critics and the in-the-know, weren’t even aware it came out.

SHORT TAKES —Sunday November 14 is the date for this year’s Rockers On Broadway event from Donnie Kehr and Cori Gardner … Micky Dolenz on Chris Carter’s Breakfast With The Beatles on May 23 and on Bruce Morrow’s WABC talk-fest Saturday night … Spent two hours yesterday at Steve Walter’s Cutting Room watching Rocker’s On Broadway Donnie Kehr working on a project. What a great, great room. I hope it comes back fast … And, shocking news from Bill and Melinda Gates, right? And, she’s not asking for a settlement as they’ve already worked it out. Bill is worth around $124 billion. I wonder what the deal was they worked out.

G. H. HARDINGApril 27, 2022
Read More
Scroll for more
Tap
What to Watch in The New Year: May 5
Conversations We Need To Have With Bruce Ostler and Kate Bussert on The 2021 Idea Awards and More Part 1