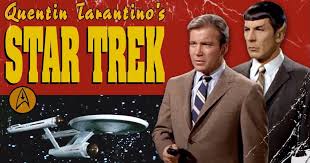 STAR TREK FEVER — If you’re a Treker (and, really, who isn’t?) there’ve been some serious seismic activity in the Star Trek-universe over the course of the several few weeks.

First: CBS All Access’ Picard (featuring the new exploits of Captain Jean Luc Picard – restless as ever) has been renewed for Season Two, ahead of its Season One premier in January.

As a Trek-fan, I think Patrick Stewart’s portrayal of Picard has been nothing shorty of amazing and since this series was first announced, fans-everywhere have been on warp drive. As good as Stewart has been, for me at least, he certainly hasn’t erased William Shatner’s epic portrayal of James Tiberius Kirk. In fact, the scenes with both Kirk and Picard in the Trek-film Generations resonate like never before.

A newly released trailer of Picard greeting Jonathan Frakes  (aka Number 1 on STTNG) almost broke the internet. The scene of the two of them sitting on a  bench pondering their futures is rich. Check it out here:

Second; The great DC Fontana, who wrote several of the original Trek-shows has passed at 80.

She worked the premise into the script for “Charlie X,” although she gave Roddenberry the story credit and only took the teleplay credit for herself. It was broadcast as the second episode of the series. Although this was an adapted story, she also wrote “Tomorrow Is Yesterday”  from her own idea.

She subsequently came up with the ideas for the episodes for “Journey to Babel” and “Friday’s Child.” There were other works that she was formally credited with based on the Writers Guild arbitration that were only re-writes of episodes.

She was one of four writers to re-write Harlan Ellison’s “The City on the Edge of Forever,” alongside Roddenberry, Gene Coon and Steve Carabatsos who had all made changes at different times to Ellison’s displeasure. Interesting fact: Fontana’s draft, submitted on January 23, 1967, was superseded by three further versions by Roddenberry. For my money, the best Trek-episode ever! RIP DC!

And, this from Quentin Tarantino via Deadline: The internet is blowing up after comments that Quentin Tarantino might be stepping away from directing the R-rated version of Star Trek he cooked up with JJ Abrams, with The Revenant‘s Mark L. Smith scripting. I happened to be on the phone with Tarantino as the stories began spreading. Tarantino said he hasn’t made a definitive decision, yet.

“I might be steering away from it, but we’ll see,” he said. “I haven’t completely decided, or talked to anyone involved. Nothing is official.”

Deadline broke the story of the decision by Tarantino and Abrams to develop the script with Smith, a passion fueled by Tarantino’s love for the original show and particularly the James T. Kirk character created by William Shatner for exec producer and creator Gene Roddenberry. It would be a shame for Trek fans if Tarantino won’t direct it but Smith has turned in a script he likes and they’ve done a lot of developing, so it might well be a gift for another filmmaker.

They’ve all been waiting for Tarantino to complete his awards season promotion for the triumph Once Upon A Time…In Hollywood, which just got its DVD release and still remains a front runner. Deadline revealed recently that Noah Hawley (Fargo) had come aboard to also develop to direct another Star Trek film.

Stay tuned … this is getting sticky!

Kiss’ February and March U.S. dates are sandwiched by David Lee Roth’s residency at the House of Blues at the Mandalay Bay Resort & Casino in Las Vegas, which has shows running from Jan. 8-11, and March 18-28. Roth is also set to play the Epicenter Festival in Charlotte, N.C. on May 1.

Roth has declared Van Halen to be “finished,” and, with his current band, the first time he’s ever used a two-guitar lineup, as the “next phase” of his career. “I’ve inherited the band de facto — whatever that means,” he said. “I think it means if you inherit it, carry this proudly. Van Halen isn’t gonna be coming back in the fashion that you know. And that being said, Eddie’s [Van Halen] got his own story to tell. Not mine to tell it.”

For Kiss, working with a member of Van Halen would help bring Gene Simmons’ career full circle. In 1976, he produced a 15-song demo for them, which helped them get signed to Warner Bros. A year later, he asked Eddie and Alex Van Halen to record demos of “Christine Sixteen,” “Tunnel of Love” and “Got Love for Sale.” The recordings were officially unearthed in a 2017 collection of previously unreleased Simmons material.

SHORT TAKES — As Morpheus said to Neo in The Matrix, “I can only show you the door. You’re the one that has to walk through it.” That’s the dilemma now facing Keanu Reeves fans at the theaters in a few months, as they ponder their strategies for choosing which film to see first on what’s being touted as Keanu Reeves Day: May 21, 2021, when the sequels Matrix 4 from Warner Bros. and John Wick 4 from Lionsgate, debut on the same day. The unprecedented twin billing of the two action thrillers from the beloved star has the online community roaring its approval …

It’s been more than 10 years since founding Guess Who guitarist Randy Bachman and singer/keyboardist Burton Cummings toured together, but it looks like a reunion may be in the works for next year. Cummings has posted a couple of messages on his official Facebook page hinting that the two musicians are organizing a tour.  The first post shows a photo of Cummings and Bachman arm-in-arm onstage, and reads, “’Rumour has it’ that this might be a sight that many people see in 2020.” The second post features another pic of Burton and Randy, accompanied by a lengthier message that reads, in part, “I’m hearing ‘rumours’…I’m hearing ‘rumours’…looks like 2020 might see this happening…and I say to myself ‘why not…?'”  The caption continues, “I’m mulling over in my mind what a set list it could be with all the [Guess Who] stuff, some of my solo stuff, and [various the Bachman-Turner Overdrive songs,] AS WELL AS a few choice numbers from our Jukebox CD…Yikes…It could very well make for a pretty strong two hours…Yes it could…” The two veteran rockers had feuded for many years since their joint 2009 Bachman-Cummings trek, with Randy revealing in a 2014 article in Toronto’s newspaper The Star that the dispute involved The Guess Who’s publishing.  But now it seems they’ve buried the hatchet. Signs that Bachman and Cummings had mended their relationship first emerged this past summer.  On July 18, they played a full concert together at Toronto’s Casa Loma as a fundraiser for Canada’s Walk of Fame.  Then, on August, Randy joined Burton for three songs during Cummings’ show at Toronto’s CNE Bandshell …

I’m somewhat bemused by all the ink on the fact that Mariah Carey’s “All I Want for Christmas Is You” is #1 … after 25 years! Carery’s last two album, for different labels if memory serves, sunk like lead balloons. I like Mariah -I really do- but, battles with various managers over the years and labels haven’t helped her one bit. I still remember when she was handled by Jerry Blair; one of the brighter lights around. But, that was like 25 years ago . Truth be told, J. Robert Spencer’s new holiday song, “Waiting On Christmas” is a big new favorite …

The legendary building at 1841 Broadway is coming down. The home of Atlantic Records for years (not to mention the fabulous restaurant Gabriel’s); I well remember walking by one day and seeing Rascal-Gene Cornish staring intently at the building. “That’s where it all happened” he said … and, Happy Birthday Bill Amendola!