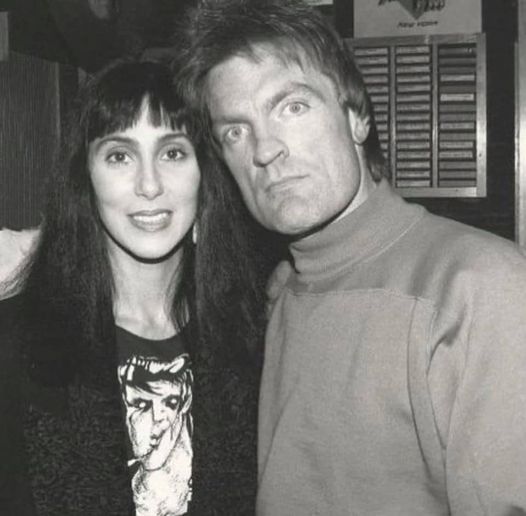 CROSBY & McDONALD, INC. — (via UCR) On July 23, the prolific David Crosby will release a new album titled For Free, shortly before his 80th birthday on Aug. 14.

The official album announcement declares: “With a transcendent quality that lies somewhere between poetry, prayer, and wild-eyed rock & roll, For Free yet again reveals Crosby’s rare gift for imparting essential truths with both undeniable warmth and a profound sense of wonder.”

Officially detailed on Thursday, the news came with the premiere of “River Rise,” a lively track finding “Croz” joined by Michael McDonald, who co-wrote the song with Crosby’s son, James Raymond.

For Free will be Crosby’s first release since 2018’s Here If You Listen, as well as his first record since selling his catalog (solo, the Byrds, CSN & CSNY) to Irving Azoff’s Iconic Artists Group in early March.

Its title comes from the title track, a cover of Joni Mitchell‘s 1970 song from her album Ladies of the Canyon, which David Crosby reimagines for this new project (featuring Jarosz) –

“Joni’s the greatest living singer/songwriter, and ‘For Free’ is one of her simplest,” said Crosby in a statement. “It’s one of my favorite songs because I love what it says about the spirit of music and what compels you to play.”

It’s worth noting that in 1973, Crosby and the Byrds released a cover of “For Free” on their 12th and final studio album, Byrds.

The song “Rodriguez for a Night” was written by Fagen, and Crosby seems especially excited about that one.

Was that press release written by Michael Jensen … one of the greats! Transcendent quality just gets me. The track, with McDonald, is great, unfortunately not as great as the track McDonald did for the movie Running Scared, in 1986, with Billy Crystal and Gregory Hines. That song, “Sweet Freedom” was amazing. Still, it’s McDonald and anything he has a hand in is pretty superb. Check it out here:

Also, the cover, painted by Joan Baez is superb.

ARNOLD’S TRUE LIES DEUX — (Via Deadline) Netflix has given an eight-episode series order to an untitled global spy adventure one-hour starring and executive produced by Arnold Schwarzenegger in his first major foray into scripted television.

In the series, created by Nick Santora (Jack Reacher; The Fugitive series) – when a father (Schwarzenegger) and daughter (Barbaro) learn that they’ve each secretly been working as CIA operatives for years, they realize their entire relationship has been a lie and they truly don’t know one another at all. Forced to team up as partners, our series tackles universal family dynamics set against a global backdrop of spies, fantastic action and humor.

“Fans from all over the world have been asking me for a wild ride like this for years, and now they’re finally going to get it because of our great partners at Skydance and Netflix,” Schwarzenegger said. “I am beyond pumped to start work on the show with Nick and Monica and the whole team.”

Santora created and developed the original idea and is executive producing the untitled series as part of his overall deal with Skydance Television.

Kind of sounds like a twist on Arnold’s True Lies movie in 1994 which was terrific. If Michael Douglas can bring back Kathleen Turner, maybe Arnold can bring back Jamie Lee Curtis and Tom Arnold.

Maybe a good title would be More True Lies.

Stay tuned. The former Governor still has it for sure!

SHORT TAKES — Quick, name your favorite streaming show during the pandemic! Money Heist? Serpent? Any of the Icelandic-based shows that had some awful dubbing and ultimately all blended together? For me, The Morning Show and Ted Lasso, both on Apple+,were unquestionably the best. Jennifer Aniston and Reese Withspoon (and, the brilliant Billy Crudup) just outstanding. And, Jason Sudeikis… amazing.

But the other night I discovered another one, on HBO Max, Hacks starring Jean Smart. Immediately I thought it was about some sort of computer-scam, but, it’s not. The brilliant Smart essays Deborah Vance; a Joan Rivers-like performer in Las Vegas, who has a deal with QVC hawking jewelry and gets loads of money at hosting events. Her Vegas act is getting a bit long-in-the-tooth and the hotel owner (brilliantly portrayed by Christopher McDonald) suggests she reduces the number of her shows, Aghast, she immediately calls her agent Jimmy who reluctantly pairs her up Ana (Hannah Einbinder) whose career is on the downswing now after penning an off-color joke about a Senator. They don’t meet cute, but eventually come to a working relationship. The show, created by Paul W. Downs, who portrays agent-Jimmy, is delicious. Riddled with entertainment inside-jokes, I loved it … and, it successfully combines comedy with a hint of drama. Bittersweet at times as Smart’s character re-thinks a her past. Watch the trailer here:

Great Andy Greene interview with Micky Dolenz in Rolling Stone.  His Dolenz Sings Newsmith was released last Friday. Here’s the interview: https://www.yahoo.com/now/micky-dolenz-monkees-farewell-tour-142646774.html  … Speaking of Dolenz, he guested on Chris Carter’s Breakfast with The Beatles yesterday with fellow-guests Lawrence Juber and Denny Seiwell, both from McCartney’s Wings … Congrats to the great Elvis Duran on his 25th anniversary as host the (original) Morning Show on Z100.