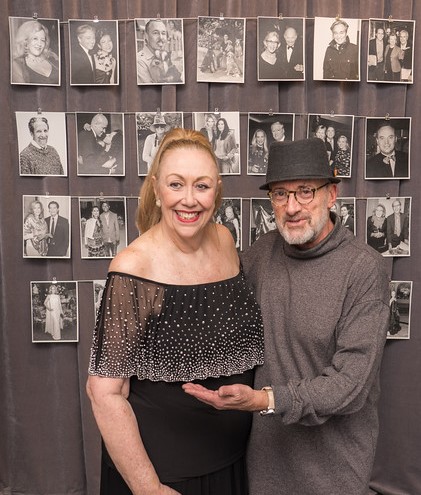 WATTS FAMOUS — NYC’s own Annie Watt has become the #1 celebrity-photographer in the field. Be it Mark Bego’s smashing 2018 party for his Eat Like A Rock Star book (at Steve Walter’s Cutting Room); or, great portraits of Michael Douglas; Catherine Zeta-Jones; Dr. Oz; Rex Reed; or The Village People’s Randy Jones … Annie has the latest and the greatest.

For some unknown reason there is indeed a difference between a society-photographer and your regular paparazzo. The society-crowd knows Annie and as such, are most accommodating to her. She also operates in Palm Beach and The Hamptons.

Last Thursday she held a reception for her work entitled Famous at NYC’s Laverdin Gallery on the Upper East Side. Annie held court, greeting each and every guest and having a photo taken with them. Seen in the throng, were: PR-pasha David Salidor with social-influencer Wendy Stuart Kaplan; Aubrey Reuben with his wife; Rita Cosby and her husband Tomaczek Bednarek.

XMAS HIGHS & LOWS — (from Variety) As radio stations everywhere turn to an all-Christmas format, what song would listeners most like to jingle all the way to oblivion? That question remains unsettled in America, but over in the U.K., a poll has singled out Mariah Carey’s “All I Want for Christmas is You” as the most annoying holiday song ever.

The mobile phone company Huawei conducted the survey. Perhaps Carey’s song topping the poll is not surprising; the 1994 single is ubiquitous enough, worldwide, that it would probably come in near the top of any survey of favorite songs, too. But clearly it is not without its polarizing factors to many Brits who dread the music of December.

The rest of the U.K.’s most annoying list is decidedly Brit-centric, with the Band-Aid charity song “Do They Know It’s Christmas?” coming in at No. 2. A couple of holiday songs from British rock stars of the 1970s, Wizzard’s “I Wish It Could Be Christmas Everyday” and Slade’s “Merry Xmas Everybody” are in the Nos. 3-4 positions. Do the English even realize how uniquely fortunate they are to have that Wizzard song all over the airwaves every December? Apparently they do not.

Wham!’s “Last Christmas,” which surely would top any more scientific poll, lands at No. 5.

One of the greatest Christmas songs of all time, “Fairytale of New York” by the Pogues with Kirsty MacColl, inexplicably comes in at No. 6, although it’s probably difficult to overestimate how many more thousands of times the British have been subjected to this ode to drunken dysfunction than Americans have.

At No. 7, perhaps the least expected choice, from a U.S. point of view, is the Tom Jones and Cerys Matthews version of “Baby, It’s Cold Outside,” a single that has been inescapable overseas since its 1999 release but has gotten virtually zero airplay, ever, in the States. Given the ongoing controversy in the U.S. about the song itself, it seems safe to say that the recordings that Americans are more familiar with (like Dean Martin’s) would be contenders if a similar survey were conducted here.

The No. 8-10 picks return the poll to territory more familiar to American listeners: the Jackson 5’s “Santa Claus is Coming to Town,” Eartha Kitt’s “Santa Baby” and the Andrews Sisters’ “Jingle Bells.”

That Paul McCartney’s “Wonderful Christmastime” was even bigger in the U.K. than in America yet does not appear anywhere in the top 10 throws the veracity of the poll further into question.

One thing Mariah Carey’s “All I Want for Christmas is You” has going against it — or for it, depending on your point of view — in this poll is the fact that it’s the last original holiday song to have really become a Christmas standard; nothing in the 21st century can really be said to have joined the popular canon.

Perhaps that makes it more vulnerable to boomers who might consider Carey’s song an irritating jingle-come-lately in a pantheon in which practically everything else has been grandfathered in, although there are probably just as many from that generation that cherish it for its debt to the Phil Spector Christmas sound.

There’s more annoyance or delight where that came from. Carey’s 1994 “Merry Christmas” album, from which the megahit derives, has been reissued this fall in a 25th anniversary deluxe edition with a bonus disc that includes remixes, a new recording of “Sugar Plum Fairy” and previously unreleased live tracks from the singer’s ’94 performance at the Cathedral of St. John the Divine in New York City.

Curiously, due probably to a number of peculiarities about chart rules at the time, Carey’s song never reached No. 1 on the Billboard Hot 100; the highest it’s ever gotten there is No. 3, a position attained just last year. Carey released a duet version with Justin Bieber in 2011. The song has been covered live or in performance by artists including Kelly Clarkson, My Chemical Romance, Michael Buble, Fifth Harmony, Lady Antebellum, Cee Lo Green, Ariana Grande, Idina Menzel, She & Him, LeAnn Rimes and Ingrid Michaelson.

Clearly U.K. music fans are not taking their cues from the Guardian, which this year ran its own subjective list of the most annoying holiday songs of all time and only placed Carey’s at No. 20. They had “Do They Know It’s Christmas?” in second place. The newspaper’s No. 1 pick: Bing Crosby and David Bowie’s “Little Drummer Boy/Peace on Earth.”

The full survey results for Britain’s most annoying Christmas song:

All I Want for Christmas is You – Mariah Carey

I Wish It Could Be Christmas Everyday – Wizzard

Fairytale of New York – The Pogues and Kirsty MacColl

G BOARD DOWN — Last Tuesday, I woke up, powered on my phone and saw that the keyboard didn’t come up. Long story short: Google had sent a keyboard update late-Monday night with a bug. Hundreds of android phones went down, including mine and it took me two days and at least a half-dozen conversations with so-called tech-people, before I found one that actually worked.

Verzion wanted to sell me a new phone and lose all my data and in the end all it took, was a one-time fee of $29.00 to restore the keyboard.

I’ve had Verizon for years; since they were Bell Atlantic and they are the absolute worst. Short-staffed with kids who were really not the tech-types in school and certainly aren’t now.

They are a close second to Spectrum.

There are people who say one day the Internet will be free. I ask: One day, will the sales staffs at these various outposts ever really be informed? Sad and frustrating for sure.

BEST BOOKS OF 2019 — Me by Elton John; Supreme Glamour from Mary Wilson and Mark Bego; CSNY & Y by David Browne; and, The Queen Next Door; Aretha Franklin by Linda Solomon;

SHORT TAKES —Mariah Carey: the Queen of Christmas left employees of one Atlantic City eatery less than cheery this week, when her team reportedly left a zero-dollar tip on the star’s $500 meal. A source told Page Six that “Chef Will Savarese (of Robert’s Steakhouse) prepared the meal with extra attention to make sure that everything was perfect for the notoriously finicky pop star” and when a staffer picked up the order, they paid $500 for the $493.67 bill and asked for the $6.33 change back, leaving nothing … SIGHTING: WOR’s Tom Cuddy and PR-pasha David Salidor at Walker’s in Tribeca …

I’m not sure how or why, but two TV-shows were omitted from our list last time: HBO’s terrific Succession (featuring the brilliant Brian Cox) and Amazon’s Fleabag. The former is the best TV drama since The Sopranos and Fleabag was just exemplary. Phoebe Waller-Bridge, the writer and creator, did a touch-up on the upcoming James Bond-movie No Time To Die. That’s how hot she is … btw: NBC’s cancelled Bluff City Law, with Jimmy Smits, is pretty great. Watching a handful of episodes, they had one featuring a musician, whose copyrights had somehow evaded him. Pretty cool. Smits was great. Don’t know what happened there … Failure To Launch in 2019 included: Bluff City Law; Duane Betts; Cats-the movie; Kjersti Long; Nonstop To Cairo (again!); and, Good ‘n Screwed … I watched the last episode of Amazon’s Marvelous Mrs. Maisel and it was kind of a down ending. She learns a tough showbiz lesson. Kind of like the second season ending of The Kominsky Method (Netflix). Truth be told … after this political year, I don’t need any more down news … RIP: Robert Evans; Peter Fonda; Peter Tork; Danny Aiello; Diahann Carroll; Ron Leibman; Rip Torn; Leon Redbone; Sylvia Miles; I.M. Pei; Doris Day; Tim Conway; Peggy Lipton; Peter Lindberg;  Martin Charnin; Karl Lagerfield; Albert Finney; Carol Channing; Robert Forster; Dick Dale; Hal Blaine; Steve Golin; Ken Kercheval; Pegi Young; and, Ron Fleeger. We’re back next Monday … HAPPY HOLIDAYS! 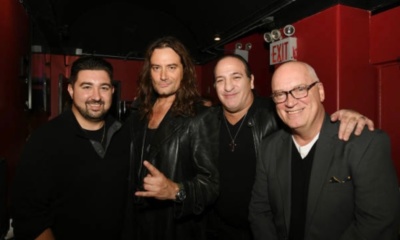 G. H. HARDINGOctober 2, 2022
Read More
Scroll for more
Tap
Happy Chanukah From T2C With Eight Days Of Light
The Carney’s Do Christmas at The Green Room 42