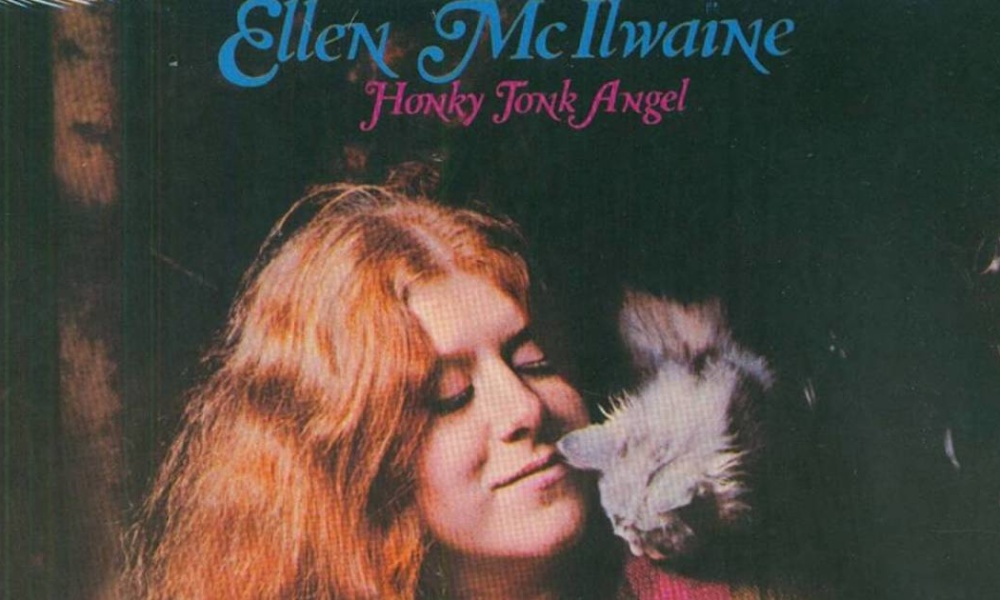 Ellen McIlwaine RIP — (Via Forgotten Hits) It was the mid-60’s Greenwich Village scene. Jimi Hendrix and Ellen McIlwaine were struggling musicians who shared a common bond – music. They shared the stage together. She was a friend. Hendrix left Greenwich Village when Chas Chandler convinced him to come to England. McIlwaine stayed, and by the early 70’s had carved out a cult-like status with her albums Honky Tonk Angel and We the People. She eventually moved to Canada, where she was active in the festival circuit and Prairie Music Scene, out of the limelight but staying true to her roots. Sadly, McIlwaine passed away in June after a battle with cancer at the age 75.

McIlwaine was born in Nashville but grew up in Japan with her missionary parents. Hearing American rhythm and blues on the radio, she was playing rock and roll piano as early as her fifth birthday, inspired by the music of Fats Domino, Ray Charles and Professor Longhair that she heard on Armed Forces Radio. Her family eventually returned to the United States when she was 15, making Atlanta home. There, she became involved in the southern gospel / R&B scene. She also switched from piano to guitar, inspired by B.B. King.

She quickly evolved with a captivatingly original style. She turned an acoustic guitar into a funk instrument. She then fused that with New Orleans’ jumbo scat vocalizations. Her voice, her playing, her interpretations put her in a small circle of popular female folkies of the early 70s era – including the likes of Joni Mitchell and Laura Nyro.

In 1966, McIlwaine moved to the East Village of New York City, soaking up the Greenwich Village vibe. It was the same period Hendrix was there. It’s said that Hendrix even sat in on her gigs at the Cafe Au Go Go, “encouraging her as well as teaching her how to use her voice like another guitar,” writes Tom Terrell in the liner notes of her release Up From the Skies: The Polydor Years (Polydor Chronicles), who also indicates McIlwaine was with Hendrix when he wrote “The Wind Cries Mary.”

“I used to play with Jimi Hendrix,” McIlwaine acknowledged in the book Hoot: A 25 Year History of the Greenwich Village Music Scene (St. Martin’s Press). “I don’t think Jimi ever played with women before. There weren’t that many women around. I played the piano. I didn’t play guitar when he played with me. He played lead guitar. He sat on a barstool and he played and didn’t try to steal the show and act macho and everything.”

She continues, “It was real interesting getting to know him, because he was real difficult to get to know. I don’t know if anybody ever really did. He was withdrawn. Music was the way he communicated – music was everything. He lived it and breathed it. He was always interested in hearing everybody.”

Closing out her story on Hendrix, she said “When I was playing with him, I called my manager at the time and I said, ‘I found a guitar player.’ And he said, ‘Well, who is he?’ I said, ‘You’ve got to come down and hear him, his name is Jimi Hendrix and he’s really good.’ He said, ‘I heard about him.’ I said, ‘Well, come hear him.’ He said, ‘No. No. You don’t want him in your band, he’s black.’ I said, ‘I don’t want you to be my manager.'”

Over the years, McIlwaine has honored Hendrix with her interpretations of his music. In 1972, she included a version of “Up From the Skies” on the album Honky Tonk Angel (Polydor), recorded live at the Bitter End in New York, just Ellen and her guitar, not as a tribute to Hendrix, but as one of her own songs. She returned to the Hendrix catalog again in the late ‘90s with her take on “May This Be Love” on Women in (E)motion (Tradition & Moderne), reprising “Up From the Skies” with a much funkier jazz-scat arrangement on Spontaneous Combustion (Tradition & Moderne).

As mentioned, McIlwaine appeared to be one of the Greenwich Village alumni who would continue with a lengthy successful career after her first couple of albums. Unwilling to compromise with the music industry commercially and a bout with alcoholism left McIlwaine on the sidelines. Leaving New York, she headed up to Toronto where she became involved in the reggae and blues scenes there. In 1987 she became a permanent resident of Canada and was touring the festival circuit with Johnny Winter.

Her career rebounded in 1997 when she was invited to Germany for the annual Women in (E)motion Festival. The success of that spurred McIlwaine to head back into the studio for the album Spontaneous Combustion.

Since then, McIlwaine moved to Calgary and, with her interest in Eastern music, has continued to release albums exploring a variety of world music formats. Her last album Mystic Bridge (EMM) was a blues / world music project featuring table virtuoso Cassius Khan.

You could find her regularly performing at Calgary’s Ironwood Stage and Grill. She boasted of being proud of being “clean and sober” since 1982. But hip replacement surgery in 2004 slowed her, and as the number of venues dwindled and fewer festival opportunities, McIlwaine became a typical Calgary resident and was driving a school bus while she battled her cancer.

I well remember her for her shows in Greenwich Village and at clubs like My Father’s Place in Long Island. She may never have attained major league status, but she was always a reliably great act. Sad.

This week on Little Steven’s Underground Garage on SiriusXM, their coolest song of the week is Micky Dolenz’s “Circle Sky” off his album Dolenz Sings Nesmith. If you thought you knew the song, it’s a major raga-revamp in this new version. Sizzling for sure. Dolenz was interviewed for the show which will air it this Friday …

CBS’ Clarice officially ended it’s run last week with another terrific episode (“Family Is Freedom”) written by Jenny Lumet and Alex Kurtzman. Their whole run of 13 episodes were just fantastic. The show was to continue on CBS’ streaming-service, Paramount +, but ultimately got canceled when MGM was sold to Amazon. I’ve read numerous stories on why and still don’t fully understand it. Rebecca Breeds as Clarice was just excellent and Michael Cudlitz (so outstanding on Southland) as her boss Paul Krendler, was simply brilliant. The show was moved around a bit too much to get a real audience, but it was a major success to me. Even more sad as reports have surfaced that in the episode’s final moments, she went to visit her  mother … and, that just might have been Jodie Foster if there were another season. Sad for sure …

David Chase’ The Many Saints Of Newark – the Sopranos prequel, dropped the first trailer today. And … it’s pretty amazing; starting off with a voiceover from James Gandolfini. Michael Gandolfini, subbing for his father, is simply amazing. Same eyes; same stare … rather stunning. I must admit, I wondered if Chase could pull it off and it seems he has. Check it out here:

Happy BDay Larry Flick and Anthony Lopez … and, we’ll be back next week after the holiday!