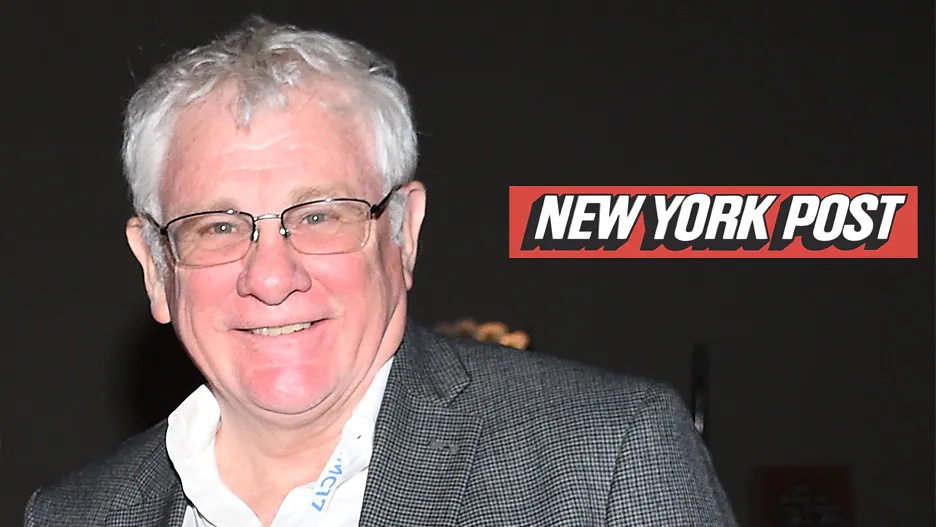 KEITH KELLY OUT? — One of the competing trades (The Wrap) last week posted a story that the New York Post’s estimable Keith Kelly was officially retiring. No official word from Kelly yet, but the story -below- painted Kelly as a much-feared ink-stained wrench, insisting that if you screwed him over once … that was it. I have, over the years, approached Kelly with several exclusives and he never once used any of them. Were they good ones? But of course.

Kelly was an old-war horse for sure (right up there with Crain’s James Brady), but his daily column featured nuggets of exclusives. IMO he was even harder than the late-great Neal Travis and Richard Johnson of Page Six.

Truth be told: if you had a legitimate business story, he was really the only person to go to.  If it’s true, then another great writer is leaving the scene. Here’s the original story: https://www.thewrap.com/ny-post-media-columnist-keith-kelly-to-retire-after-23-years-exclusive/ .

VILLAGE VOICE REDEUX — (via The New York Post/Keith Kelly) The Village Voice, which has been hard to find on newsstands since 2017, has hired the former CEO of Dan’s Papers with bold plans to start publishing a regular print edition by early next year, Media Ink has learned.

Steven McKenna starts as chief revenue officer of the iconic paper on July 6 — working first on a commemorative issue for 9/11.

“I think we will go monthly through December,” he said of the paper’s print plans. After that, he said, the goal is to return to print every other week.

The Village Voice was the nation’s first alternative newsweekly when it was founded in 1955, and it quickly gained a following for its colorful features and cutting critiques.

But its former owner, Peter Barbey — who was originally hailed as a savior — dropped print in 2017 and stopped publishing altogether the following year.

Brian Calle’s Street Media bought the paper in December 2020 with plans to first restart the website and then return to print.

One of the first goals, of course, is to help Street Media land an editor-in-chief. “I’ve sent a few names to Brian (Calle),” said McKenna, a longtime newspaper veteran.

But he likened his overall task at the Voice to the business diversification effort he pushed at Dan’s Papers when it was owned by Richard Burns’ Manhattan Media.

“When I got there, it had one event, when I left we were doing 14 major events that brought in $2 million a year,” he said of Dan’s.

At the Voice, he said, “We have to diversify with events, publications, digital and combo packages.”

“My job is to support the editorial mission by raising enough revenue to get it back to where it once was, and even better,” he said.

McKenna is the first staffer hired by Street Media in New York as the 66-year-old publication, which counts three Pulitzer Prizes along with a George Polk Award in its storied past, starts over from scratch.

He spent eight years running Dan’s and was there for the acquisition of The Independent from Ron Perelman. He was out several weeks after the merger was completed and before Schneps Media subsequently acquired Dan’s Independent Media last year.

Richard Burns, his former boss at Dan’s, said of McKenna, “He was behind some of the ground-breaking changes that transformed Dan’s from a one-horse local newsprint paper to the Hamptons’ leading multimedia business. He’s exactly what a lapsed brand like the Voice needs.”

Earlier in his career, McKenna spent 18 years at Newsday as the head of retail advertising, where he weathered the paper’s infamous circulation pumping scandal under Tribune Publishing.

Nine Newsday executives were sentenced to probation in 2008 for pumping Newsday’s circulation and its sister publication Hoy’s from 2000 to 2004. Newsday voluntarily refunded $96 million to advertisers and paid $15 million in federal fines. McKenna’s job was to try to keep the advertisers happy through the turmoil. “My group was handling about $180 million in business,” he said.

McKenna’s plans for the Voice were echoed by CEO Calle in an interview he did with the LA Times shortly after he bought the Voice in 2020. Calle said, “Besides its reputation for hard-hitting investigative journalism — which is going to be needed in the aftermath of COVID — people are going to want to go out, whether it’s to concerts or festivals or nightlife or food or art or the theater. The Voice is probably more important than ever.”

Calle told Media Ink he would not let the VV falter on his watch as it did after it passed through four ownership changes since 2005 as its once lucrative classified ads evaporated and it was forced to abandon sex advertising that had sustained it for a while under one controversial Phoenix-based ownership regime.

“I do not go in and make untenable promises and throw around tons of money to make a big splash upfront and later fizzle out or, worse yet, go out of business,” Calle said. “The Voice won’t be going away on my watch.”

And the search for an E-I-C continues even as it the Voice under a managing editor posts daily updates online. “I’ve had numerous conversations with terrific candidates but I purposefully take my time hiring,” Calle said. “When the right person comes along, I will excitedly announce it.”

He added, “I am pretty pleased with where we are six months into the Voice’s revival.”

My first question after reading this was … will Michael Musto return? Audacious and honest, Musto in the Voice’s declining ears, in a way became the voice of the paper. A brilliant writer … I sure hope so!

Happy Bday to Ringo Starr-here with the missus Barbara Bach … And, a missive from SiriusXM’s Larry Flick now in England: Thank you to my pal Paul Reynolds for the reminder that this is a sterling week in pop music history. It was 35 years ago yesterday that Wham! said “goodbye” to their fans with the career retrospective, the Final. And it was 25 years ago today that the Spice Girls released the game changing single “Wannabe.” Sigh. How did we all get so old? I sit here, sipping coffee, saying a quiet prayer for our beloved George Michael, and remembering the fateful day that the Spice Girls literally stormed my office unannounced at Billboard with that first single. Memorable, indeed …

Speaking of business. Yorkshire Publishing, out of Tulsa has undergone an ownership change. Out is the terrific Roger Chasteen and in his place comes Dr. Kent and Laura Denmark. Yorkshire has had an amazing number of successful projects and in October, will release The Freda Paynebiography, by Payne with Mark Bego. Chasteen said, “After 20 years in the publishing business, I am excited to see Kent Denmark poised to take it to the next level.” I have been to several media events organized by Chasteen (with pr-man David Salidor’s direction) and am excited to see it move to even more greatness. Chasteen was a pleasure to work with and I will miss him. Good luck Roger … Ringo Starr 81? Say it ain’t so. Here’s Ringo with his lovely wife Barbara Bach. Congrats … Great story on Michael Domino’s film Mott Haven: Cash For Keys, which was released this week – in Keith Girard’s New York Independent. Take a look: https://www.thenyindependent.com/film/237241/michael-domino-film-south-bronx-despair-redemption/ … And, Donnie Kehr released his “New York City Strong” this week. Check out the video: