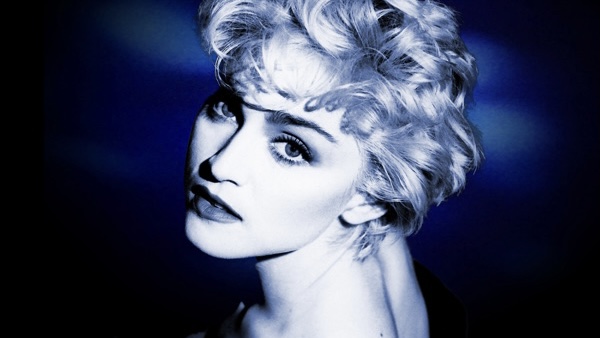 MADGE IS BACK — (Via Pitchfork) Madonna has announced a campaign to reissue several of her landmark albums in deluxe editions, the result of a new publishing deal with Warner Music Group. The series will partially commemorate the 40th anniversary of Madonna’s debut singles, 1982’s “Everybody” and “Burning Up.”

In a press release about the new partnership with Warner Music Group, Madonna said, “Since the very beginning, Warner Music Group has helped bring my music and vision to all my fans around the world with the utmost care and consideration. They have been amazing partners, and I am delighted to be embarking on this next chapter with them to celebrate my catalog from the last 40 years.”

In addition to the partnership—which will include her three latest albums, set to join WMG in 2025—the singer has a new documentary titled Madame X coming to Paramount+ in October. The project follows Madonna on her 2019 tour for the album of the same name. She’s also co-writing and co-directing her own biopic with Juno’s Diablo Cody.

The always-prescient Roger Friedman, in his Showbiz 411 column, added his own spin on things, by saying that, remarkably, Seymour Stein, Mark Kamins and Michael Rosenblatt, were completely left out of the Warner-release. I added those last two names as I was there and knew exactly what they did. Suffice to say, without their hard-work and faith …. Madonna would not have happened at all.

John Benitez, Freddy DeMann, Herb Ritts, and Bobby Shaw are totally ignored as well. And, how about celeb-biographer Mark Bego having the first book on her? What they all did would take volumes. And, how about Shep Pettibone who remixed “Vogue?” Revisionist history at its finest!

Friedman also said that her work will come out on Rhino, now part of Warner … so, she’ll be a Rhino-artist. Interesting for what’s missing!

THE CHOSEN VINCENT — (Via DIS-insider) Following the discontinuation of Netflix’s Marvel series Daredevil, it seemed unlikely that fans would see any of the characters introduced again anytime soon. Even as the rights reverted back to Disney over the past few years, the future seemed uncertain.

That is until last year, when details began pouring in about (the then untitled sequel now known as) Spider-Man: No Way Home. Since production started, several rumors and unconfirmed reports have surfaced on the web, including one about Charlie Cox reprising his role as Matt Murdock a.k.a Daredevil in the film.

According to a Reddit post from a moderator of the subreddit r/MarvelStudiosSpoilers, Vincent D’Onofrio will return too. More specifically, he’s expected to appear in the forthcoming Disney+ series Hawkeye. For those who don’t know (or don’t remember), D’Onofrio played Wilson Fisk a.k.a Kingpin in Netflix’s Daredevil alongside Cox.

Additionally, the moderator states that Cox’s Daredevil was supposed to appear as well, but dropped out due to scheduling conflicts. Daredevil and Kingpin’s appearances are speculated to be connected to another character allegedly set to make her debut in the show, Echo. In the comics, she’s heavily associated with both of them.

Because nothing has been officially unconfirmed, we highly encourage everyone to take this information with a grain of salt. Even if some of it is true, anything can change.

So far the only actor from Netflix’s Marvel series that has been cast in the MCU in a prominent role is Mahershala Ali. He previously played Cottonmouth on Luke Cage, but is slated to star in the upcoming revamp of Blade. Because of that, it’s unclear what the rules are of this Netflix to Marvel transition.

Should this rumor be true, will we see all of the heroes (and villains) from that corner reappear? With Loki cracking the Multiverse wide open, anything is possible. However, we’ll all just have to see.

Well, one of the bigger blind items I’ve yet seen, but the fact remains that Netflix’s Daredevil, with Charlie Cox and D’Onofrio, was terrific in every sense. From the actors, to the writing and direction … just superb. I mean, no wonder Marvel wanted the rights back. As a comic-kid from day one, Daredevil was always one of the best. A blind lawyer becoming a superhero and taking the law into his own hands?

D’Onofrio chewed the scenery as Wilson Fisk and deserves to return … as does Cox. D’Onofrio was astonishingly brilliant in Law & Order: Criminal Intent. Brilliant!

SHORT TAKES — This Bob Dylan harassment story that emerged late-Monday night has got to be a joke. I mean, from 1965, the charges claim Bob sexually abused a 12-year old girl …. now 68? Some sources raced to the history books and claim he wasn’t even in the U.S. then. Stay tuned … I heard “One Night In Bangkok” by Murray Head (from Chess) and have not been able to get it out of my head. Certainly, the oldie of the week: https://www.youtube.com/watch?v=rgc_LRjlbTU … Christopher Meloni will sport a beard on the new season of Law & Order: Organized Crime. What do you think? …

As you can probably imagine, I constantly get asked what to listen to; who do I listen to; whose going to be big. My simple answers are The Killers or Lana Del Rey. Rey as an artist just continually surprises me. The music, the lyrics … they just blow me away. Ever since her Born To Die, I’ve been a die-hard fan and her latest, “Chem Trails Over The Country Club” is astonishingly good. I know Rick Nowels who produced and wrote with her a lot of her early material, and he’s just a fantastic producer. His song, written with her,”Summertime Sadness” is just an amazing song. It’s a proper update of his “Heaven Is  A Place On Earth” that he wrote for Belinda Carlise.  Lana’s videos are almost as good; check out “Chem Trails” here: https://www.youtube.com/watch?v=vBHild0PiTE …

The Killers. What can you say. Just that they’ve been one of the most innovative and impressive bands around. Go back to their first album Hot Fuss (2004) and give it a great listen. I saw them on their first tour at Jones Beach and they did every single track off the album. Brandon Flowers has one of the most distinctive voices around. Amazing! HAPPY BDAY HARRISON FUNK!

G. H. HARDINGNovember 6, 2022
Read More
Scroll for more
Tap
This Is The Time: A Benefit Concert Featuring The Stars Of Tomorrow
Tips for learning guitar the best way