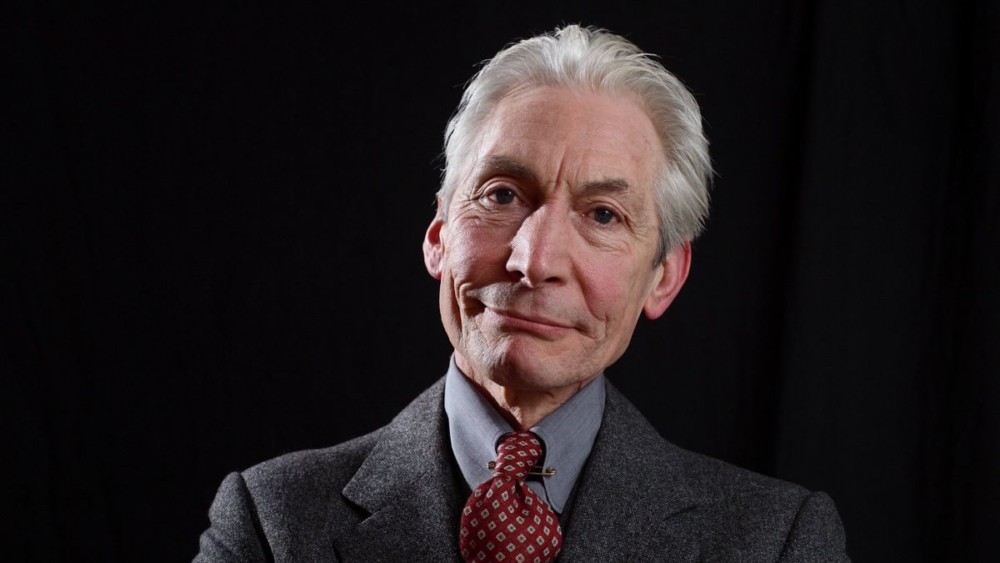 WATTS PASSSES — (via Rolling Stone) Charles Robert “Charlie” Watts, the Rolling Stones’ drummer and the band’s irreplaceable heartbeat, has died at age 80. No cause of death was given.

Watts’ publicist confirmed his death in a statement. “It is with immense sadness that we announce the death of our beloved Charlie Watts,” it read. “He passed away peacefully in a London hospital earlier [Tuesday] surrounded by his family.” The statement referred to Watts as “one of the greatest drummers of his generation” and closed by requesting that “the privacy of his family, band members, and close friends is respected at this difficult time.”

Watts’ death comes several weeks after it was announced that the drummer would not be able to perform on the Rolling Stones’ No Filter Tour of U.S. stadiums. “Charlie has had a procedure which was completely successful, but his doctors this week concluded that he now needs proper rest and recuperation,” a rep for the band said in a statement at the time. “With rehearsals starting in a couple of weeks, it’s very disappointing to say the least, but it’s also fair to say no one saw this coming.”

It was hard to imagine the Stones without Watts even then, though. His light touch, singular rhythmic sense, and impeccable feel, as heard on canonical rock songs such as “Paint It, Black,” “Gimme Shelter,” and “Brown Sugar,” made him both the engine that powered the Stones’ music and one of the most famous and respected drummers of all time.

As Keith Richards said in 1979: “Everybody thinks Mick and Keith are the Rolling Stones. If Charlie wasn’t doing what he’s doing on drums, that wouldn’t be true at all. You’d find out that Charlie Watts is the Stones.”

And yet, Watts was very different from the rest of the Stones. His dapper dress sense — Vanity Fair elected Watts to the International Best Dressed List Hall of Fame — was ultimately more in line with the jazz he loved and sometimes played than rock & roll. Watts also famously remained faithful to Shirley Shepherd, his wife since 1964, which set him somewhat apart from his excessive, hard-partying bandmates.

Unlike born road warriors such as Keith Richards, Watts often seemed uninterested in touring and gave the distinct impression the Stones was a job more than a calling or a lifestyle choice. His battle with drugs and alcohol in the mid-Eighties was, like many things about the man, largely private. “I’m big on letting people do what they want, which doesn’t make for good bandleaders,” he told Rolling Stone in 1991. “If I had led the Rolling Stones, they wouldn’t have gotten anywhere. We’d still be running around trying to find an amp, 30 years later.”

Steve Winwood said, “I met Charlie in 1965 when we toured with the Stones on a package theatre tour, I had the pleasure of playing with him on several occasions since then, and he was very supportive and a thoroughly nice man.

Besides that he was a brilliant drummer with his own special technique and definitely throughout the years was the defining groove of the Rolling Stones.”

Ry Cooder, who played guitar with Watts, Jagger, and Bill Wyman on their 1972 Jamming With Edward! album, told Rolling Stone, “Didn’t Mick once declare, ‘We back up Charlie,’ or words to that effect? Amen! I remember Charlie’s bag was loose, relaxed, swinging. He played his drums, he didn’t beat on them.”

The Kinks’ Ray Davis remembered, “I was in a pub in Soho where Musicians used to get gigs, Charlie Watts was at a table finishing up his drink and he said, ‘I have been asked to join The Rolling Stones,’ and I said, ‘Do it they’re a good band.’ Charlie was a classy guy, knew his Jazz, unmistakable style, good bloke and will be greatly missed.”

And acclaimed session drummer, Jim Keltner, said, “I can just only tell you that Charlie was as dear a friend as anyone could ever hope to have. We all are going to miss him terribly! Our great drumming community is gradually thinning out. That’s the way this is all designed. It still really hurts, though.”

On Twitter, Elton John praised Watts as “the ultimate drummer. The most stylish of men, and such brilliant company.” Brian Wilson wrote, “I’m just shocked to hear about Charlie Watts. I don’t know what to say, I feel terrible for Charlie’s family. Charlie was a great drummer and I loved the Stones music, they made great records.” Pearl Jam’s Mike McCready said, “The Rolling Stones have always been my favorite band, and Charlie was the engine of subtle and heavy grooves. I’ll put on ‘Sway’ which is my favorite song of all time. Any of us in a rock band wouldn’t be here if it hadn’t been for Charlie.” And Joan Jett called Watts “the most elegant and dignified drummer in rock and roll. He played exactly what was needed — no more — no less. He is one of a kind.”

SHORT TAKES — Are you a fan of Savannah and Hoda? Maybe yes, maybe no, but NBC’s Today Show has been in flux ever since they jettisoned Matt Lauer. Producers have come and gone and the only constant is the presence of Al Roker; whose paycheck must be somewhere in the clouds by now. In the last few weeks, as rumors flew about Carson Daly departing the show for more work at The Voice, they brought in Stephanie Rule -from Bloomberg- and, Tom Llamas, from ABC. Rule has reported on everything from cost-savings tidbits to some actual hard news about money. She’s competent for sure, but every time I’ve seen her in the past month, she’s sported a new hairstyle … and, sometimes hair color. Sure, they’re testing, but it’s quite a sight. Llamas is more news-focused; sort of a young Tom Brokaw or Brian (Lyin’) Williams. They’ll get it eventually, but it’s a tough road to hoe …

I told you that MSNBC’s Rachel Maddow wasn’t going anywhere. Revealed last weekend, was that Maddow would be staying at the station and maybe even downsizing her on-air show to perhaps two or three a week. As good as she is, listening to her trash Trump night-after-night was a bit much. I mean, we got the picture …

We’ve been catching up on Netflix’s Grace and Frankie with Jane Fonda and Lily Tomlin. Somehow, we got interrupted in their next-to last season. This year will be their last season and don’t forget they were Netflix’s first-real hit. Peter Gallagher and Michael McKean have joined the cast and both are terrific. The writing is at times a bit sloppy, but they and Sam Waterston and Martin Sheen are extraordinarily good. Especially Waterston …

Elton John walked into a restaurant in Nice, France last week and played for the assembled crowd his new single with Dua Lipa, “Cold Heart.” See, this sort of stuff went on all the time in the 70’s and 80’s. Most of today’s stars sadly can’t even sing without auto-tune, much less handle a crowd. Good for Elton! For more of his single, read this from Roger Friedman’s SHOWBIZ 411 column: https://www.showbiz411.com/2021/08/23/elton-john-samples-himself-and-gets-cold-heart-his-biggest-hit-in-21-years-with-dua-lipa … And, more action out of NARAS in LA. Harvey Mason, Jr., temporarily made himself president as they formally induct a search … and, reportedly, two of his emissaries walked out and said see you later! As far as I’m concerned, my first-and-only choice of record producer Joel Diamond still holds.