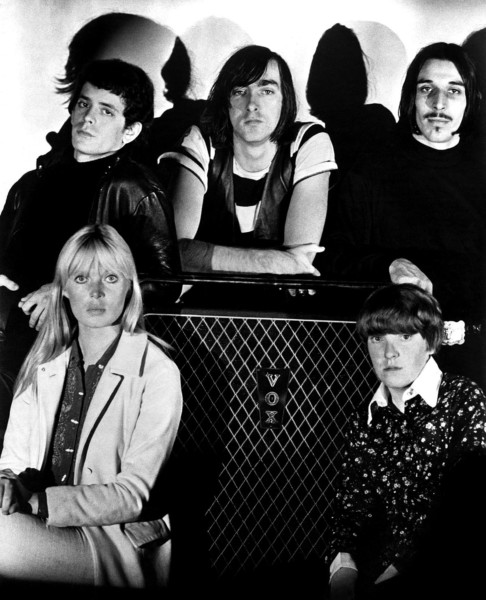 VELVET GOLDMINE — (Via Deadline) Apple TV+ has released the trailer for Todd Haynes documentary The Velvet Underground, the director’s debut doc that premiered at this year’s Cannes Film Festival. The pic will be in theaters on streaming on the service on October 15.

A deep dive into the seminal 1960’s avant-garde rock band, the doc dissects just what made the New York foursome one of the most influential band of all time, using interviews, never-before-seen performances and experimental art to tell a story about how Andy Warhol’s house band — Lou Reed, John Cale, Sterling Morrison and Maureen Tucker — became a cultural lighthouse fusing art, music and film.

Haynes told Deadline at Cannes that what drew him to the subject matter was how New York was an artistic hub that helped spawn the band.

“I wish it could happen again,” Haynes said. “But I think it’s a product of a very unique and specific decade that has been well-described for that kind of creative vitality, spanning all genres of music and all kinds of recording artists during the 1960’s. But it also was further intensified by the locale and this geographic concentration of New York itself. And that’s the part that I find hard to find a parallel to today, in a very dispersed Internet, digital culture that doesn’t concentrate people and places in the same physical way that happened so distinctly in the 1960’s.”

The pic will be supplemented by The Velvet Underground: A Documentary Film By Todd Haynes – Music From The Motion Picture Soundtrack, a two-CD and digital soundtrack that features both classic and rare Velvet Underground tracks. It will hit the street the same day the film is released via Republic Records/UMe.

The Velvet Underground were just a tad too early for me, but when I visited the Andy Warhol Museum in Pittsburgh years ago, there was such a wealth of material about them, I immediately dived right in and became a devotee.

Their music was transcendent and I got right into them and what Warhol created with them was amazing and seminal. I’m a Lou Reed-fan too and treasure his work. His Berlin was sublime.  Can’t wait to see this. Haynes is an exceptional movie maker.

It debuts on Apple TV October 15.

SHORT TAKES – After a pretty stellar media campaign for Debbie Gibson’s first album (The Body Remembers) in 20 years, courtesy of Marilyn Laverty’s Shore Fire Media and her first series of shows in Vegas with Joey McIntyre, we’re still waiting for a copy of it. We reached out to Shore Fire and we’re still waiting to hear back. We’d love to have heard it before it’s release on 8/20, but thing work differently than they used to … and, btw: Happy Bday to Ms. Gibson (on 8-31) … We mentioned a few columns back that Freda (“Band of Gold”) Payne would be in Pennsylvania, doing her salute to Ella Fitzgerald. Early reports were that the show (which opened on the 26th) was a smash. Her forthcoming biography, written with Mark Bego, is out on October 19 via Yorkshire Publishing …

Cindy Adams at 91 is a national treasure here in Manhattan and we loved her rather posh apartment. I actually seem to have to start my day by reading her column in the Post like so many others. It was also nice to see and hear Flo Anthony …

Is former concert promoter (and, manager) Vito Bruno responsible for the new Times Square Ferris Wheel? Seems so. Bruno said it has been six years in the making. I haven’t been to the area since the pandemic started, but will for sure now …

The fellow who was on Nirvana’s landmark album Nevermind  in 1991, Spencer Elden, is now suing because of emotional stress. I saw Elden’s lawyer on Chris Cuomo last week and he raked her over the coals. Cuomo, a lawyer himself, made some very salient points, but essentially said she/he didn’t have a case. Elden apparently has a large tattoo of the album’s cover across his chest and has actively promoted both the album and his participation, so it’ll be a hail mary case to try for sure. Personally, I think the guy’s off his rocker and this lawyer just made a case for some serious cabbage. Trust me, this won’t even go to trial and he will live to regret it … Sean Penn. Has there ever been a more mysterious and misunderstood figure? I met him once during the Madonna-days and he was a firecracker. He’s made some great movies like The Crossing Guard, Mystic River and Milk and his new one Flag Day. I haven’t’ seen it yet and I hear it’s questionable, but he’s always been an intriguing figure. Check out this recent profile on him https://www.chron.com/entertainment/article/Sean-Penn-still-has-more-to-say-16397768.php#photo-21370461… I was at an event this past weekend and heard what I do think is a million-dollar idea. Here it is for free: How about Billy Joel updating his “We Didn’t Start the Fire?” Perfect, right. Call his agent Dennis Arfa! … As I walked out of my apartment today, I walked smack dab into the ongoing filming of HBO’s Sex In The City movie, titled Just Like That! Never watched the show, but am impressed that it made HBO decide to make a movie! Talk about staying power! … And, Mike Richards, to no one’s surprise, is out as Executive Producer for Jeopardy and Wheel of Fortune. Big surprise, right?