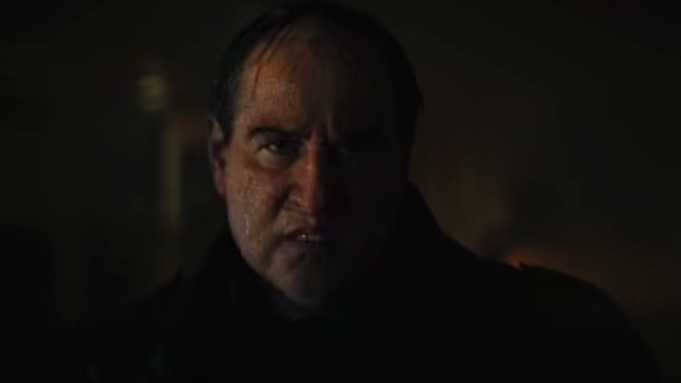 BATMAN’s PENGUIN — (Via Deadline) The DC Universe is growing on HBO Max.

The streamer already has a slew of DC-related projects in the works, some with series orders and others in development including a spinoff of The Batman, and a J.J. Abrams-exec produced takes on Madame X and Constantine.

It is now also working up a series involving classic Batman foe Penguin.

Deadline understands that the project is in the early stages of development and is being exec produced by The Batman duo Dylan Clark and Matt Reeves. It comes from Reeves’ 6th and Idaho, Dylan Clark Productions, DC Entertainment and Warner Bros. Television.

It’s described as a “Scarface-like” series about the rise of the Penguin character.

The Penguin, otherwise known as Oswald Chesterfield Cobblepot, is a dapper mob boss and one of Batman’s primary villains. The character has been played by Danny DeVito in Batman Returns and Robin Lord Taylor in Gotham.

Colin Farrell is set to play him in The Batman, where the disfigured crime lord is not yet the crime kingpin and dislikes being referred to as the Penguin. In the movie, which is due out in March 2022 and is set in Batman’s second year of crime fighting, Farrell reportedly wears a fat suit and is described as unrecognizable. Farrell is expected to star in the series.

The Penguin development project joins the Joe Barton-showrun series, which is also set in Gotham. HBO Max gave that project a series commitment to the project last summer. It is designed to build upon the film’s examination of the anatomy of corruption in Gotham City, launching a new Batman universe across multiple platforms. Focused on the Gotham Police Department, the series will extend the world established in the movie and further explore the myriad complex characters of Gotham.

Reeves said last summer that this series is a prequel to his Batman Year Two movie, with the show set in Batman Year One when a “masked vigilante … starts to unsettle the city.” The series will zero in on the city’s corruption that “goes back many years” and is told from the POV of a crooked cop.

The Penguin wouldn’t be the first villain I’d do a series with … that would be the Joker. That said, he is an interesting character. I loved Robin Lord Taylor’s take in Gotham, so we’ll give it a go.

SHORT TAKES — That fabulous photo of Micky Dolenz that accompanies his Dolenz Sings Nesmith, is by photographer Paul Undersinger …

Steve Walter’s Cutting Room will do a repeat of the music from Hair on November 7. The first run several weeks back was utterly brilliant. Don’t miss it. We also hear the club will be hosting a launch-event for the new Mark Bego book, written with Freda Payne, called Band of Gold …

We’re also hearing about a new book on Nilsson, Harry & Me. Harry’s one of our major faves. Having his music in Russian Dolls and Spaceforce; Nilsson has re-emerged as a major musical influence. More on this next time … Read Roger Friedman’s take on the weekend’s MTV Awards in his Showbiz 411.

I saw Madonna’s rather provocative entrance and felt a bit bad for her. No doubt, she was one of the station’s mainstays when it debuted; but, not now. Sad. Here you go: https://www.showbiz411.com/2021/09/14/mtvs-video-music-awards-scored-less-than-a-million-viewers-on-mtv-and-not-much-more-anywhere-else … SIGHTING: PR-pasha David Salidor celebrating at Mark’s Off Madison Monday night …

And, Saturday Night Live veteran Norm Macdonald has died following a private battle with cancer. He was 61. Macdonald was reportedly battling an undisclosed cancer for almost a decade, which he chose not to disclose to friends, family or fans. “He was most proud of his comedy,” Macdonald’s longtime producing partner and friend Lori Jo Hoekstra told Deadline.“He never wanted the diagnosis to affect the way the audience or any of his loved ones saw him. Norm was a pure comic. He once wrote that ‘a joke should catch someone by surprise, it should never pander.’ He certainly never pandered. Norm will be missed terribly.” Macdonald was an SNL fixture from 1993 to 1998, and served as sole anchor of Weekend Update for three seasons. As for his sketch work, he’s perhaps best remembered for playing Burt Reynolds, foe of Will Ferrell’s Alex Trebek, on Celebrity Jeopardy.