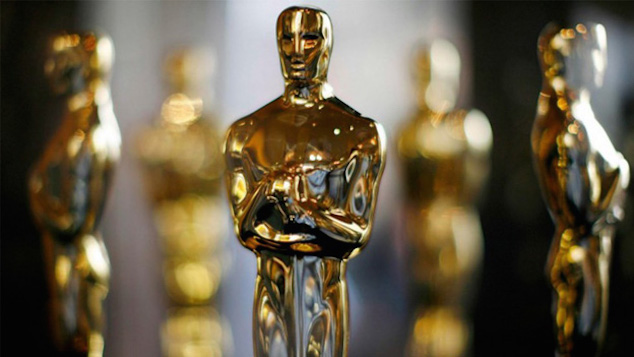 OSCAR BLUES — It would have been really neat if the Oscars would have nominated Eddie Murphy’s Dolemite Is My Name and Jennifer Lopez for her Hustlers.

Murphy’s movie is without a doubt the comeback of the year; it’s an inspired script, filled with just great acting. Truth be told, Wesley Snipes’ role in the movie is just sensational; he almost steals in from Murphy.

Lopez’s Hustlers was a pretty good flick, but not an Oscar-worthy one I guess. Too bad, because with director Lorene Scafaria it just rolled perfectly. People talk about Adam Sandler’s performance in Uncut Gems, but, Lopez’s performance was wondrous.

Other than that; most of the nominations were pretty similar to the Golden Globes and last weekend’s Critic’s Choice Awards. Brad Pitt should, and, I feel, will win the Best Supporting Actor Oscar. Again, his is just a perfect performance.

Joaquim Phoenix’s performance in Joker was astonishing. I watch the weekend’s 60 Minutes interview with him (and, Anderson Cooper) and it was great to see him talk about his process. He will win again as Best Actor.

And, for Director … it’s got to be Tarantino. We’ll celebrate and Musso and Frank’s!

IT WAS A VINYL GOOD YEAR — (Via Forgotten Hits)It was announced last week that nearly 27% of all PHYSICAL music sold last year was on vinyl … a remarkable comeback for a medium declared dead a few decades back.  (We’re talking physical product here, not downloads or streaming or YouTube views or any of the other ways folks listen to music these days … these are albums that people bought … and CHOSE to buy … released on vinyl, just like in the good old days.)

Re-released on its 50th Anniversary, Abbey Road (arguably The Beatles’ best album) outpaced all other music available to take home top honors in this area.

Based on this latest piece of evidence, I’d have to say that the answer to THAT question is a resounding “Yes!”

SHORT TAKES —Book Trib gave Mark Bego’s Rocket Man (Pegasus) book a pretty sensational review. Take a look: https://booktrib.com/2020/01/rocket-man-satisfies-both-rabid-and-casual-elton-fans/?fbclid=IwAR22GqkYM4NkAnQzfJ3hoxLckRVt_O1nw6usNkp0wr-3dklD9AdFiOARx5Q … By the way, Bego caught the Temptations last weekend and said it was a phenomenal show … Patti Smith (and, yes, I am a long-time fan) performed Neil Young’s “After The Goldrush” on The Tonight Show with Jimmy Fallon. Take a look:

… Bill Gubbins and Ahmet Zappa’s book The Hot Rats Book came out on December 30 … so, it was mostly missed by the media elite, but, that said, it’s a perfect compendium to Zappa and those essential Hot Rats-sessions. We gleaned a bit from the book and it was amazing; we are awaiting a copy. Terrifically impressive – written with Ahmet Zappa, Frank’s son. Here’s the Amazon link: https://www.amazon.com/Hot-Rats-Book-Fifty-Year-Retrospective/dp/1493047752/ref=sr_1_1?keywords=The+Hot+Rats+book&qid=1578953126&s=books&sr=1-1 …

A week from Friday is Wendy Stuart Kaplan’s BDay event at Bedlam, will feature a host of performers including D.C. LaRue. Here’s a look at the lovely invitation …

Micky Dolenz was a hit at the weekend’s Sketchfest in San Francisco. He read from the biographies of Justin Bieber; Michael Bubble; and, Nick Jonas. He’s seen here with his wife Donna and Eugene Pack, of Sketchfeat . And, take a look at the review from San Francisco’;s RFF magazine: https://riffmagazine.com/festivals/sf-sketchfest-the-monkees-20200112/?fbclid=IwAR2fS-hi4tFWRkWGnt7jptz7cSIcvhzHwSKzVGUvX0Xdl8mAm0aclUJCpNQ … Happy BDay DJ Glenn Friscia …

Robert Miller and his Project Grand Slam were at The Hilton over the weekend at the APAP Show. Their pr-man David Salidor saw fellow Times Square Chronicles-writer Magda Katz and brought her into to see their performance. Later that night they rocked The Groove in lower-Manhattan. Seen there were Reporter On The Road’s Mark Scheerer and SONY/The Orchard’s Adam Pollack …  And, Light Of Day’s NY-event at Steve Walter’s Cutting Room tomorrow.