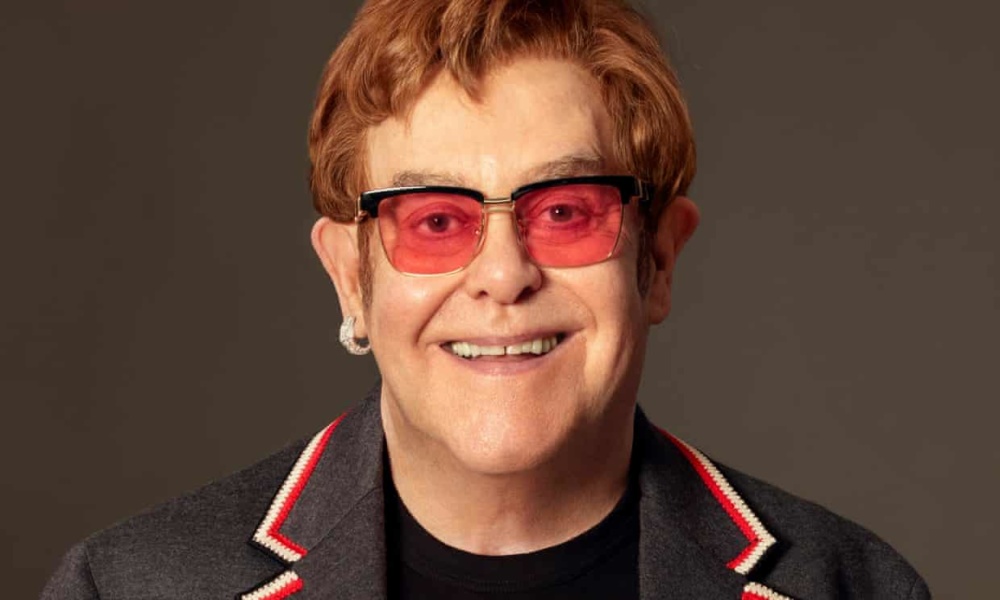 ELTON MY ELTON — We’ve been listening to EJ’s latest collection, The Lockdown Sessions, and not only have we grown to love it, but it’s just been added to our burgeoning Best Of list for music in this somewhat hackneyed year.

First though some guide notes: This album is unlike any previous EJ album (35 in total), in that there are no John/Taupin songs, save for a snippet of their great song “Sacrifice,” from EJ’s Sleeping With The Past album in 1989.

Next: Of the 16 collaborations in the album that was released on October 22, nine of them had previously been released either as singles from the album or in the albums of the collaborating artists. Among these are three singles that were released ahead of the album launch: “Cold Heart” with Dua Lipa’ “After All” with Charlie Puth, and “Finish Line” with Stevie Wonder.

Elton in the liner notes – wherein he also does a whole bit about Bernie, saying that he does have Bernie’s next batch of songs and their next album together, should be superb- he also states that recording this album, in many cases, he was simply a sideman, which harks back to his early days of playing on records from The Supremes, The Hollies and Tom Jones. Having the spotlight lessened to some degree was a plus as Elton sounds relaxed like he hasn’t in years.

Other pundits have suggested that Elton basically curated this album – with performers from Puth to Rina Sawayana and Brandi Carlile. In rather extensive notes for each song, he speaks about the newer performers that he had discovered along the way and their contributions to their tracks together. Don;t forget his radio shows on Apple and his Rocket-show. Face it, Reg was always a mensch about new music and he’s just showing off his prowess. Quick story: Years ago, there was a Tower Records at 66th and Broadway in NYC and an artist I was working with was doing a presentation with EJ. After that presentation, the store was closed for an hour so Elton could shop in private.

In the SG Lewis/John collaboration, “Orbit,” he says that he went into the session with a song and the resulting one is even better. In fact, an album highlight for sure.

It’s a totally fascinating record, from start to finish. We absolutely loved “Chosen Family” with Sawayana, which originally appeared on her debut album. Together, its an almost perfect record. The Brandi Carlile song, “Simple Things” is perfect too.

There’s a track of Metallica’s “Nothing Else Matters” with Miley Cyrus singing that is simply brilliant. Elton’s not singing, but playing piano. Again, a great collaboration for sure.

It’s nice to see the emperor in street clothes again. A winning album from start to finish.

SWEET STEVE TYRELL — I’d heard about Steve Tyrell for years. A music supervisor for films like Steve Martin’s Father of the Bride and master of the great American Songbook, but never seen him. WOR’s Tom Cuddy invited me to go see him last week at Sony Hall in midtown NYC.

We walked into a mostly SRO house. He came on right at 8:00 PM and just dazzled the crowd.

With a crack four-piece band, he performed some simply terrific songs from that great songbook; as well as some songs from Ray Charles-a big Tyrell-favorite.

Turns out, Texas-born Tyrell had worked for the much-missed Scepter Records here in NYC and recruited for the label a young singer named BJ Thomas. He performed Thomas’ worldwide hit “Raindrops Keep Fallin’ On My Head” as well as his “Rock and Roll Lullaby” which was a massive hit in 1972. He also revealed it was Duane Eddy on electric guitar on the song.

Tyrell said that Warners had just released a new recording from him, Shades Of Ray. I’m going to check it out. Totally enjoyable show. Thanks Tom and Peter Abraham.

SHORT TAKES — Freda Payne and co-author Mark Bego at Oscar’s this Friday in Palm Springs; Bego will interview Ms. Payne and talk about some stories in Payne’s memoir Band Of Gold -A Memoir, which continues to sizzle on the charts. Also the night before the pair will do a virtual discussion with Book Soup in LA ….

When the record business was in its heyday, there was a publication called Friday Morning Quarterback, which ruled the radio world with an iron fist. When I finally got to visit them in Cherry Hills, New Jersey, they were located in  a very nondescript office building, but as we walked to the entrance, there was a very, very large man guarding the metal-door entrance. Once inside, we were introduced to its publisher Kal Rudman. Rudman ruled the roost for decades; even becoming a favorite of talk-show host Merv Griffin (who tagged him The Man With the Golden Ears) and regularly appearing on his TV show. Despite all the pomp and circumstance, FMQB (as it was always referred to) was just another music trade paper; one of a dozen or so. Personally, I always adored Impact (Joe Loris) much more. I always felt that something was awry up there. Rudman, in declining health, passed last week and his reputation continues to be a source of discussion, Was FMQB really that powerful? I think the final chapter is yet to be written … Have you heard that Brain Wilson and Chicago will be touring next summer? Great idea … love both these performers …