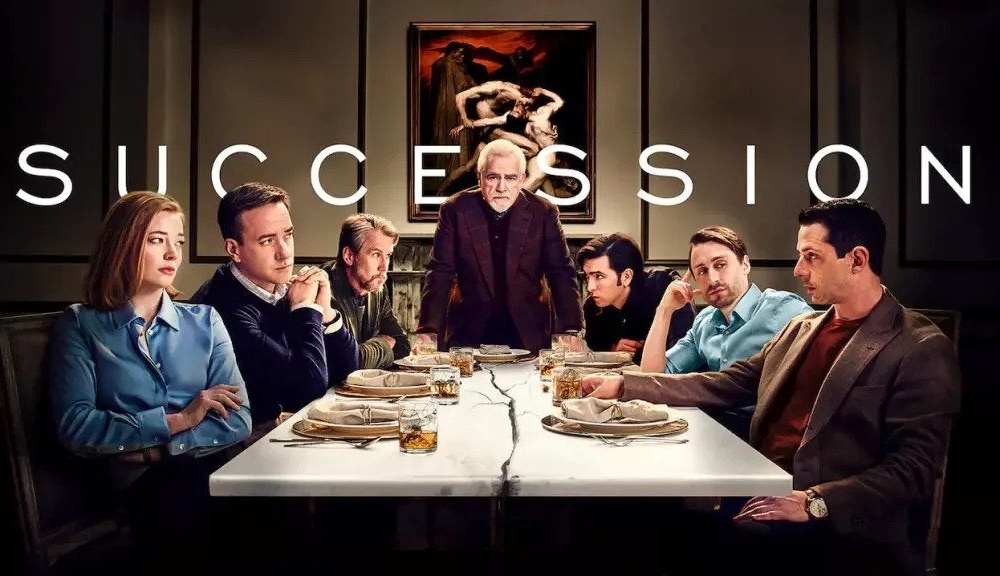 SUCCESSION ASCENSION? — HBO’s completely riveting Succession ends its third season run this weekend. It’s been a tough season as the finale for Season 2 had son Kendall threatening to bring Dad Logan down. This season started out as formidable as ever, but drifted to such odd locations as the Hamptons; Tuscany and Sarajevo. Beautiful locations for sure … but, it definitely jumbled the story-line.

The last few episodes have been as dis-jointed as ever and even a birthday party for Kendall turned out badly. It was, to quote Vulture, the saddest birthday ever. Heck, the DOJ which appeared as Logan’s biggest adversary going into the season even went away without so much as a whimper. Sunday’s episode had Kendall basically asking to leave the company lock, stock and barrel and Logan, after deliciously teasing him, said no.

I think the problem with this season is that creator Jess Armstrong added so many new creative people that the story-line  just got lost. I mean, even the brilliant theme song, by Nicholas Britell, is extended to include all these people. Speaking of that terrific theme song, take a read of this article: https://www.firstpost.com/entertainment/what-makes-the-succession-theme-worth-ignoring-the-skip-intro-button-every-time-10191181.html

As noted: this show is about rich people behaving badly … very badly, but it’s just compelling TV. Terrifically well written and acted, by the likes of Brian Cox and Kiernan Culkin (really!). I think HBO will issue an edict to Armstrong to get back to where he once belonged. Mark my words!

JOHN MILES PASSES — (via NME) Musician John Miles has died at the age of 72, it has been confirmed.

The musician’s family confirmed his death in an official statement posted on Facebook Monday (December 6).

“We are devastated to have to announce that ‘Mr Music’ John Miles sadly passed away peacefully after a very short illness,” the message began.

“He was a loving Husband, Father and Grandfather and we will all miss him more than any words could ever express. We kindly ask you to respect our privacy at this extremely difficult time.”

It continued: “He will live on forever in our hearts and with the wonderful musical legacy he has left behind. You were our first love and will be our last. Our Husband, Father, Grandfather and hero. We Love you.”

The statement references the opening lyrics from “Music”: “Music was my first love/ And it will be my last/ Music of the future/ And music of the past.”

It’s said that the late singer wrote the track in just half an hour while in between shows in Leeds.

Miles received an outstanding contribution prize at the Progressive Rock awards 2017. “I think I made a contribution but that was way back in the 70s,” he said in his acceptance speech.

“I suppose it has endured though. And the song Music has endured as well, and that was the biggest hit worldwide. I’m a man of few words and there are eight lines of lyrics in that song. I get to work with orchestras these days too, which is fantastic.”

Miles also performed in the band The Influence, which featured drummer Paul Thompson (of Roxy Music) and guitarist Vic Malcolm. Following their split, he relocated to London and signed a deal with Decca Records.

In 1975, the late musician received his first top 20 single with Highfly. Follow-up track Music landed in the top five, with Miles going on to support Elton John off the back of its success.

John Miles was married to his wife, Eileen, for almost 50 years. They had two children and two grandchildren together.

We spoke to PR-pasha David Salidor who worked with Miles back in the “Slowdown” days: “I was at London Records when the Stranger In The City album came out and had the track ‘Slowdown.’ It was the early days of dance music and the track, remixed, was a dance classic. John was a rock ‘n roller for sure, but ‘Showdown’ became a huge worldwide hit.I always think it amused him, but the success was huge. He was a great guy, soft-spoken, but terrifically talented. Going on to work with Tina Turner and her band was terrific for him. A soft-soul, but amazingly talented.”

SHORT TAKES — Curious Chris Cuomo: I never watched him before he had on the lawyer for the kid, now grown, who appeared on the cover of Nirvana’s landmark album Nevermind. He was suing for more money – no question. Cuomo, totally respectful, literally raked the lawyer over the coals and predicted we’d never hear from her and him again. And, you know what? He was right. Hey, I’d help my brother too … but apparently a thorough investigation by CNN’s Jeff Zucker, revealed a lot more. Sad. I loved him in that segment. How about Brian Williams as a replacement? …

Carol Ruth Weber did a masterful job writing about This Day In Music’s Finding Fretless; The story of George Harrison’s Mad Guitar for Arts Management Magazine. Check it out here: https://www.artsmanagementmagazine.com/article/finding-fretless-reveals-george-harrison-mad-guitar-story/?fbclid=IwAR0tt658-Wmlgr9TOvT9ZB5u1EN4_KdbzpTJi0mX7JnwRBd3VvEdl7jtIhg …

Neil Watson and David Roberts who put together the outstanding Harry & Me! compendium were interviewed yesterday by Trevor Joe Lennon on his Guerrilla Radio show. Check it out here: http://trevorjoelennon.com/ … Happy Bday Anthony Noto and KC Baker!