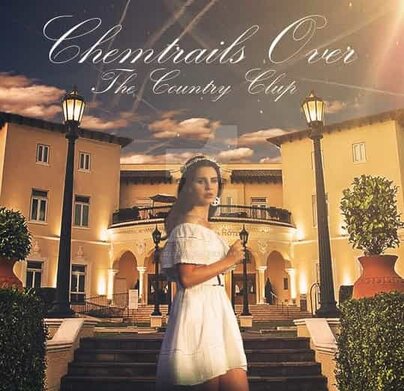 A BOWIE CELEBRATION — Def Leppard and lead singer Joe Elliott, Duran Duran’s Simon LeBon and John Taylor, Living Colour, Rob Thomas, Gary Oldman, Walk The Moon, Jake Wesley Rogers along with a special appearance by Ricky Gervais are among the artists joining the second annual A Bowie Celebration. The event, put on by Mike Garson and Rolling Stone Studios, is set for January 8th, 2022, what would have been Bowie’s 75th birthday.

Also celebrated will be the 35th anniversary of Labyrinth, the classic fantasy film and Jim Henson/David Bowie collaboration, with a special performance from actress Evan Rachel Wood, and an appearance by Brian Henson. The show will be dedicated to frequent Bowie photographer Mick Rock (who just passed) and will include never-before-seen interview footage.

A portion of the ticket sales will go to the Save The Children organization, a charity important to Bowie. The event, like last year’s inaugural live stream, will be available for 24 hours.

SHORT TAKES — Can next week really be the 35th Anniversary of Debbie Gibson’s “Only In My Dreams?” Astounding!  …RIP Ralph Tavares; David Lasley and Robbie Shakespeare … Adele will reportedly make 2 million per show for her forthcoming weekend Vegas-residency at Caesar’s ,,, Great story, from The Beacon Journal, on Chris Butler on his Waitresses ensemble and their terrific hit “Christmas Wrapping” from 1981 – https://www.beaconjournal.com/story/lifestyle/2021/12/05/christmas-wrapping-the-waitresses-chris-butler-song-1981/8769307002/?fbclid=IwAR01n5_IvWYE1KoboIXHVQZ58IKOoiV_HtSf9y9zC…

There’s been so much media on The Beatles’ Get Back/Disney opus I’m a bit overwhelmed. There’s also a bio afoot on their roadie/confident Mal Evans and one on Billy Preston. From the U.K.’s Guardian comes a terrific article titled TheWorld Owes Yoko An Apology – beautifully written, check it out: https://www.theguardian.com/music/2021/dec/02/the-beatles-get-back-peter-jackson-documentary … and, here’s yet another article on the supporting characters in the film: https://slate.com/culture/2021/12/get-back-beatles-billy-preston-glyn-johns.html …

Watched the finale of CBS‘ re-booted CSI, entitled Signed Sealed Delivered and thought it was great, although it seemed to have wrapped up a bit too quickly. The new cast is growing on me, but Billy Petersen and Jorja Fox made it all work. It even ended with a tease for perhaps another season. They wisely began each opening with the terrific Who song “Who Are You” and for this finale, even had the group’s “The Seeker” which was just marvelous … Classic Rock WWZY/WBHX (107.1 THE BOSS)/ Monmouth, Ocean City, New Jersey,  has announced the addition of radio’s Ross Brittain, who signs on for weekends and fill-ins … After some tech-glitches, Thursday’s Book Soup discussion with Freda Payne and Mark Bego went off without a hitch. Payne talked about her career, referencing both Tom Jones and Frank Sinatra. Great stuff. For a joyous read, check out her new book Band Of Gold-A Memoir -written with Bego- via Yorkshire Publishing:https://www.amazon.com/Band-Gold-Mark-Bego/dp/1954095813/ref=sr_1_1?keywords=band+of+gold+freda+payne&qid=1639141089&s=books&sr=1-1  …

MSNBC’s Brian Williams signed off Thursday night after 28 years as an NBC employee. I’ve got to admit, personal feelings aside, his commentary is exactly what I’m feeling these days. On-point and stupendous. As I said last time, maybe he should be Chris Cuomo’s replacement; enough Anderson Cooper already. Watch it hear:

I was almost going to include a paragraph called Failure To Launch, but decided against it at the last minute. But I have to posit that the movie of Dear Evan Hansen, essentially came and went. An unbridled disaster for sure. Ben Platt, who I do not know, was the unwilling victim of just too much exposure. Over-exposure for certain. Having done some PR in the day, it’s definitely a slippery-slope; when to pressure and when to not. It was a great play; I originally saw it with Platt and he was exemplary.

The only other example I can think of like this is the 1978 movie of Sgt. Pepper Lonely Hearts Club Band with Peter Frampton and Barry Gibb. A disaster that is still spoken about to this day … HAPPY BDAY Jim Kerr!