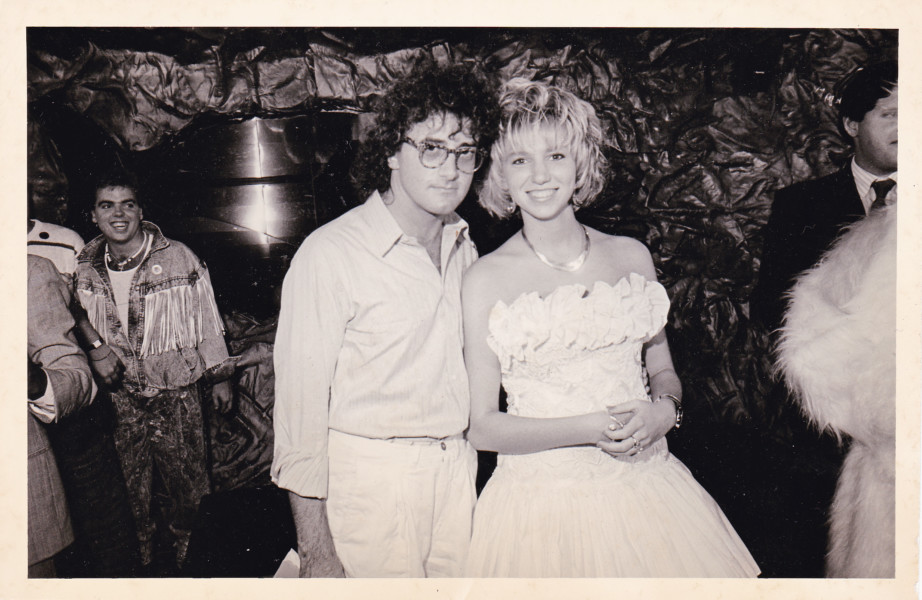 ONLY IN MY DREAMS AT 35 — Could it really be 35 years since Debbie Gibson’s “Only In My Dreams” ruled the radio roost? Yes, it is and last week, Gibson hosted a Cameo-video event celebrating that fact. From her home base in Las Vegas, she welcomed a host of fans as well as Fred Zarr, who produced the song. Zarr, long removed from the music business was a welcomed presence. He said that originally, he was going to work with two other producers (the legendary M&M team), but when they became unavailable, he got the spot. He said he listened to all her demos and “Dreams” certainly stood out.

Gibson had the original demo and played it and it was surprisingly close to Zarr’s finished product. All things considered, Zarr’s work would mark a decisive moment in pop music, when other artists like Shannon, Tiffany, and Alicia would rule the charts – way before Britney, Taylor and Kelly. The difference with Gibson was the fact that she wrote it. She stills hold the record for the youngest artists ever to have written, performed and produced a #1 record.

Guitarist Ira Siegal who was on her first album Out Of The Blue, as well as her current album, The Body Remembers, also appeared as did one of her original dancers Buddy Casimano.

I well recall Gibson’s very first gig at the Limelight in NYC eons ago. After her performance, there was never any doubt that she would become a major, major presence in the music scene.

Her original PR-man David Salidor was also on hand and submitted this remembrance, “I had heard ‘Dreams’ as a demo in 1985 and was struck by its originality and brilliance. I knew it would be a massive hit. When it came out the following year -and, released twice, though that’s another story- its power was enormous. It established her as a major new artist in the business.”

Great time; great memories. Salidor submitted the attached photo of him and Gibson at the long-gone, much-missed club 4D. The late Chuck Pulin-snapped this. Thanks to Heather Moore for arranging this for us.

ZOOMIN WITH RINGO — (Via Rock Cellar) The life, career and legacy of Ringo Starr will be documented in great detail in a new coffee table book being made available exclusively via Julien’s Auctions, it was revealed this week.

Titled Lifted – Fab Images and Memories In My Life with the Beatles From Across The Universe, this expansive collection of images, tales and anecdotes from the man born Richard Starkey will begin shipping on Valentine’s Day and is up for pre-order now at Julien’s for $59. There is also a special limited-edition hardcover version of the book personally signed by Ringo and selling for $495 while supplies last.

The proceeds of the book will benefit The Lotus Foundation, whose mission funds supports, participates in and promotes charitable projects aimed at advancing social welfare in diverse areas including, but not limited to substance abuse, cerebral palsy, brain tumors, cancer, battered women and their children, homelessness, and animals in need.

“I am not writing this book as a Beatle historian,” Starr explains with a laugh. “I’m writing this book as a Beatle — and there’s only a couple of us who can do that.” Asked about the origins of this new project, Starr explains, “I didn’t keep all these photos. These fantastic images came back to me in recent years from here, there and everywhere — online and off — and have somehow helped me get back to seeing my life with The Fab Four through fresh eyes. A lot of the photos in this book I spotted on my phone and on my computer and “lifted” them because they brought back so many fabulous memories. In recent years, I’d gather these Beatles photos that I sometimes barely remembered. After a while, I thought, how great it would be to “lift” these fantastic photos and some of my other favorites for charity and tell my true tales that they inspire about what the four of us — John, Paul, George and Ringo — went through back in the day. And the best thing is that it’s all for a good cause because the money is going to our Lotus Foundation.

According to Starr, “When people ask me about the Beatles, I often tell them, `You better ask Paul,’ because somehow he seems to remember everything. But along with great projects like Get Back, seeing so many of these amazing Beatles images has really brought back those days to me and all the love and friendship that we four shared back then. So this a book full of Beatle images that many people haven’t seen and stories that I’m sharing with a little help from my longtime writer friend David Wild. We’ve all been through a pretty tough time for a lot of people who’ve been locked down, and this book has really lifted my spirits and took me back to where I once belonged in a whole new way. And in the end, that’s why this new book is called Lifted. The Beatles changed my life forever. So it’s about getting back and giving back.”

Ringo Starr’s LIFTED — Images and Memories In My Life with the Beatles From Across The Universe – is a beautifully designed hard cover with jacket, many rarely seen images overlaid with captions and quotes by Ringo Starr with help from best-selling author and award-winning TV writer-producer David Wild. In the Forward, Ringo will explain the origin and motivation for the exciting new book. Proceeds from LIFTED, including a Limited-Edition Signed Book, signed by Ringo Starr, Will Benefit The Lotus Foundation and will be Sold Exclusively Online at Julien’s Auction.

I’ve got to give Ringo and his team credit, as there’s always one more new product to promote from him. I well remember his Postcards book from years back, which from what I understand was simply postcards from the other Beatles and friends to him. I never saw the book and remember it was ridiculously priced. At least this one, at $59.00 is a lot more realistic.

My first thought when I read the release, which quickly claimed that the photos are not his – was whether the actual photographers would even get credit, or even paid. For the record, they should!

Ringo’s last album, or EP, registered nary a blink on the charts (even with a Diane Warren-song on it) and with his tours canceled, it’s been a pretty sketchy year. I still think Ringo should write his own story with Mark Bego … and, believe me, Bego’s tried. But hey, it’s Ringo, so all is forgiven.

SHORT TAKES –—  On my away week, we managed to watch a few movies, including Aaron Sorkin’s Amazon-opus Being The Ricardos-which has received across-the-board industry praise. We loved it, especially Javier Bardem’s take on Ricky. Kidman was fine as Lucy, but her haired never seemed to be the right shade of red. JK Simmons, as Fred Mertz was just perfect. An Oscar-winning performance if there ever was once. In all, I was surprised at how serious and yes, even dark it was … Andrew Garfield’s performance in tick, tick Boom was just amazing. The last days of Rent’s Jonathan Larson was just brilliant in every way. As a huge Rent-fan, all of the music sounded pretty similar to what was ultimately in that play. Garfield’s been touted as a Best Actor nom and I would definitely agree … Micky Dolenz’s take on Michael Nesmith’s “Propinquity (I’ve Just Begun To Care)” was selected by Rolling Stone’s Rob Sheffield as one of the Top 20 songs of the year. We loved it. Congrats …

Also caught The Matrix-Resurrections, which for all the pomp and circumstance, was a love story between the characters Neo and Trinity. I loved how they wove scenes from the first movie in there and sincerely missed Lawrence Fishburne … but, his presence is felt throughout. Not a stone-cold classic, but we enjoyed it immensely …

And, also caught Mr. Saturday Night on Netflix, about the life and career of manager Robert Stigwood. Stiggie, whom I knew well, was responsible for the play, album and movie of Jesus Christ Superstar from the then-unheard of team of Andrew Lloyd Webber and Tim Rice; Grease; the Bee Gees; and, his most famous project of all, John Travolta and the movie  Saturday Night Fever; which was adapted from a New York Magazine article by Nik Cohn titled The Tribal Rights of the New Saturday Night; it was shot with director John Badham; after original director John Avildsen was let go.

Suffice to say, it well exceeded everyone’s expectations. His master plan was releasing the 2-disc soundtrack album well before the movie, so everyone had a chance to hear it. Most of the voices heard on the film were people involved in his RSO Recordsand with Stigwood in particular.  It also spoke to the fact that he was involved with Beatle-manager Brian Epstein early on and at one point was set to take over the management of the band, before the lads nixed it. In many ways, this was the best-yet music doc to come out as Stiggie’s success was enormous. If you get a chance, check this out. Must-see for sure … Ken Kragen who organized the brilliant “We Are The World” session in 1985, which included the likes of Bob Dylan; Michael Jackson; Hall & Oates; Kenny Rogers; Lionel Richie; Paul Simon; and so many others, passed at 85. That record and Kragen’s work on it will live on forever … And, HAPPY BDAY Jordan Runtaugh and Christine Nagy.