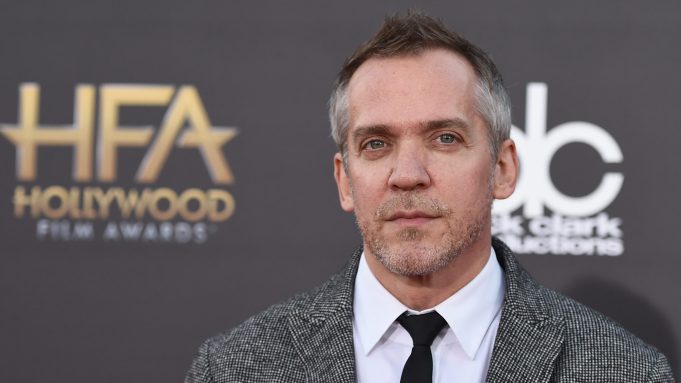 JEAN –MARC VALLEE RIP — (Via Deadline) Deadline is hearing from multiple sources that the shocking death of filmmaker Jean-Marc Vallée resulted from a heart attack, while at his cabin on the river outside of Quebec City, where he was preparing to receive guests the following  day. So it is considered likely he passed December 25 and was found the following morning. Vallée was known as a fitness fanatic and a teetotaler, a practitioner of the Wim Hoff fitness method, which is not for the faint of heart. We will update the official cause of death when it is released. Following Deadline’s reveal of the filmmaker’s sudden passing last night, there has been an outpouring of sorrow for Vallée, everyone from Big Little Lies and Wild star Reese Witherspoon to Canadian Prime Minister Justin Trudeau. Sad day.

(previous) Jean-Marc Vallée has died suddenly at age 58. The Canadian writer, director, editor and producer won Emmy Awards and a DGA Award for Big Little Lies and was Oscar nominated for editing Dallas Buyers Club, the film that won Oscars for both Matthew McConaughey and Jared Leto and was up for Best Picture.

I am still gathering details but can divulge that he passed away at his cabin outside Quebec City and that his family and close advisers are in shock.

Born on March 9, 1963, in Montreal, Vallée began making short films and soon moved into features with his 1995 debut Black List. His breakthrough came with 2005’s C.R.A.Z.Y., which won four Genie Awards in Canada, including Best Picture, Screenplay and Director for Vallée. After directing The Young Victoria and Cafe de Flore, Vallée really hit his stride with Dallas Buyers Club, based on the true-life tale of Ron Woodroof, a Texas electrician who was diagnosed with AIDS and given a month to live.

The scrappy Woodroof smuggled alternative medicine and drugs that were not approved in the U.S., to help give himself and others suffering from AIDS a chance to prolong their lives. This was a worthy project that stalled before Vallée committed. Released in 2013 with McConaughey, Leto and Jennifer Garner starring, the film became a critical darling. Both McConaughey and Leto won Golden Globe Awards, and they repeated those wins at the Oscars, where the film was nominated for Best Picture and Best Original Screenplay, with Vallée also receiving an Oscar He followed with an adaptation of Cheryl Strayed’s memoir Wild, which starred Reese Witherspoon and Laura Dern. The film was nominated for three Oscars. Then, Vallée turned his attention to longform television series, and the results were seminal.

In 2017 Vallée received the DGA Award and the Primetime Emmy Award for Outstanding Directing for the HBO limited series Big Little Lies, which he also executive produced. It won eight Emmys including Outstanding Limited Series and four Golden Globes. He also directed and executive produced the 2018 HBO limited series Sharp Objects, which was nominated for eight Emmys.

Said his producing partner Nathan Ross: “Jean-Marc stood for creativity, authenticity and trying things differently. He was a true artist and a generous, loving guy. Everyone who worked with him couldn’t help but see the talent and vision he possessed. He was a friend, creative partner and an older brother to me. The maestro will sorely be missed but it comforts knowing his beautiful style and impactful work he shared with the world will live on.”

“Jean-Marc Vallée was a brilliant, fiercely dedicated filmmaker, a truly phenomenal talent who infused every scene with a deeply visceral, emotional truth,” HBO said in a statement. “He was also a hugely caring man who invested his whole self alongside every actor he directed. We are shocked at the news of his sudden death, and we extend our heartfelt sympathies to his sons, Alex and Émile, his extended family, and his longtime producing partner, Nathan Ross.”

Vallée is survived by his sons, Alex and Émile, and siblings Marie-Josée Vallée, Stéphane Tousignant and Gérald Vallée.

Just tragic news. Big Little Lies was a great script; great acting; but just superlative direction. Vallee cemented his reputation with this and as much as everyone wanted him to direct an ill-advised second  season, he was committed to another project, but did come aboard as executive producer. Tremendous loss.

S OF THE YEAR — Succession; Dopesick; Schmigadoon!; The Underground Railroad; Mare of Easttown; The White Lotus; Being The Ricardos; Hacks; Money Heist; Bosch; and, The Blacklist.

SHORT TAKES — We were just given a sneak preview of a new record from a new artist named Claudia Hayden. Jazz music for sure, but her music has been heard extensively on SirirusXM’s Watercolors (Channel 66). More on this developing story shortly …

The Bat and the Cat: Warner’s released a new trailer featuring The Batman (Robert Pattinson) and Catwoman (Zoe Kravitz) and as good as it is, it looks eerily similar to the previous Batman-epics. Now, I’m not damning it before seeing it, but how many times can you tell the same story? Also, Andy Serkis as Alfred? Now, that’s quite a leap. In the clip, Alfred alludes to some hidden secret from the Wayne family. I do hope director Matt Reeves doesn’t mangle the original story too much. Here’s the clip:

– stay tuned, it’ll be out on March 4 …  And, attorneys for the members of Nirvana have asked a judge to dismiss a lawsuit filed in August by the man who was the “naked baby” on the cover of the 1991 Nevermind album, on the basis that the legal arguments that the image constitutes child pornography are decades too late as well as too silly. The motion was filed Wednesday in U.S. District Court on behalf of defendants Dave Grohl, Krist Novoselic, Courtney Love (executor of the Kirk Cobain estate), Kirk Weddle (the cover photographer), UMG Recordings and Nirvana LLC. Submitted by Bert H. Deixler, it asks for judge Fernando M. Olguin to rule on their request to have the case dismissed on Jan. 20, 2022. The filing says that plaintiff Spencer Elden, who was photographed in a Pasadena swimming pool at the age of 4 months and is now 30, only registered major objections to the photo recently.

According to Nirvana’s reps, Elden “has spent three decades profiting from his celebrity as the self-anointed ‘Nirvana Baby.’ He has re-enacted the photograph in exchange for a fee, many times; he has had the album title Nevermind tattooed across his chest; he has appeared on a talk show wearing a self-parodying, nude-colored onesie; he has autographed copies of the album cover for sale on eBay; and he has used the connection to try to pick up women.” Think what you will about Chris Cuomo –now formally dispatched from CNN– but when he had the opposing lawyer on, he ripped into her with a fury of a confirmed Nirvana fan. It was my first time watching him and was thoroughly impressed … And, watched Don’t Look Up on Netflix-from the magical hand of Adam McKay, with Leonardo DiCaprio, Jennifer Lawrence, Jonah Hill, Cate Blanchett, Mark Rylance, Michael Chiklis,  Ron Perlman, Ariana Grande, and a superb Meryl Streep – doing her best Trump impersonation. Not for everyone, but I loved it.