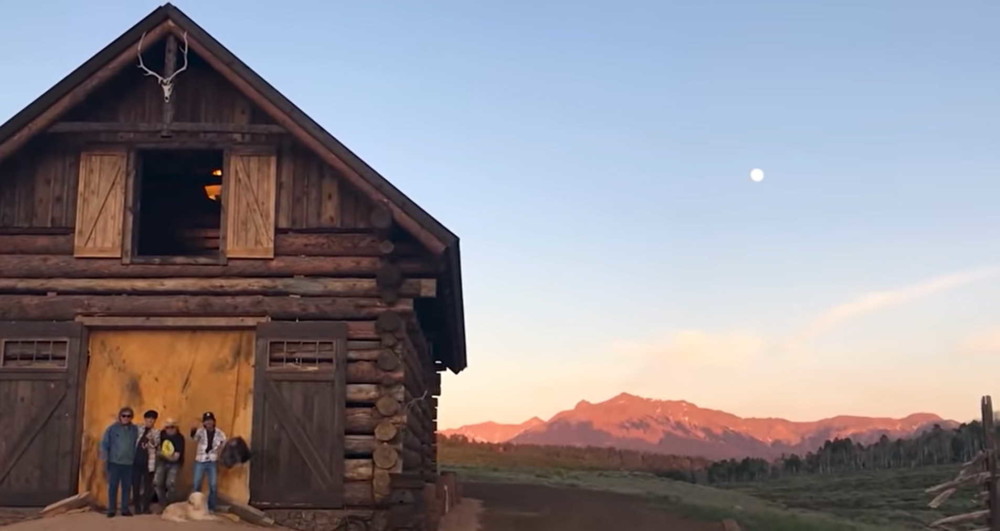 NEIL’S BARN — Neil Young’s 41st studio album Barn is generating some of the best reviews of his lengthy career. Arguably one of the innovators of modern-rock, the 76-year old artist has re-united with his group Crazy Horse for one of the most propulsive albums he’s ever done. And, remember this is the same guy who released the beautiful (and, landmark) Harvest album in 1972.

There’s a legendary story about Young playing an new album for a friend: they sailed out a ways in a rowboat as the album was played in stereo with the left channel coming from his house and the right channel coming from  a barn. And, when the engineer radioed him to ask him if the balance was OK, he said, we need more barn! True or not, it always gets a laugh.

This new album was recorded quickly and actually in a re-furbished 19th century barn. And, there’s an accompanying documentary. Watch this interview on the process: https://www.youtube.com/watch?v=pP9rZKBV7RY

UTOPIA PART II — (Via Deadline) David Byrne will present a revised version of his American Utopia Broadway, due to several breakthrough Covid cases among his onstage band.

In an Instagram video today , Byrne explained that with several band and crew members out, he and the remaining Utopia band will temporarily perform a new show at the St. James Theatre. The new show will include songs from his Talking Heads era, his solo albums as well as some of the American Utopia numbers.

In the video, Byrne says that “rather than canceling our shows,” he will “honor our commitment” to ticket-holders. “We’re going to do a show that, well, we’re just going to come up with the show! Hey, let’s make a show!” He described the revised show as “unlike anything we’ve done before.”

In a second Instagram video, Byrne offers a sneak peek of at least one song on the new set list: A rehearsal of the song “And She Was” can be heard as the camera focuses on a masked band member.

The new show – Byrne calls is “Unplugged, or maybe Unchained” – will begin with the Tuesday, Dec. 28, 8 p.m. performance.

Byrne says in the video that he’s “only going to do it for a few weeks and then we hope we’ll all be back” with the regular American Utopia show.

Bryne, one of a kind. Here’s his Instagram video:

SHORT TAKES — HAPPY NEW YEAR! … In our list of best TV shows, we inadvertently left off Ted Lasso and Lupin …  We’ve written about Netflix’s brilliant re-boot of Irwin Allen’s legendary 1965 TV-show Lost In Space. Now, in its final eight-episode season, it’s as good as ever, although the way the actor who plays Will (Maxwell Jenkins) has aged, is just amazing. When I saw this fourth season I had to do a double-take as it almost looked like a completely different actor has taken over the role.. Thoughtfully done and brilliantly re-imagined, the plots are totally riveting. The show has always assumed that their viewers are well-versed in sci-fi, so there’s little explanation about traveling in space and other such matters. In the original series, a last-minute stowaway was one Dr. Smith – in this re-boot, Smith is a woman, cannily played by Parker Posey; along with great turns by Toby Stephen, Molly Parker, Taylor Russell and Mina Sundwall. The robot, which perhaps is best remembered for his Danger Will Robinson warning, in this one, plays a crucial role in their adventures. The robot’s design is also pretty remarkable. Why this show has not generated more media, is a mystery. I think it’s one of the best shows that has been on Netflix … along with Mindhunter.A gem for sure …

Speaking of gems, whatever happened to Joanna Bonaro’s Good ‘n Screwed series? The series, which starred Robert Funaro from The Sopranos in a romantic-leading man role, was just excellent. Take one-part Grace & Frankie and one-part Schitt’s Creeek and you had a terrific show. Methinks the behind-the-scenes turmoil (too many producers) caused it not to move forward. Too bad as it remains a formidable program, though its time may have come and gone, but those that got a taste (including the New York Post’s Cindy Adams) loved it …

Also caught Maggie Gyllenhaal’s The Lost Daughter with Olivia Coleman and Dakota Johnson. It was a slow go but exceptionally directed in the Italy countryside … As of this writing the new Omicron-surge will most likely push all the award fests back; including the Grammy and the Oscars shows …

During the break we watched two episodes of Columbo with Peter Falk; from 1972. One with Leonard Nimoy before his turn as Spock and the other with the terrific John Cassavetes. And, you know what? They held up. Somewhat dated for sure, but terrific writing … Happy BDay to Sean Harkness, Bruce Shindler and Zach Martin … RIP Betty White!