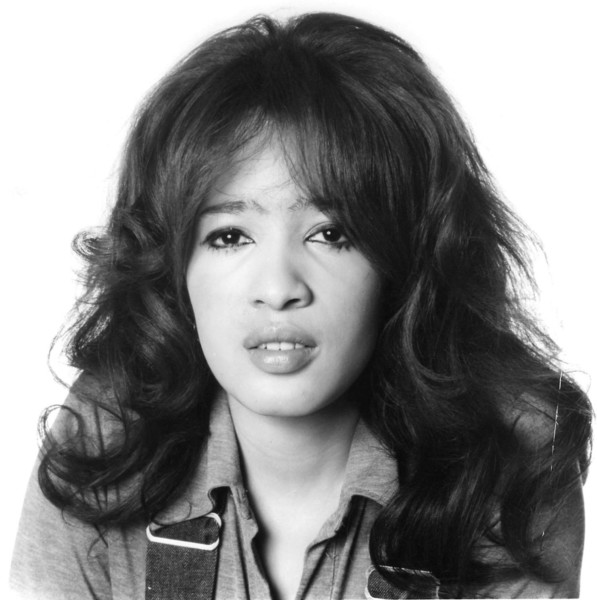 RONNIE SPECTOR RIP — Is “Be My Baby” the best record ever? Well, it’s certainly in my Top 5 and yesterday vocalist Ronnie Spector passed after a brief-cancer battle.

It seems like Sector’s voice has always been in my head; from those early classic’s with The Ronettes to her re-emergence on Eddie Money’s “Take me Home Tonight” in 1986. And, that video btw … was just superb with Spector emerging from a cloud of smoke mid-way during the video. Just stupendous. That was perhaps Money’s ultimate performance and having Spector there made it all the more enjoyable. Billy Joel’s “Say Goodbye To Hollywood” was inspired by Spector; and, when she actually performed the song with Springsteen it was deliriously good.

Keith Richards was a huge fan as were The Beatles. Personally, I loved her take on George Harrison’s “Try Some Buy Some” back in April of 1971. Here’s the video: https://www.youtube.com/watch?v=R0xHx-6WmNg

Perhaps not Harrison’s best song-effort ever, but the emotion she brought to the song made it a must-listen.

While her travails with Phil Spector have been duly noted, they did make some terrific music together. A shinning light for sure.

THE TENDER BAR —Echoing the sentiments of my fellow TSC-colleague, George Clooney’s The Tender Bar was one terrific ride, with Ben Affleck delivering one of his best-ever performances. Based on the book by J.R. Moehringer (played by Daniel Ranieri and as a young boy by Tye Sheridan) it’s a coming of age tale; growing up in a whirlwind with his mother and grandfather and uncle. It also features just terrific takes from Lily Rabe and Christopher Lloyd.

Clooney’s last directorial effort was the somewhat uneventful and somber Midnight Sky; it looked superb, but the story was decidedly murky. Great atmosphere, but terribly difficult to follow.

This movie is pretty great: from an array of terrific music (the film starts off with Golden Earring’s 1974 classic “Radar Love”) to the fashion of the times-1972. Affleck’s character btw sports some of the snazziest fashions of the time.

A gem for sure.

BOWIE’S HOURS — David Bowie would have been 75 last week. I was and remain a huge fan and with the observance of his birth, I decided to have my own Bowie-fest. Playing various videos and listening to several concerts (in case you’re interested, one of my all-time Bowie favorites was his concert at the BBC with Garson, Campbell, Dorsey and guitarist Earl Slick).

Beside the standout music, the one that that immediately appeared again was the fact that in every performance, he had just the best band possible. I’m a big Mike Garson fan and his work continues to amaze. Gail Dorsey, on bass, and Sterling Campbell drums were most valuable additions as well.

As I went through, I discovered that I had never properly listened to his 1999 album Hours. I got it and have been listening to it almost non-stop. This was the third album of his work with the brilliant guitarist Reeves Gabrel (Tin Machine) and the music is just exquisite. “Thursday’s Child” and “I Survive” are the standouts for sure.

Reading the many reviews of the album, it appears that die-hard fans loved it and casual fans thought it was just OK. As a Bowie-devotee … it’s  utterly brilliant.  It’s also interesting to note that it was the first album released to the then-burgeoning internet.

If you’re a fan and haven’t heard Hours … go and get it right now. You will not be disappointed.

SHORT TAKES —  A cover story on Mike Nesmith, including an exclusive interview with Micky Dolenz,  is in the next issue of England’s Mojo by David Fricke, out in two weeks. Should be terrific … I’ll say one thing for Matt Reeves’ forthcoming The Batman: it sure is dark. In the last trailer released

The Law & Order-mothership re-appears magically next month on NBC and just released is a photo of Sam Waterston back as Jack McCoy. He is the realMcCoy. Can’t wait for this one … Just saw NBC’s Craig Melvin’s interview with VP Kamala Harris Wednesday night. Terribly combative … right? I know things are far from where they should be, but I don’t remember Obama ever being so, shall we say, inelegant. Food for thought … Not for nothing but it seems they pulled a Chris Noth with Price Andrew. Look, I wasn’t there, but what happened to innocent till proven guilty? Strange times indeed …

Whatever happened to Stranger Things and the next Season 4? It seems as thought he show has been gone for years; although it’s rumored to be back this summer. When it does re-appear, I’m sure the kids will have grown into young-adults … Happy Bday Brad LeBeau and Glenn Friscia