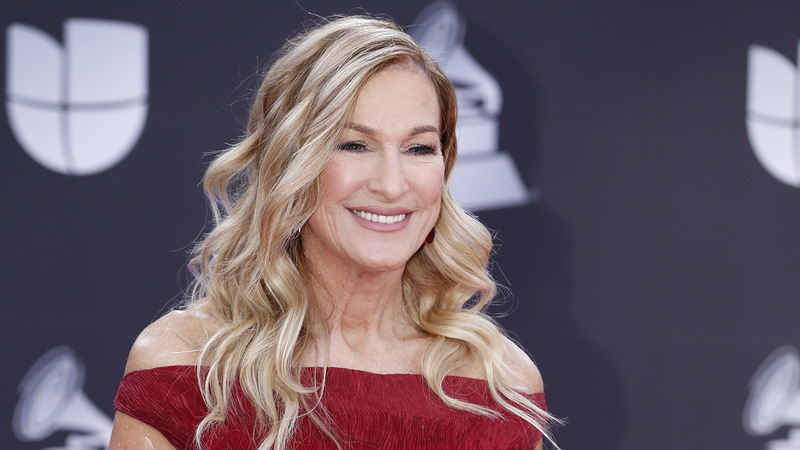 GRAMMY UPDATE — Our colleague Roger Friedman has kept on top of this story from the get-go, so take a look at his most recent post: https://www.showbiz411.com/2020/01/20/confirmed-ousted-grammy-chief-deborah-dugan-demanded-22-million-to-leave-before-she-was-put-on-administrative-leave – after a quick read, you may wonder just what the devil is going on out there at NARAS. I mean, 22 million to walk-away is certainly a lifetime-salary. Where do I sign up?

Methinks, and for sure I could be wrong, is that the infrastructure of NARAS has always been somewhat askew. I posited last column, that the lifers at NARAS, don’t want anything to change – certainly not their lofty positions. NARAS is a private club and once you’re invited in … if things don’t go your way … your quickly escorted to the door; much like MusiCares’ Dana Tomarken.

Deborah Duggan will take the buy-out … whatever it is and you’ll never hear from her again. Mark my words.

STARR ‘N GOULDMAN — 10cc founder and songwriter Graham Gouldman has picked up a guy called Ringo to play on his next album.

About the title he says, “It’s a phrase that always struck me, like a contradiction. If you asked me all the hits I’ve had I’d say ‘well, I’ve had this and that’ and then I’d go ‘but I could continue but modesty forbids.’ In other words, I’ve got lots of things I could tell you. I was telling it to the people who designed the cover and they really loved it and they designed a great cover as well.”

Ringo Starr plays drums on the album because, well, Graham asked him to. “I toured with him in 2018. I did two tours with him. When I was writing songs for the album I was writing about that experience and I was thinking ‘who could I get to play drums’ and thought ‘oh well, it’s pretty obvious really’. He very kindly did it. He played great.”

Considering the legendary past of both Graham and Ringo, they had met for the very first time only a few years back. “I had never met him before the time I did the tours with him. I met him at the beginning of 2018. Our paths never crossed,” Graham said.

Nashville’s Beth Neilson Chapman is also on the album. “Beth Neilson Chapman, she and I have written before,” says Graham. “I put an EP out on 2017. One of the songs was co-written with her. There is a song on the new album All Around The World I wrote with her and another Nashville musician Gordon Kennedy, who co-wrote Eric Clapton’s “Change The World.”

Graham will keep the songs from Modesty Forbids separate to his 10CC shows. “I have a show called Heart Full of Song which I have never done in Australia. I do the songs that I’ve written over the decades. It gives me a chance to talk about the songs I’ve done for other people and talk about how the songs came about. It’s a completely different show. I am considering doing one of the songs fromModesty Forbids in the 10CC show only because its relevant. Actually, we still do a new song that I wrote with one of our singers. He wanted to write a 70’s, 10CC-like song. It turned out so great I include it in the 10CC set. It’s the only non-10CC song in the 10CC set.”

We here tried to bet a copy of Ringo’s latest … hear it’s great. Guess Universal only did a limited run.

Last week’s The last Day of Richard Pryor, on ABC, was really terrifically done. With a handful of interviewees, they managed to piece together a totally compelling portrait of the comedian. I loved Pryor and relished each and every success he had. To me, he was as much a force of nature as were Andy Kauffman and Lenny Bruce.

If you missed it, go online, its sensational … Thursday is the much-hyped and eagerly anticipated Picard; Star Trek’s Jean Luc-Picard starring Patrick Stewart. I loved Stewart on Star Trek: The Next Generation and, even though it’s been 20 years, I can’t wait for this one. Turns out he’s playing Picard as a 92-year old! Stewart also said in a recent interviewer that the character is a bit tormented. Stay tuned for reports on this one. Can’t wait … Kudos to Sam Rockwell for nabbing a SAG award for Fosse/Verdon. He was simply exquisite. His co-star Michelle Williams won one two. Just a dazzling series. Excellent … Wednesday night in LA is a screening for Robbie Robertson’s movie Once Were Brothers … Micky Dolenz being interviewed for as forthcoming special on Laurel & Hardy in LA ... Ane, Bruce Springsteen turned out for last weekend’s Light of Day fete in Asbury Park … Best tour-news of the year so far: Steely Dan with Steve Winwood. Wow .. what a great bill. Flawless … Sad news via Ozzy Osbourne, who has been diagnosed with Parkinson’s.