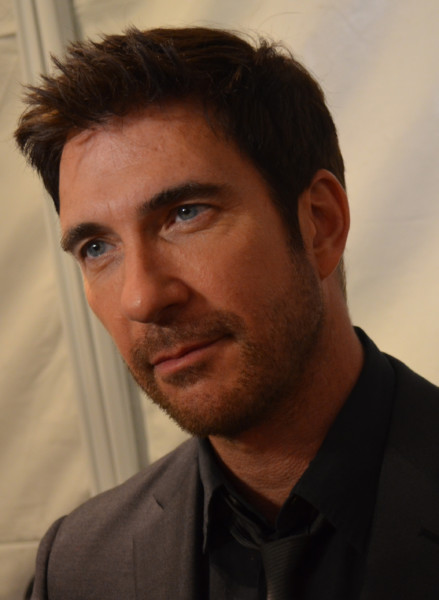 Dylan’s Year — Pardon me, but I can’t reach Dylan McDermott. He’s just got to be out buying a new house and a new car – maybe two! What a year he is having.

I’ve been a fan of his since TV’s The Practice; but, two years back he was simply stellar on Ryan Murphy’s Hollywood. An Emmy nomination followed; he didn’t win, but he definitely should have.
Last year, when Chris Meloni decided to come back to the Law & Order universe (his show is called Law & Order: Organized Crime); McDermott was cast as the uber-bad guy Richard Wheatly. Again, just a terrific portrayal. Then, somehow, the character came back this year for even more terrible deeds up against Meloni.
He’s been great, but I must admit that the character got somewhat tiresome. Roger Friedman even compared his current acting as Wheatley to Snidley Whiplash-remember him? 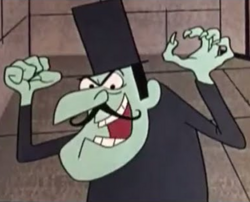 It was announced last night that McDermott will be Julian McMahon’s replacement on another Dick Wolf show, FBI: Most Wanted. I’ve been a big McMahon fan (especially in Nip/Tuck-another Ryan Murphy production) and the news he was leaving really knocked me out. But, McDermott is definitely an amazing choice. Just for the record, Vincent D’Onofrio would have been another great add.
Both shows are from the Wolff-factory, but as someone pointed out, you think McDermott’s new character would team up with Benson and Stabler on Law & Order: Special Victims Unit? Funny … right?
Here’s the official story via Deadline: https://deadline.com/2022/01/dylan-mcdermott-fbi-most-wanted-new-lead-julian-mcmahon-replacement-cbs-1234919102/#comments
McDermott is just terrific and deserves all the praise he’s getting, yet, I just wonder if the transitional from bad-guy to good-guy isn’t a bit too fast. We’ll find out soon. 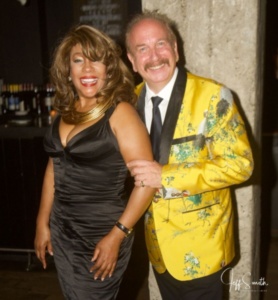 MARY MARY — With Universal finally releasing the CD of the much-anticipated Mary Wilson collection The Motown Anthology, we wondered why celebrity-author Mark Bego wasn’t credited in the press release; as he wrote liner notes for the package. We hear that there was a major behind-the-scenes mad power grab by one of Wilson’s long time aides. Bego had a 40-year plus relationship with the late-Wilson; and collaborated with her for the best-selling Supreme Glamour (2019) to me. Here are his notes: 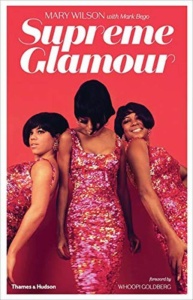 The Mary Wilson album will always be a very special musical treat for me.  Part of that reason is that the first time I heard all of the tracks from it, Mary herself played them for me at the nightclub / disco called New York New York on August 22, 1979, the week of its release.  This particular album, and its disco hit “Red Hot” make me smile every time I hear any of the songs from it.

The day of this musical preview I was Mary’s guest at a private press lunch held in the restaurant area of the midtown Manhattan club.  At the time I was the Nightlife Editor of CUE magazine, and I was working on a piece about Mary for the next issue.  Over shrimp salad we discussed her first solo album, her upcoming solo concert debut, and her following concert tour of Europe.

As a professional journalist and an avowed Supremes fan, I had interviewed Mary on three occasions beginning with our initial meeting in 1975, when I was writing for Record World magazine.  Since that first meeting, Mary and I had been working together on her proposed autobiography, which ultimately became our 2019 Number One hit book:  Supreme Glamour.

On the last three Supremes albums in the late 1970’s, it had gotten to the point where Mary was singing lead vocals of half of the songs, and she had really grown as a vocalist.  Finally, the time had come for her to go out on her own.  At our lunch I asked Mary why it took her so long to step out of The Supremes and finally become a solo performer.  “It’s been a long time coming,” I said to her.

“That’s what everyone says,” she admitted.  “Now I feel that I have lived my dream out with The Supremes.  I have enjoyed every minute, every up, down, whatever:  I enjoyed it.  I have had it from the beginning, the middle, and the end.  I lived out my dream, and I lived it out to the fullest.”

It is especially exciting for me to be a part of this amazing project.  When Mary suddenly passed away in February of 2021, I made a personal vow to her: “I will make sure no one ever forgets how wonderful you are.”  I am confident that the music on this CD will help fulfill that promise. 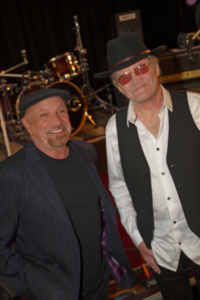 SHORT TAKES — Micky Dolenz is on Cousin Brucie’s WABC show this Saturday night talking about his new EP (4 unreleased Michael Nesmith songs from the original Dolenz Sings Nesmith album of last year); and his forthcoming tour with Felix Cavaliere. And it was just announced that Dolenz will be part of the next Chiller Theatre: April 29 -May 1  … With news last time about Michael Mann writing a prequel to his much-beloved Heat (with DeNiro and Pacino), we went back to look again where the two characters meet in the long-gone, much missed Kate Mantilini restaurant on Wilshire in LA. Just awesome. I actually read in the posts that DeNiro didn’t want to rehearse that scene, rather, just do it. And, he was right. The energy is palpable. Check it out here: https://www.youtube.com/watch?v=LUy2Wx_r0_w&t=24s …From yesterday’s Eater/Erika Adams: Controversial politician and former vice-presidential nominee Sarah Palin, who has publicly stated that she would only get vaccinated “over my dead body,” dined indoors at Upper East Side celebrity hangout Elio’s over the weekend — and then tested positive for COVID-19 on Monday. Palin, who was in town for a court date over a libel lawsuit with the New York Times, appears to have flouted the ongoing vaccination mandate in NYC. Restaurant manager Luca Guaitolini told the New York Times that the staff “made a mistake” in seemingly letting Palin dine inside when she is not vaccinated, which is against city law. Guaitolini, who says he was not working that night, told the Times that the Italian restaurant checks proof of vaccination for first-time customers but not regulars, and Palin arrived with a longtime diner. “She probably just walked in and strolled over,” Guaitolini told the Times. In a separate phone call with Eater on Monday, Guaitolini said that Elio’s is checking vaccination status in accordance with the city mandate, but managing a steady stream of paper cards, photos of cards, and apps, plus checking against ID cards, at the door … 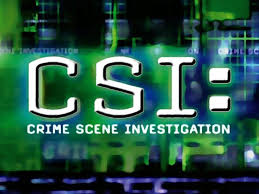 Jorja Fox, from CSI has decided not to return to the show for a second season. When their second season was announced, she said she would return, but upon further though she said, if Grissom (Billy Petersen) isn’t there; then Sara cannot either. I felt that their return definitely bolstered the show; I didn’t particularly care for the new actors, although they did begin to grow on me. Will be interesting to see if CBS marches ahead anyway … RIP Thierry Mugler … Happy Bday Norena Barbella!
NAMES IN THE NEWS — Robert Funaro; Armen Garo; Michael Mann; Jane Blunkell; Sean Harkness; Steve Walter; Andy Skurow; Lush Ice; Mary-Ann Naples; Kenny Loggins; Tom & Lisa Cuddy; Sergio Kardenas; Jerry Church; and, CHIP!
Related ItemsDylan McDermottFelix CavaliereG.H HardingMark BegoMary WilsonMicky DolenzNewSarah PalinSnidely WhiplashSupreme Glamour
Celebrity

G. H. HARDINGMay 5, 2022
Read More
Scroll for more
Tap
Ok Crime Has Gotten So Bad They Are Stealing Pipes From A Theatre Making a Perfect Crime
Happy 34TH Anniversary to The Phantom Of The Opera