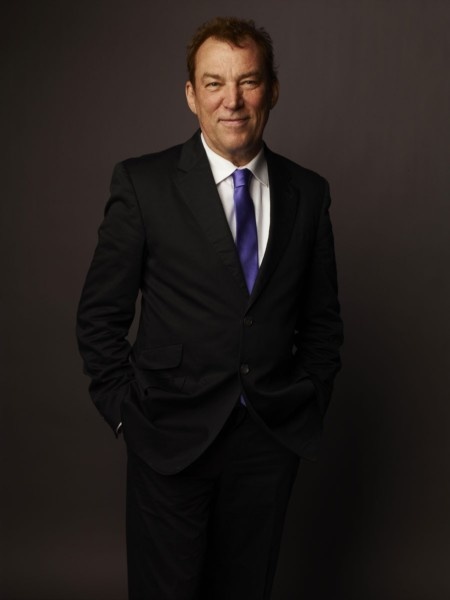 TOMMY CAN YOU HEAR ME —(Via San Diego Union-Tribune) Of all the memories that swirl around in Des McAnuff’s mind when he talks about The Who’s Tommy, one recollection in particular rises above the rest.

The date was April 22, 1993, and the director and then-La Jolla Playhouse artistic chief was at the St. James Theatre in Manhattan for the Broadway opening of the Playhouse-bred rock opera.

“I got this call backstage, as I was standing in the wings,” McAnuff recalls now.

On the line: Pete Townshend, the Who guitarist and principal composer of the 1969 Tommy album upon which the musical was based, as well as McAnuff’s close collaborator on the show.

“He said, ‘This is just a love call,’” McAnuff says of Townshend, who had been in the audience for the performance. “He said: ‘I just want to thank you. You’ve helped me create my renaissance.”

“It was such a beautiful moment in my life.”

More than a quarter-century later, McAnuff and Townshend revisited some of that Tommy glory, as the Playhouse Monday night held a benefit concert performance of the musical that was birthed at the theater originally in 1992.

Tommy has stayed close to McAnuff’s heart over the years, even through such seismic events as the massive Broadway success of the Playhouse-bred Jersey Boys and the director’s subsequent move to Canada’s Stratford Festival as artistic chief, where he stayed until 2012 (and where he returned to stage Tommy the following year, with Nolan in the cast).

He and Townshend, who co-wrote the musical’s book, have likewise stayed close. (Both won Tony Awards for their work on the show.)

“I still see him all the time,” McAnuff says of the rocker. “He’s the best. He’s wondrously generous — not only a great artist but a terrific collaborator.”

McAnuff adds with a laugh: “I asked him what makes him such a great collaborator, and he said: “Surviving The Who!”

For McAnuff, “Tommy” became a major inspiration and influence early on in life.

He had just turned 17 and was in a budding rock band when, at the close of a basement rehearsal session one day, a friend who handled the group’s sound said: “I’ve got this new Who album.”

As McAnuff recalls it: “We were intending to sit down and listen to just a couple of cuts. And we stayed there, all of us, and listened to the whole thing. I think it had a huge effect on me.

“I think, more importantly, the imagery that was in my head made it into the show. I think my concept of the show started with that listening.

“I wrote my first musical fairly soon after that — I would’ve been about 18 — and that was very much influenced by Tommy and also by Hair (which he’d auditioned for at one point). I realized rock music could have a place on stage.”

And when that early musical of McAnuff’s, called Urbania, was produced not long after in Toronto, he recalls with some pride that a prominent local critic wrote: “It’s sometimes reminiscent of The Who’s Tommy.”

Fast forward a couple of decades to July 1991, when McAnuff — who had ignited the Playhouse’s stunning revival eight years earlier, and won a Tony award for directing the La Jolla-bred musical Big River on Broadway — was living in an ocean-view apartment near Windansea Beach in La Jolla.

A call came in from Michael David, one of McAnuff’s partners in the powerhouse producing outfit The Dodgers, who said he wanted to come visit and talk about a project.

“So he came to that beautiful apartment and he said: ‘How would you like to do Tommy?

McAnuff recalls that a contemporary had said of the rock opera: “Nobody could do it onstage the way The Who could do it.”

But McAnuff was hooked on the idea of staging it: “I said to the staff at the Playhouse, ‘He’s completely wrong. We could do that. We could blow the roof off the place.”

That November, McAnuff flew out to meet Townshend in London. Their first encounter was “one of those meetings where there were a lot of managers and other people around. Pete and I were seated together, and we had probably a 10-minute conversation. I had been listening to Tommy over and over in the car but didn’t want to commit to any ideas until I met with him.”

McAnuff then spent the rest of that day (and night) mapping out a detailed vision for the piece. And the following evening, he and Townshend had an intense, one-on-one meeting: “We spent about four hours talking, literally until the wee hours of the morning.

“It was such an inspiring conversation, as you would expect.” And at one point, McAnuff recalls, Townshend stood up and demonstrated how he did a “windmill” — his trademark, straight-armed, legs-splayed strum on the electric guitar.

The Playhouse concert took place in all of the music from Tommy, although it will be presented in a stripped-down form compared with the stage musical, whose use of tech wizardry was groundbreaking for its time.

“We’re crazy enough to attempt to play the entire score,” says McAnuff. “But I want to stress this is a concert. There’s no way in four days (of prep) that we could do it. We could barely stage that show in the seven weeks we spent putting it together in La Jolla. It was a very ambitious piece.

“This is going to be actors at microphones. It’s about hearing Tommy more than seeing it.”

But for fans of the band, the album and the much-loved musical, that just might be plenty.

Built in 1929, the St. George is simply gorgeous … along the lines of NYC’s Beacon Theater. We actually got there quite easily from lower Manhattan via the Staten Island Ferry – which we found out is free – and once there, the theater was a quick five-minute walk. We immediately came upon tour manager Geoff Perren, who couldn’t have been nicer. We met the veteran-tour manager in Stamford and he guided us throughout the cavernous space.

We were invited into the dining area for the entire band and sat with Dolenz-guitarist Wayne Avers. I’ve known Wayne for years and watching him during this show is just sensational. As we mentioned, his solo on Chicago’s “25 or 6 to 4″ is just brilliant; but tonight we closely watched his solos –with Todd Rundgren- on Todd’s own “I Saw The Light,” as well as Rudgren’s take on “Helter Skelter,” where Avers used a slide on his guitar.

This show, this night, was just perfect. The sound was as good as we ever heard and you could feel the entire band in sync and firing on all cylinders. The set was essentially the same as as the Ridgefield, but flowed just perfect. Christoper Cross’ guitar work was just spot-on and, his two solo numbers, “Sailing” and “Ride Like The Wind” were definite show highlights.

Dolenz, with his voice sounding better than ever, was just exceptional on “I’m So Tired” and “Happiness Is A Warm Gun” on both shows and  Badfinger’s Joey Molland was in tip-top shape as well with his work on “No Matter What” and the standout “Baby Blue” for both shows.

Rundgren, who was just announced as a nominee for this year’s Rock & Roll Hall of Fame, was exceptional too, especially his guitar work “While My Guitar Gently Weeps.” Bassist Jason Scheff, who has a solo album in the works, was terrific as well; especially when he joined in with Cross.

VAN HALEN UPDATE — According to recent rumors, Van Halen’s legendary guitarist Eddie Van Halen has been battling with throat cancer for a while, and he’s currently treated for that reason. But there’s no official announcement about the rumors that we’ve been reading for the last three or four days.

Earlier this week, Alternative Nation has shared a new update about Eddie Van Halen’s health status from a former relative of him. Eddie’s ex-wife Valerie Bertinelli’s brother, David Bertinelli has some details about the rumors. Here’s what he said to AN:

“I spoke to Ed less than 2 weeks ago and he sounded good; the same as I have known for over 30 years.

He also sent me a text Thursday thanking my son for the Thank You picture he had drawn for a guitar Ed donated to the school.”

SHORT TAKES — Robert Miller’s Project Grand Slam plays this Friday at The Groove in lower-Manhattan … Whatever happened to the Gene Cornish book Good Lovin’ -My Life As A Rascal?  CBS-FM’s Scott Shannon read it and said it was a superior read; we can’t wait to see it … We’re still wait for a copy of Robbie Robertson’s new albumSinematic from Universal’s Sujata Murthy. Even a call to head-honcho Monte Lippman has proved fruitless. Sad, I hear it’s excellent … I’m seeing ads from Harvey Fierstein tub thumping his next Broadway-project Bella Bella (at City Center); yes, on legendary NY-politico Bella Abzug … wow …

Zoe Kravitz will be Catwoman in the upcoming Matt Reeves The Batman. Kudos …