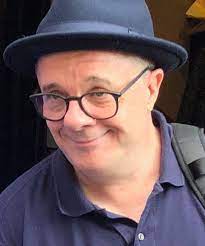 LANE RETURNS — (via Deadline) Nathan Lane, who portrays Teddy on Hulu’s Only Murders In The Building, isn’t telling but he is confirming the character will return for a handful of episodes.

“I come back. I can’t tell you how but I do come back,” Lane revealed to Deadline while promoting his upcoming debut in HBO’s The Gilded Age airing on February 21. “He did not commit the murder but they were grave robbing. He comes back in an interesting way and there’s a big surprise.”
He added, “I’m in L.A. shooting a film now but I shot a couple of episodes before I left and I’m supposed to do a couple more when I get back to finish that particular storyline. It’s such a joy to be on the show with Marty [Short] and Steve [Martin] and Selena Gomez who is so lovely. They’re also attracting some great guest stars. It’s run by John Hoffman, who is such a great guy. I’m really happy to see all the success they’re having with the series.”
The series has earned numerous accolades including three Golden Globe nominations for Best TV series, and Best Actor nods for Martin and Short.
Executive producer and co-creator Hoffman teased the return of Teddy with Deadline in October while discussing the Season 1 finale.
“I think you’ll see there are a lot of returning cast in Season 2, in ways that you won’t expect. Some are really funny and we get to develop [their storylines] a bit further, but they are grounded in reality. When you have these characters and a cast like this, we have to check in with them and keep them a part of our family. It’s really the sweetest thing.”
Only Murders In The Building follows three true crime buffs, Charles-Haden Savage (Martin), Oliver Putnam (Martin Short), and Mabel Mora (Gomez), who become embroiled in the investigation of a murder that happened in their building, the Arconia. Teddy and his son Theo (James Caverly) are suspects in the slaying of the initial murder victim, Tim Kono (Julian Cihi), and the pair are eventually arrested for the crime. However, they proved to be innocent.
But with a new murder victim at the Arconia, everyone is potentially a suspect—especially Mabel and her love interest Oscar (Aaron Dominguez) a.ka. Tie-Dye Guy, after they were found hovering over the decedent.
Lane was simply brilliant in the show. I’m actually quite surprised he didn’t merit more ink when he was on as I think it was one of the best things he’s even done. Glad he’s back. 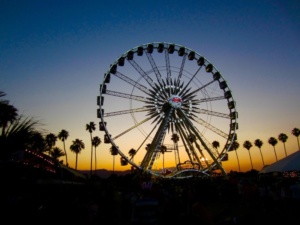 MASK LESS — (Via Deadline) Vaccinations, masks and Covid tests are out at this year’s Coachella and Stagecoach festivals, according to postings on their respective official web sites.
“In accordance with local guidelines, there will be no vaccination, testing or masking requirements at Coachella 2022,” reads the “Health & Safety” page for the Goldenvoice-produced event. Ditto the same page on the Stagecoach site.
Face coverings are, however, “recommended to protect against desert dust.”
The changes follow a slew of similar announcements from the State of California, which will lift mask requirements at outdoor mega-events tomorrow, and Disneyland, which just today indicated it is lifting masking requirements in the park on Thursday.
Queried yesterday what precautions he would take at such an event, California Director of Health and Human Services Dr. Mark Ghaly said, “If you’re asking my advice, keep your mask near you [and] try to be in a group where you know other people are vaccinated.”
The festivals, which have been canceled or delayed multiple times during the pandemic, will take place at the Empire Polo Club in Indio.
Harry Styles, Megan Thee Stallion, Lil Baby, Dojo Cat, Flume, Danny Elfman, 21 Savage, Phoebe Bridgers, Big Sean, Brockhampton, Run the Jewels, Fatboy Slim are among the acts performing at Coachella across the weekends of April 15th, 16th & 17th and April 22, 23 & 24.
Last week Ye (neé Kanye West) demanded an apology from co-headliner Billie Eilish over a perceived slight to rapper Travis Scott, who was allegedly dissed by Eilish last Saturday. None has been forthcoming.
Stagecoach will feature Thomas Rhett, Carrie Underwood, Luke Combs, Maren Morris, The Black Crowes, Brandi Carlile, Tanya Tucker, Lee Brice, Cody Johnson and many more across from April 29-May 1.
SHORT TAKES — David Bryne’s American Utopia has posted their closing notice for April 3. That show is so good, I thought it would run forever. If you haven’t seen it, you must. A gem in every way … NY’s Mayor Eric Adams talking smack to the media? Boy, that didn’t take long. Listen, it’s a tough gig, so buckle up Mr. A. As former NYC-Mayor Bill DeBlasio said, every press conference can’t be about smoothies. My suggestion to Adams is to buck-up; because it’s only going to get worse …

ViacomCBS which owns everything from Paramount to MTV just changed its name to Paramount. Sign of the times? You better believe it … 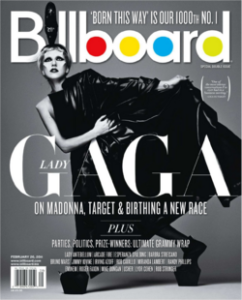 I just looked through a copy of Billboard Magazine from 1978! My God, I was there back in 1978 and the names (from Barry Lederer to Ron Alexenburg) were all over the magazine as were such Billboard-writers as Paul Grein and Radcliffe Joe. There were ads; testimonials; reviews (the Billboard of today does’t even review records anymore!); and such columns as Lifelines and Executive Shuffle that don’t even exist today. There was also the burgeoning disco movement and in an article about a new club, called the Electric Circus, the writer cited that the clientele would include both gay and heterosexual persons. Wow! Let me tell you, those were indeed exciting times, and I can’t really pinpoint when it all changed … but it did and not for the better. Hopefully, Better days ahead … Guitarist-extraordinaire Sean Harkness guested with Susie Mosher Tuesday night at NYC’s Birdland performing “People Are Strange” … 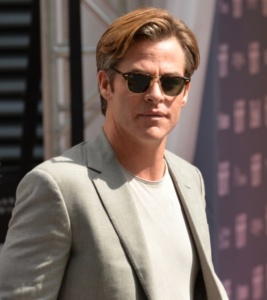 Chris Pine looks to return as James T. Kirk in the next Star Trek-movie to be directed by Matt Shankman who did the recent Marvel WandaVision series. Good news for sure. As a Treker, I loved Pine’s take on the Kirk-legend … SIGHTING: Micky and Donna Dolenz and Alison Martino atThe Oaks at Lakeside in LA … 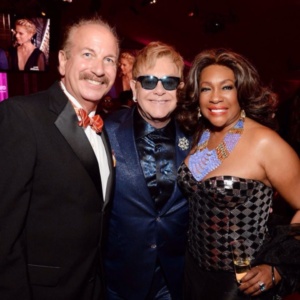 The official Mary Wilson memorial will take place in LA on March 4. Celebrity-biographer Mark Bego (and, Wilson’s confidant for nearly 40 years) will speak at the event … Rod Stewart and Cheap Trick head for a summer tour in June, beginning in Vancouver … And, Happy BDay Mitch Kanner; Jimi Celeste and Steve Leeds!