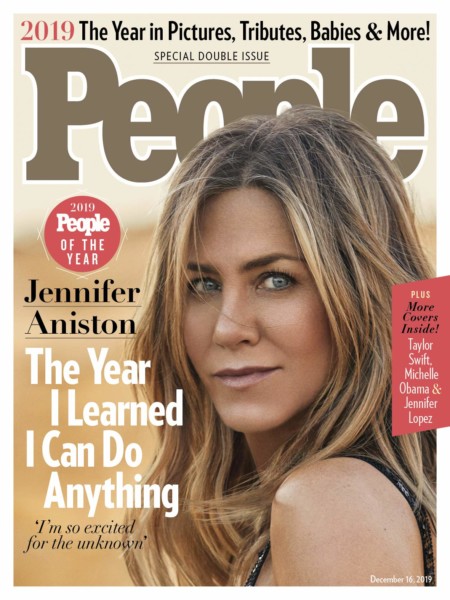 Vaccariello takes over for Dan Wakeford, who is leaving after three years as People’s editor. Wakeford didn’t respond to a request for comment.

The change at the top of People’s masthead comes after Meredith’s magazine group was acquired by IAC’s Dotdash in a $2.7 billion deal. Earlier this month, the newly merged Dotdash Meredith shuttered print editions of six magazines, including InStyle and EW, and laid off about 200 employees.

Along with Vaccariello’s appointment at People, Dotdash Meredith also announced the promotion of Zoë Ruderman to VP and GM of People’s digital operations. She joined the publication’s digital team in 2018; prior to People, she held various editorial positions at Hearst’s Cosmopolitan. Ruderman and Vaccariello both report to Leah Wyar, president of Dotdash Meredith’s Entertainment Group.

“We are thrilled to welcome Liz to People Magazine. She is an incredible leader and storyteller, and has a keen eye for what will pop on a cover and off the page,” Wyar said in a statement. “Her 25 years of editorial experience and understanding of how to deliver content in a multiplatform way make her the perfect fit.”

Wyar added, “We also thank Dan for his years of passion, dedication and steadfast commitment to the brand and team.”

IAC is headed up by Barry “Killer” Diller and replacing Wakeford was clearly the start of some sever cost-cutting measures. People has had a rough last few years: First, the paper it’s been printed on is now something akin to the coupon-conscious Pennysaver back in the 70’s – think, think paper and the printing is very muddy. Second: Their editorial choices of late have be come very questionable: Lionel Richie was on one several weeks back and this week Stanley Tucci graces the front-cover. 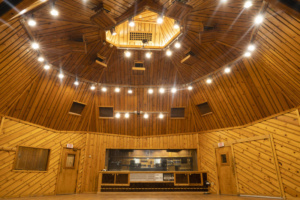 POWER STATION RETURNS — (via Mix) Since founder Tony Bongiovi first opened its doors in 1977, the studio facility on West 53rd Street in New York City has been known as Power Station and then later Avatar, but mainly it’s been known as a place to make great music. Bruce Springsteen, Tony Bennett, Paul McCartney, Lady Gaga, Muse, David Bowie, Madonna, Herbie Hancock, Esperanza Spalding, Bob Dylan and others have recorded countless classic albums within its walls. However, when Avatar was suddenly put on the market in the mid-2010’s, many expected it to be turned into condos like The Hit Factory and other illustrious New York studios that had shuttered. Instead, the facility is now busier than it’s been in decades, having emerged from years of renovation to officially reopen this past fall as Power Station at BerkleeNYC.

Purchased in 2017 by a public-private-non-profit partnership between Berklee College of Music, the City of New York, musician/ investor Pete Muller and members of the Founder’s Advisory Board, Power Station at BerkleeNYC is still a working commercial studio facility, but that only scratches the surface.

“We’re on a mission to reinvent the large-format studio business,” said Stephen Webber, executive director of BerkleeNYC and dean of Strategic Initiatives for Berklee. “Even though we raised a lot of money, our business model is that we’re still amortizing everything as if we paid for it. We’re trying to prove that if you include video, if you keep your eye on technology, you can make it work. In 1977, this was the highest tech place in town, but when we took it over in 2018, it was a museum piece. Our philosophy is, ‘Let’s be the cutting-edge place again,’ adopting immersive audio, video and more. If you really want to do the high-end thing, you come here.”

Power Station may be looking forward, but its revered acoustics and legacy equipment haven’t gone away. Studio A still has its classic, custom-built 40-input Neve 8088 console and unique orchestra-sized live room, while Studio B retains its Solid State Logic 9000J 72-input desk. Studio C, with its Neve VRP 72 console with Flying Fader automation, is also the same, with the exception that identical dead-stock 50-year-old linoleum and tectum tiles were sourced to slavishly restore a corner of the live room meant to emulate the sound and vibe of Detroit’s Motown Studio.

While the studios have been meticulously maintained, their surroundings inside the 33,000-square-foot building have been radically altered to add classrooms, a black box theater, VR and DJ labs, a video control room, dressing rooms, dedicated studio lounges, writing rooms, storage, performance spaces and larger hallways. All spaces were designed with flexibility in mind, so classrooms and tech labs are modular, with gear from laptop stations to DJ rigs set up on wheels to accommodate everything from close collaboration to social distancing.

Video production is a key element as well; while Power Station at BerkleeNYC has a number of RED cameras on hand, there’s also 26 PTZ cameras installed throughout the facility, linked to the video control room through a site-wide Dante network. “In Studio A, we can do a 10-camera shoot without setting up a single camera, all in 4K,” said Webber. “In 1977, if you came to the studio to record, it was going to a vinyl record. Now if you can’t see it, it didn’t happen, so if you’re capturing a live musical performance, it’s got to include video. Our in-house video services pros work here every day and know how to shoot the place, so it makes sense. And it became a lifesaver during the pandemic—almost every session had people beaming in remotely, so instead of a webcam of the session, we could send a live multi-view of eight cameras in Studio A to a client in L.A.”

VR and immersive audio work is also on the agenda, as the facility has a trio of Jaunt cameras for making 360-degree immersive VR videos. Each Jaunt sports 24 8K cameras that save to a 64GB SD card. Nearly a dozen music clips have been produced so far with artists like Victor Wooten, saxophonist Grace Kelly and Berklee’s own Indian Ensemble.

With all this plus multiple community outreach programs going on at once, Power Station never really powers down. The facility has been hosting engineers like Bob Clearmountain and Elliot Scheiner, the explosion of streaming services has led to a rise in orchestral sessions onsite, and the return of Broadway has likewise revived the studio’s cast album work as well.

The facility is still in demand by household names, too, and while they don’t typically interact with students, their subtle presence still quietly underlines Power Station’s continued relevancy. “We’ve had Paul Simon, John Legend, Coldplay, the artist HER and more,” said Webber. “One of our students from the UAE is a total firecracker, and she hurt her foot so she had a cast on. She came up to me the other day and said, ‘So when we were in the elevator last week, and that guy asked me what I did to my foot—that was Sting, right?’ ‘Yeah. Yeah, that was Sting.’”

SHORT TAKES — Power-publicist Cary Baker announced his retirement this week after a stellar 42-year career. A good and honorable guy for sure in a crazy, crazy business, he’ll be much missed … I received a call on my Verizon-mobile phone, from someone purporting to be from Verizon,saying I had a half-hour to pay a supposed past-due bill, or my phone (and, my other two lines) would be shuttered. After calling my lawyer and bank, it was determined this was a scam. Looking on the net, sure enough there were several stories about a scam exactly like this going around. I called Verizon, got a recorded-massage; sent several emails and am still waiting to hear back from them a week later. Quality-control is clearly not what it once was, right? … 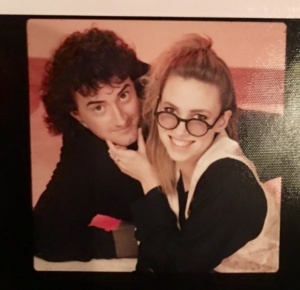 Do you know where you were 33 years ago today? PR-pasha David Salidor was riding the crest of a wave when client Debbie Gibson’s second album Electric Youth began a six-week run as a Billboard #1 album. Salidor recalls, “It was a totally different business back then, but the memories remain. We had a two week tour in Europe; took the Concorde over and back and were met in London with our own private plane. Denmark, Germany, London followed … just great and terrifically productive. Back then, labels supported a hit act and Atlantic Records did everything the absolute right way. Ahmet Ertegun and Doug Morris made it all happen. There was a thing called artist development. Amazing memories for sure” … 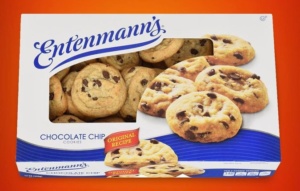 Who doesn’t enjoy a good Entenmann ‘s selection? Personally, I love their chocolate-chip cookies, even better when a bit cold. Their founder Charles Entenmann passed this week at 92. God bless ’em … 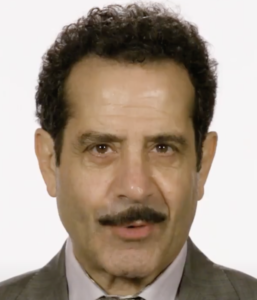 Finished the entire run of The Marvelous Mrs. Maisel on Amazon Prime Friday and though it was a bit dodgy this season; it ended on a high note with Luke Kirby just stunning as Lenny Bruce. Rachel Brosnahan is just superb. Next season will be their final bow. Tony Shalhoub as Abe is just stellar. Stellar!!! … 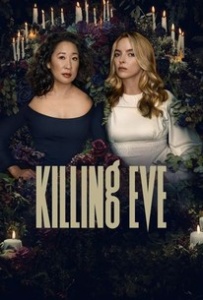