The service also claims: “The founders of DistroKid’s two biggest competitors left their companies and have given unsolicited endorsements to DistroKid. We think you’ll love it too.”

These services would seem to be a necessity in today’s all-digital realm. The music business is a mess, even industry visionary Irving Azoff would agree with that assessment I’m sure, so the new-kids-on-the-block like Distrokid will come up to play.

There’s a legacy-act, based in Philadelphia, trying to exact a deal with Distrokid, so I wanted to find out what their story was. The ensemble has spent the last several months working on a deal and still it appears to be in flux. I haven’t heard their music yet, but trust me, work on the music, the creative … the rest will follow.

Their logo is a mess too; some sort of beastly incarnation with razor-sharp teeth. If that doesn’t scream buyer-beware, I don’t know what does. 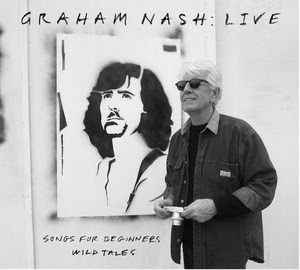 NASH LIVE — Two-time Rock & Roll Hall of Fame inductee and founding member of both the Hollies and Crosby, Stills & Nash, Graham Nash will release his new album Graham Nash: Live on May 6 via Proper Records. The record features Nash performing his first two critically acclaimed solo albums, Songs For Beginners and Wild Tales, in their entirety, recorded on tour in the Northeastern U.S. in September, 2019. Pre-order/pre-save the album at https://grahamnash.lnk.to/live.

In celebration of the forthcoming release, Nash is debuting the live version of his classic song “Military Madness;” stream/share the track here:

Nash’s career as a solo artist took flight in 1971, with these two seminal albums showcasing the depths of his abilities as a singer and songwriter. His solo debut Songs For Beginners includes the hits “Simple Man,” “Chicago/We Can Change the World” and “Military Madness,” and Wild Tales, released in 1974, features “Prison Song,” “Oh! Camil” and “You’ll Never Be the Same.” While the songs on these albums are largely autobiographical—dissecting Nash’s relationship and subsequent breakup with Joni Mitchell, recalling his 3,000-mile sea voyage with David Crosby from Florida to San Francisco by way of the Panama Canal, and remembering his parents—they also show the depth and breadth of Nash’s songwriting and storytelling, chronicling society’s frayed edges during the Vietnam era, championing the defense of free speech, calling for prison reform as well as political reform and more.

“I’ve been trying to figure out why Songs For Beginners and Wild Tales [were] so popular and I think it’s that intimacy and that immediacy of my emotions,” explains Nash. He goes on to note, “We’re supposed to learn from history and it doesn’t appear as if we’re learning much. Songs like ‘Military Madness’…is that not relevant today? The hope that we can change the world, isn’t that still relevant today? I’m very flattered that my music seems to have lasted this long, but I’m also a little upset that we have to keep singing a song like ‘Military Madness’ right up to the present. Enough already!”

In celebration of the forthcoming record, Nash is touring the U.S. throughout 2022 accompanied by longtime collaborator and This Path Tonight (Nash’s 2016 solo album) producer Shane Fontayne on guitars and vocals, and former CSN keyboard player and vocalist Todd Caldwell. Nash and friends will perform songs from his days in the Hollies through his years with Crosby, Stills & Nash and from his beloved solo recordings, weaving anecdotes and tales from his 50-year career throughout the evening. See below for a list of upcoming dates; tickets are available at grahamnash.com.

In addition to his two Rock & Roll Hall of Fame inductions (with Crosby, Stills & Nash and the Hollies), he was inducted twice into the Songwriters Hall of Fame as well—as a solo artist and with CSN—and he is also a Grammy Award winner. Towering above virtually everything that Graham Nash has accomplished in his multifaceted career stands the litany of songs that he has written and introduced to the soundtrack of the past half century. His remarkable body of work, beginning with his contributions to the Hollies catalog, continues all the way to This Path Tonight (2016), his most recent solo album.

His passionate voice has long been heard in support of peace and social and environmental justice. The No Nukes/Musicians United for Safe Energy (MUSE) concerts he organized with Jackson Browne and Bonnie Raitt in 1979 remain seminal benefit events. In September 2013, Nash released his long-awaited autobiography Wild Tales, which landed him on the New York Times Best Sellers list. In recognition for his contributions as a musician and philanthropist, Nash was appointed an Officer of the Most Excellent Order of the British Empire (OBE) by Queen Elizabeth II. While continually building his musical legacy, Nash is also an internationally renowned photographer and visual artist whose work has been shown in galleries and museums worldwide, and his photography has drawn honors including the New York Institute of Technology’s Arts & Technology Medal, an honorary Doctorate of Humane Letters, and the Hollywood Film Festival’s inaugural Hollywood Visionary Cyber Award. Most recently Nash released A Life In Focus: The Photography Of Graham Nash (via Insight Editions), in which he reflects on more than fifty years of an extraordinary life in an extensive collection of personal photographs and artistic stills.

7. Man In The Mirror

10. Chicago/We Can Change The World

July 31—The Pavilion at Point of the Bluff Vineyards—Hammondsport, NY 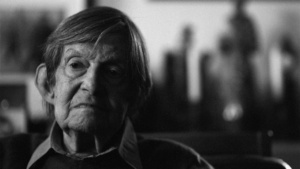 BERNARD RIP — Judd Bernard, the producer and screenwriter behind films such as “Point Blank” and “Double Trouble,” died Jan. 25 in Burbank, Calif., his family confirmed to Variety. He was 94.

Bernard was born in 1927, and grew up in Chicago. He attended University of Wisconsin, and after graduation moved to New York City to become a band leader and then a publicist. As a publicist, he worked with Billie Holiday, Stanley Kramer, Louis B. Mayer, David Selznick and Ben Hecht, among others.

Bernard would begin his career as a producer in 1967 with the Elvis Presley musical film “Double Trouble.” While working on the film as a co-producer, he met Patricia Casey, who served an assistant on the film. He and Casey married shortly afterwards and moved to London together. The two worked together as producers on multiple projects, including “The Man Who Had Power Over Woman,” “Fade In” and Bernard’s final film credit, 1989’s “Blood Red.”

Bernard’s most famous film was the 1967 crime drama “Point Blank,” which stars Lee Marvin as a career criminal attempting to pull off a robbery of a major criminal organization on Alcatraz Island. Directed by John Boorman, the film is recognized today as a classic and was selected for preservation in the National Film Registry in 2016. Bernard also produced films such as “Blue,” “Negatives” and “Enter the Ninja.” In addition to his work as a producer, Bernard also wrote the screenplays for several films, including “The Marseille Contract,” a thriller starring Michael Caine, as well as 1975’s “Inside Out” and “The Class of Miss MacMichael.”

Bernard was a long-serving member of the Academy of Motion Picture Arts & Sciences, working particularly extensively in the Academy’s foreign film committee.

Bernard is survived by his wife Casey, children Michael Bernard and Alicia Richards, and his grandchildren Tallulah, Callum, Eli and Leila. He is predeceased by his daughter Adrianna Bernard, who died in 1994.

I first met Bernard around 1984 when he was investigating Madonna and then boyfriend-John ‘Jellybean’ Benitez for a possible film project. It never got off the ground, but we remained close friends and I found him to be the quintessential LA guide. We’d go to film events together and participate in dialogues with top-flight industry pros while there. He really knew the film business inside and out.

I last saw him at a Luxe-hotel event in September of 2019. Tons of fun, RIP Judd.

SHORT TAKES — Francis Ford Coppola got his star of the Hollywood Walk of Fame Monday as the 50th Anniversary of The Godfather began, Still, a riveting epic, I simply cannot take my eyes off it when I come across … Also just watched Casino and Good Fellas again; again, just classic movies … 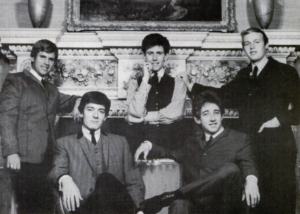 More Graham Nash news: Once his live album is out, Nash will begin working on an album with fellow-Hollie Allan Clarke. Now that should be interesting … Remember The Holllies with their 1972 “Long Cool Woman In A Black Dress” –https://www.youtube.com/watch?v=MNXDlSt9nJ8 … great song … 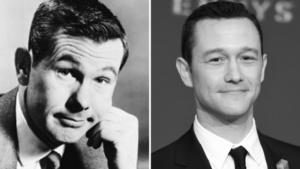 Via Deadline:  The story of one of America’s most beloved TV personalities, Johnny Carson, may finally be coming to the screen. A high-profile series, starring Joseph Gordon-Levitt as Carson, written by Deadwood creator David Milch and to be directed by Jay Roach, was recently taken out and has been heating up the premium marketplace. The project, titled King Of Late Night, is a co-production between wiip and Anonymous Content … Whatever happened to Wendy Stuart Kaplan?