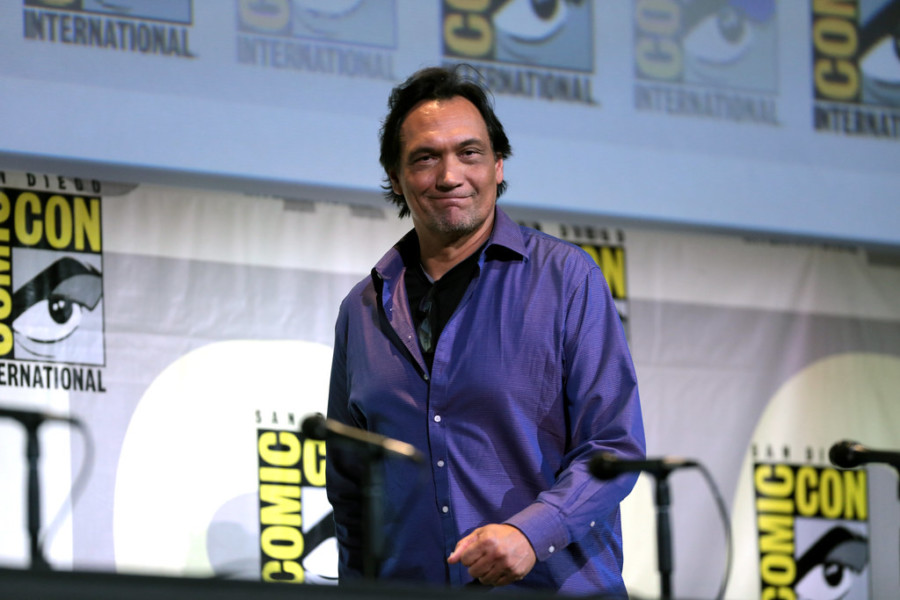 SMITS BACK ON THE FORCE — (via Deadline) NYPD Blue alum Jimmy Smits is returning to the cop drama beat, signing on as the male lead opposite Amanda Warren in the CBS hourlong pilot East New York.

Co-written by William Finkelstein and Mike Flynn and directed by Mike Robin, the project centers on Regina Haywood (Warren), the newly promoted deputy inspector of East New York, an impoverished, working-class neighborhood at the eastern edge of Brooklyn. She leads a diverse group of officers and detectives, some of whom are reluctant to deploy her creative methods of serving and protecting during the midst of social upheaval and the early seeds of gentrification.

Smits will play three-star Chief John Suarez, whose experience, commanding presence and strong moral center helps oversee the melding of communities and the precincts that serve them.

The Emmy-winning actor has a personal connection to the project. Born in Brooklyn, Smits grew up around the East New York section of the borough and went to school there. Additionally, East New York reunites Smits with Finkelstein, with whom he worked on NYPD Blue, and with Robin, who was a director-producer on the Smits-starring series, NYPD Blue and L.A. Law.

Smits, who won an Emmy for L.A. Law, recently was seen in the feature adaptation of In the Heights. His series credits also include Sons of Anarchy and Dexter.

Smits’ role in In The Heights was small, but he delivered. His last TV series Bluff City Law was pretty great too. That only lasted one season. I’m a big fan of all his work … The West Wing too. Welcome back Jimmy! 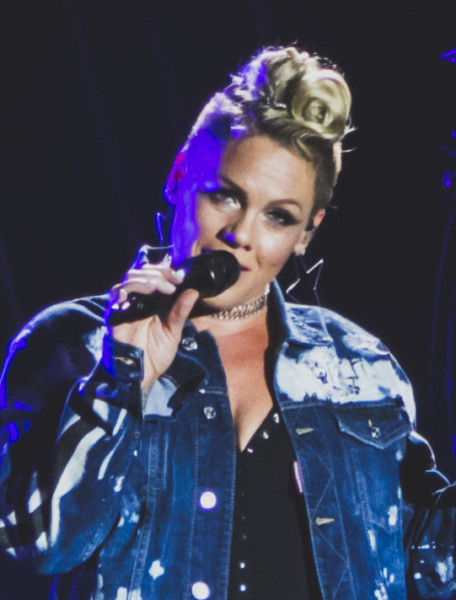 PINK’S STONE— (via Just Jared) The 42-year-old “So What” superstar called out the magazine in a series of posts on Instagram on Saturday (April 3).

After the outlet posted their ranking of the top Grammy’s performances of all time on Instagram (in which she is not featured), she commented with her thoughts.

“Bahahahaha you guys have been irrelevant since 1990,” she wrote.

“This is the magazine that used to feature people like John Lennon and Muddy Waters. Hunter S Thompson wrote political pieces- they put Tina Turner on their cover. Then they sold out and all credibility went to shit when ‘style over substance’ and ‘revenue over authenticity’ went into play,” she continued.

That’s when Snooki became acceptable coverage. Give me a f–king break. Do your homework. You don’t have to like me or my music or anything about me- and believe me I could give a s–t- but this is the biggest sellout in f–king history when it comes to a publication we all once trusted,” she went on. 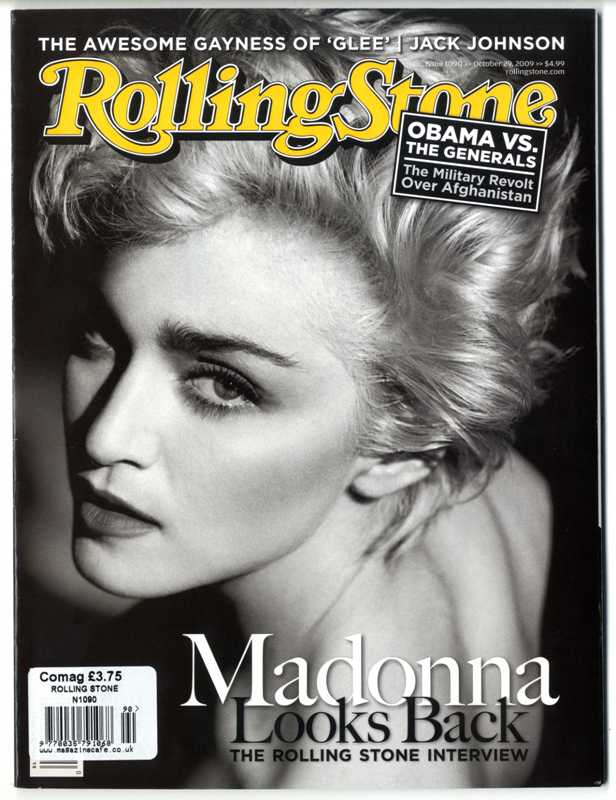 “F–k rolling stone. And I’ve felt that way for decades as so many of my favorite artists and my peers have. This isn’t just about their horrendous opinion of ‘rating Grammy performances’. It’s decades of wasting Trees and people’s time.”

You know … she kind of has a point. New-owner Jay Penske has wanted to make Stone a gigantic-consumer magazine … he’s still got a long way to go. I’d been getting the magazine since it first started and stopped last year. Haven’t missed it at all.

SHORT TAKES – Best Oscar quip of the week comes from Bill Maher: Who would have thought the most talked about movie at the Oscars would be GI Jane? … Micky Dolenz opens his tour this Tuesday, April 5, at Nashville’s Ryman Auditorium. Check out this interview on Nashville’s Fox 17 via Eric Dahl’s Rock & Review segment:

… MusiCares honored Joni Mitchell Friday night in Las Vegas. Check out story from Deadline: https://deadline.com/2022/04/joni-mitchell-person-of-year-musicares-gala-2022-1234992969/ …Harry Styles’ new single “As I Am” sounds a tad like a-ha’s immortal “Take On Me” from 1984. I would have thought that after his brilliant “Watermelon Sugar” he would have come up with something a bit stronger. No matter, the song released Friday made history’s becoming Spotify’s biggest one-day stream ever. Take a look at a-ha’s brilliant video – still a classic: https://www.youtube.com/watch?v=djV11Xbc914 … The Drew Barrymore Show has been renewed for Season 3, airing through 2022-23 with a new format: The syndicated talker will be produced as two half-hour episodes that can run together or be split apart to air separately, CBS Media Ventures, which produces and distributes the show, announced on Friday. “I am honored and grateful, but I also want to take this show higher and continue to innovate and be a game changer in the daytime space,” Barrymore said in a statement. “Rising to the occasion of finding people in the diverse way they watch is what I want to challenge myself with. Our show wants to be a bright spot, not a blind spot, and we just want to make people feel good. And I thank all the people who helped us get here.” … 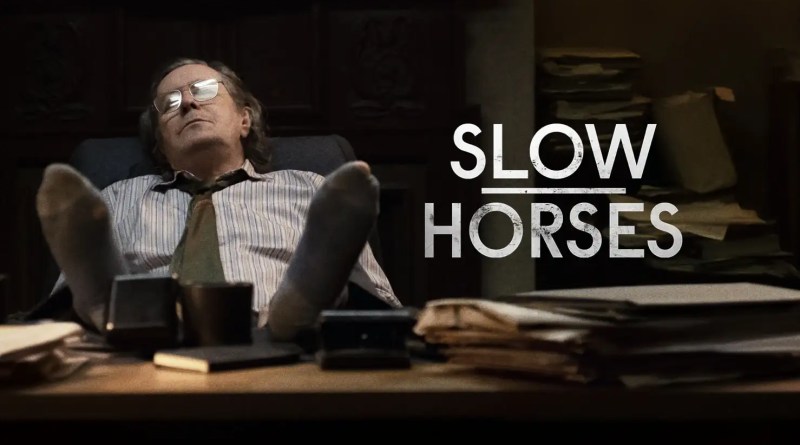 Apple TV’s Slow Horses, based on the book by Mick Herron, about underachieving MI5 spies is a slow-burn, but delicious epic. Only six-episodes, it takes a minute or two to get going, but Oldman is utterly fantastic and the theme song by Mick Jagger ain’t bad either. 4 stars … Caitlyn Jenner has been signed by Fox as a commentator. Interesting for sure. She certainly has the the skills … 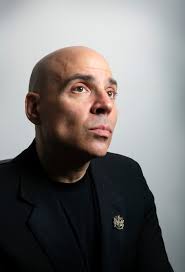 Interesting segment of NBC’s Willie Geistyesterday on music-impresario Merc Mercuriadis who through his company Hipgnosis has purchased dozens of song catalogs. The interview looked like it was conducted in his home where he was surrounded by dozens of classic albums and his underlings. His company Hipgnosis, and, yes the name originated from the great graphics company of the 60’s and 70’s, is making an impressive move for sure, and saving the copyrights and awareness of classic hit songs. The main example was Blondie’s “Heart Of Glass” which Miley Cyrus has re-recorded and increased its awareness ten-fold. Interesting guy for sure, although his work with such artists as Elton John (as manager) sort of floundered. Is he the new savior of the business or another Robert Sillerman? I wished Harry Smith (who interviewed Merc) would have elaborated on the reasons why so many classic-artists are selling. That part of the story needs to be told I believe. Honestly, Merc seems like fanboy, but a fanmboy doing good work  … 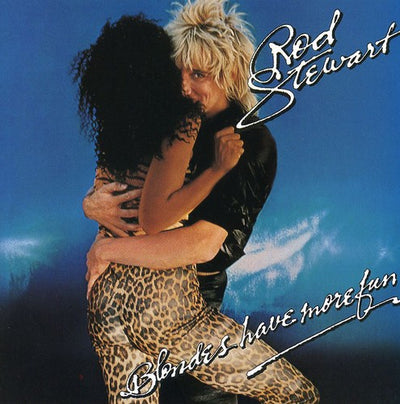 Believe it or not, the Mercuriadis interview started with him holding a copy of Rod Stewart’s 1978 album Blondes Have More Fun and him referencing Carmine Appice; his drummer at the time. I kid you not … Old-pirate Dave Mason is down with some sort of viral ailment. Just as his tour finally resumed Get well soon Mr. Mason … RIP Estelle Getty and Patrick Demarchelier.