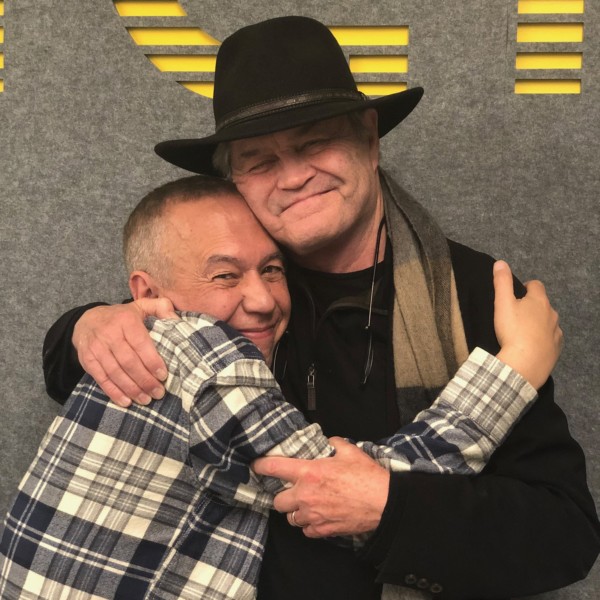 GILBERT GOTTFRIED RIP — I first met Gilbert Gottfried at a charity-event at NYC’s Palm West restaurant (at their Celebrity Server event; where the celebs served as waiters). He couldn’t have been nicer or funnier. The Palm’s pr-man David Salidor introduced us and we talked for quite a bit. He sided up to Micky Dolenz and Tony Danza, also on hand, and they all began a huge friendship that would last for years. Danza was in a movie with Dolenz’s daughter Ami years back.

I even got to know his wife Dara who invited me to a fabulous birthday event at Steve Walter’s Cutting Room two years back. Interestingly enough, it was one of the last events everyone would go to before the shut-in.
Gutted for sure by what’s happened,. He was a most funny man. The attached photo, from Salidor,  was at Gottfried’s podcast studio where Dolenz appeared several times. Condolences also to the podcast’s producer Frank Santopadre, a most gracious man.
RIP Gilbert. Here’s the official report from via TV Line: https://tvline.com/2022/04/12/gilbert-gottfried-dead-comedian-voice-actor-dies-67/ 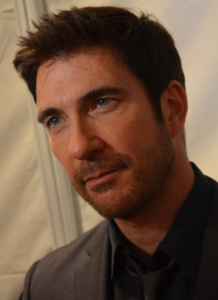 DYLAN McDERMOTT FBI MOST WANTED  — Tuesday’s FBI: Most Wanted didn’t waste any time introducing Dylan McDermott as Remy Scott; the new team leader. He soldiered onto buy some pastries, then  to an apartment he seemingly already had in NYC (plus an Alfa Romeo in storage). From there it was meeting his team and they were off.

Remy Scott is a lot edgier than Julian McMahon and sort of fit it right away. I’m a big fan of McDermott and he just did a stellar job. It was noted that McMahon’s character would form a profile and then go from there; whereas Scott, whose brother was lost by police years ago, has a definitive motive and a reason for being an FBI-agent.
After js turn on Law & Order: Organized Crime -where he played a baddie- I think he was tremendous in this new role.
The somewhat convoluted script had the team investigating a church and a bad-pastor and when Scott shook his hand, he didn’t let go right away. In that moment, he nailed the character. It was a powerful scene for sure.
A most impressive debut. Stay tuned for more.
SHORT TAKES — Micky Dolenz was interviewed by Forbes.com Tuesday and had a quick portrait done by their photographer Wednesday night in Chicago. We’ll have the interview for you shortly … The big news Tuesday was that the estate of George Harrison is negotiating to possibly introduce a new brand of cannabis called All Things Must Grass. A little too crass if you ask me. Seems to me, this is more of a PR-stunt by the cannabis company. Shame on them.  What’s next: a Paul McCartney-brand called Let Me Roll it To You? Here’s the story: George Harrison estate teams up with cannabis maker to sell weed (nypost.com) 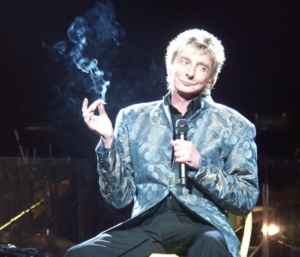 Barry Manilow missed his premiere night for his play Wednesday Harmony due to a COVID- diagnosis. Here’s the review from the New York Post: https://nypost.com/2022/04/13/harmony-review-barry-manilows-musical-has-flaws-but-stellar-singing/ 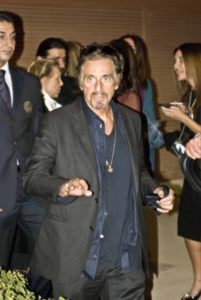 81-years young Al Pacino dating 28-year old Noor Alfallah, who has been with Mick Jagger for years? God bless him. I hope she can keep up with him … Speaking of Palm West; is their former-amiable GM Chris Gilman returning? We hear he may end up at the East Hampton branch of the glittery-eatery. Stay tuned … And, I’m based in NYC and since this week’s tragic shooting, I’ve yet to see the police on a subway or in the subway station. I actually got off the subway last night, walked to the street and saw two cops sitting in their car. What does that do? Believe me, everyone here is on the edge.