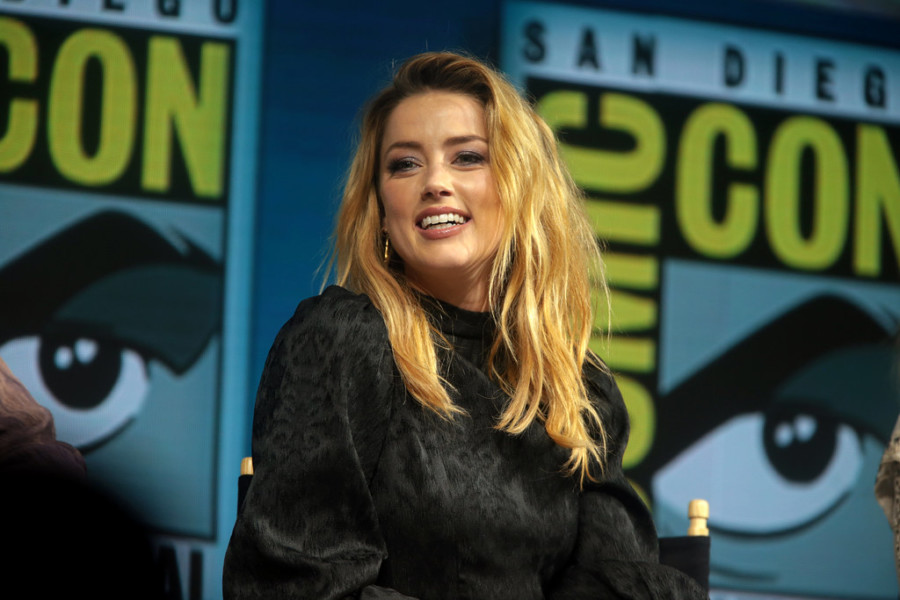 HEARD SWITCHING TEAMS — (Via New York Post) Amber Heard is so upset over the coverage she’s been getting in her court battle with Johnny Depp that she abruptly switched to a new PR team ahead of her highly anticipated testimony this week, The Post has learned.

The “Aquaman” actress ditched crisis PR firm Precision Strategies on Thursday after getting frustrated with the press she’s received since her bombshell defamation trial kicked off last month, sources said.

Another source said Heard, 36, is “frustrated with her story not being told effectively.”

Depp, 58, is suing Heard for $50 million, claiming his ex-wife defamed him in a 2018 op-ed in the Washington Post where she discussed being a victim of domestic violence.

The actress — who is expected to take the stand in Fairfax, Va., as soon as Tuesday — now has consulting firm Shane Communications on retainer to help her get across her side better in the court of public opinion, sources said.

The sudden PR switch came after several brutal days of court testimony from Depp witnesses and a fiery social-media mob that turned against Heard.

Her new PR team, led by CEO David Shane, has worked against Depp before.

The firm helped highlight allegations lodged by Depp’s former business managers, The Management Group, alleging that the “Pirates of the Caribbean” star needed to hire a shrink for his “compulsive spending” habit of $2 million per month.

Still, communications experts told The Post that Heard’s new flacks have an uphill battle ahead of them.

“After years of narrative building, you can’t change the public’s opinion in the three weeks when someone is suing you in a case,” said a crisis management PR insider.

Ex-Pete Buttigieg campaign maven Lis Smith said, “It’s crazy to change teams in the middle of a trial like this because you don’t like the headlines.”

She said Heard’s former PR firm, Precision Strategies, which was co-founded by ex-Obama adviser and deputy campaign manager Stephanie Cutter, is “one of the best crisis firms” — “but they can’t rewrite the history of what’s happened.”

The actress never wanted cameras in the courtroom in the first place, but Depp’s team won the fight to have the entirety of the trial testimony livestreamed, meaning neither team could cherry-pick what information made its way out of the courtroom.

To date, the trial has featured photos of feces, severed digits and melted ice cream — as well as a discussion about Depp’s penis.

Interest in the sensational case has  led to the courthouse in Virginia turning into a circus, with scores of Depp fans — some of whom have traveled from as far as Australia — packing the gallery.

Precision Strategies, Shane Communications and reps for Depp declined to comment to The Post on Heard’s PR switch.

The actor was not named in the Washington Post essay at the center of the Virginia trial, but he claims it clearly referenced him and ruined his career, damaged his reputation and cost him tens of millions of dollars.

Depp, who has denied the abuse allegations, told the jury he brought the suit to clear his name.

Heard’s lawyers claim that his denials are not credible because he was often too drunk or high to recall what happened.

Depp lost a similar lawsuit in the UK against the Sun over an article that called him a “wife beater.”

With the firing of Disney’s Geoff Morrell last week, it seems like it’s open season on PR-people! We asked PR-maven David Salidor for his take: “Crisis PR is a double-edged sword; if things go according to your plan, it’s a win-win. If it doesn’t, and there’s really no sure-fire way to predict, you’re going to be out. I’ve followed this trial somewhat and it’s a mess from start to finish, but for Heard to change her team literally a week before she’s on the stand evidences some real fears. Depp’s PR-people are probably celebrating already. I think the one take away from this whole trial is how both careers have  been irrevocably damaged. It’s tragic all around.”

BIG MAL  — (Via Forgotten Hits) Mal Evans, longtime roadie and companion of The Fab Four kept diaries of all their comings and goings … which are now going to be released in book form!  (Talk about a unique, fly on the wall perspective!!!)  Mal was their sidekick and confidant throughout Beatlemania, serving as both roadie and road manager beginning in 1963 and carrying on right up thru the Apple Records years, working as their personal assistant.  (He even produced Badfinger’s “No Matter What” single for the label!)  He remained close with the Fabs right up until his untimely death in 1976 when he was shot dead by California Police after pointing a rifle at them (reportedly while on Valium and confused) 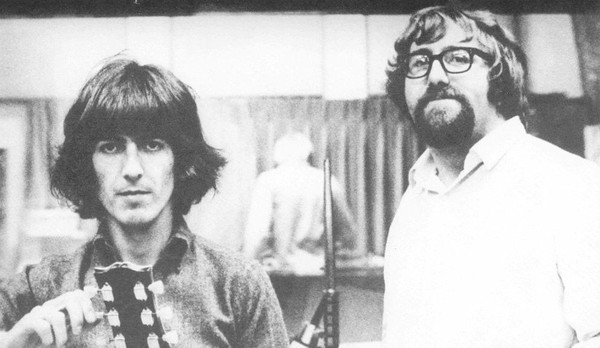 Noise 11 is reporting that the estate of Mal Evans has teamed with Beatles scholar Kenneth Womack, PhD, to publish the biography of Mal Evans sourced from his diaries, manuscripts and photographs.

Mal Evans diaries were discovered in a publisher’s basement in New York in 1986 and returned to his family.  The Estate of Mal Evans has now teamed up with Beatles scholar Kenneth Womack, PhD, to see these memoirs published.  (Under the HarperCollins Dey Street Books banner, Womack is expected to develop the diaries into two volumes for release in 2023 and 2024.

(Womack has already authored other books on The Beatles, including “Solid State: The Story of Abbey Road” and the “End of the Beatles and John Lennon, 1980: The Last Days in the Life.”)

“What I’ve discovered in this archive is more than I could have ever truly imagined,” says Womack. “I am honored and thrilled to present this biography and accompanying materials with the historical integrity that they deserve.”

I’ve often wondered what happened to these so-called diaries from Evans and even if it was just a rumor. Mal was much more than a roadie – I believe he was a bouncer at the Cavern Club where he meet the future Fab Four. His death was a major blow to Beatle-aficionados everywhere. Sure, he was addled when he was shot, but the rifle he waved at police was an air rifle. 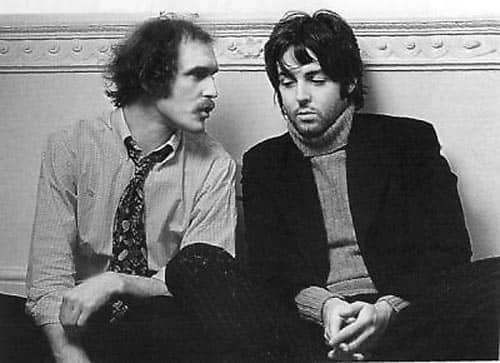 The other main “roadie” was Neil Aspinall who eventually rose to running Apple and continued too right up until his death in 2008. Their stories would make for a great read. I’ll be most curious to see this happen. 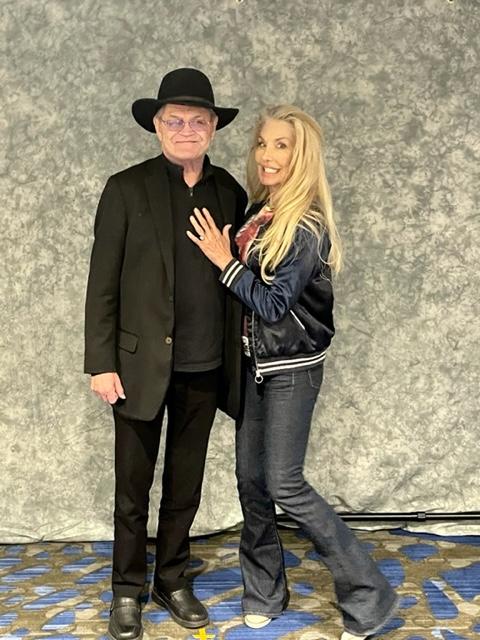 SHORT TAKES — Great piece from The Aquarian’s Mike Greenblatt on Micky Dolenz in advance of his upcoming date at the Count Basie Center (5-12) in Red Bank, NJ. Check it out: https://www.theaquarian.com/2022/05/02/rant-n-roll-last-monkee-standing/ … Speaking of Dolenz, he and Christopher Lloyd (Back To The Future) were the big hits at last weekend’s Chiller Theatre in New Jersey. Our spy JR said that both stars had lines literally out the door. here’s Dolenz with TV’s Heather Thomas: The Fall Guy, remember? Congrats! … Last column we erred on referencing Dawn Wells at Chiller Theatre last weekend. Apologies all around … Robert Miller, apparently on-leave from his terrific Project Grand Slam aggregation had bassist Chuck Rainey on his podcast. Now, that’s a great guest … 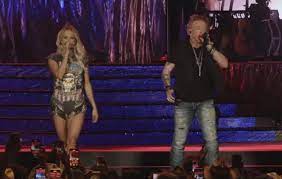 Got to hand it to Carrie Underwood, who brought on of all people, Axl Rose, to sing “Sweet Child o’ Mine” at her Stagecoach appearance this past weekend. It was great to see Axl, looking years younger and a lot like Mike Myers! He sounded great, though he didn’t have the voice he had when Gun ‘n Roses began eons ago. Apparently Underwood’s a huge fan and has also been performing “Paradise City.” Go Carrie! … Keith Girard’s brilliant New York Independent infotainment-zine interviews Jazzheads prexy Randy Klein. We’ll have it for you shortly here too … Walked by one of my favorite spots last week, NYC’s Bowery Electric, still there and surviving. Good deal … Showbiz 411’s Roger Friedman posited whether the after-party for this week’s Met Gala would be at Mt. Sinai. Great line. Bravo Roger! … 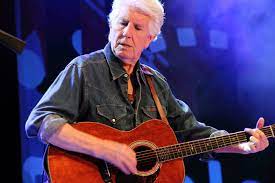 The Guardian in the UK has an absolutely riveting interview with one of my big favorites, Graham Nash. Just utterly brilliant. Check it out here: https://www.theguardian.com/music/2022/may/03/graham-nash-on-families-joni-mitchell-and-toxic-masculinity-if-you-could-kill-putin-would-you-i-would … RIP photographer Ron Gallela: probably the first and last of his kind. These days with outlets like TMZ, he would have been a king. I got to know him over the years and he was a gentle-soul for sure. When today’s stars show up an event, they want every photographer there. Gallela- a stone-cold classic for sure … Hard to believe there are only 3 episodes left of NBC’s This Is Us. What a show; and they’re finishing up stronger than ever… Happy Cinco de Mayo!