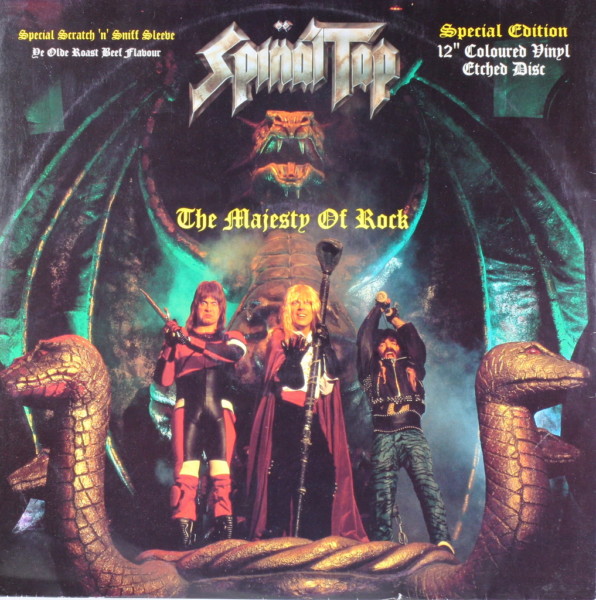 TAP THIS — (Via Deadline) After relaunching its film division last October, Castle Rock Entertainment has set a first project out of the gate that will have a familiar ring. It’s Spinal Tap II, a sequel to the fabled rock mockumentary that set the film company on a run of hits, many of them directed by Rob Reiner. He made his directorial debut on the 1984 cult classic This Is Spinal Tap. 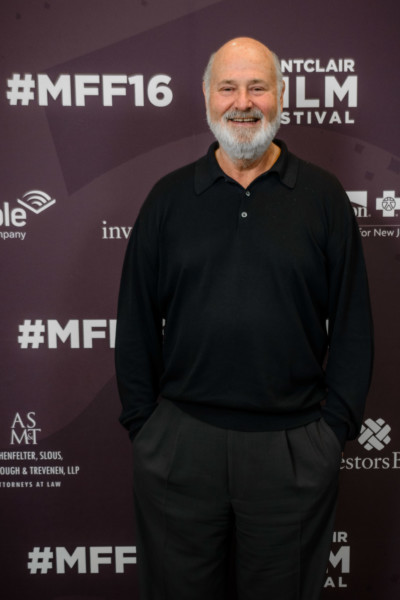 The film was released to critical acclaim in 1984. In 2002, it was deemed “culturally, historically, and aesthetically significant” by the Library of Congress, and was selected for preservation by the National Film Registry.

Guest, McKean, Reiner, and Shearer will conceive the new film.

Deadline caught up with Reiner, and here is how he described the ambition: “The plan is to do a sequel that comes out on the 40th anniversary of the original film and I can tell you hardly a day goes by without someone saying, why don’t you do another one? For so many years, we said, ‘nah.’ It wasn’t until we came up with the right idea how to do this. You don’t want to just do it, to do it. You want to honor the first one and push it a little further with the story.”

The three members, who wrote the music and lyrics — some with Reiner — for standards like “Smell the Glove,”  “Hell Hole, Big Bottom” and  “Lick My Love Pump,” have in the past toured as the band, though not recently.

“They’ve played Albert Hall, played Wembley Stadium, all over the country and in Europe,” Reiner said. “They haven’t spent any time together recently, and that became the premise. The idea was that Ian Faith, who was their manager, he passed away. In reality, Tony Hendra passed away. Ian’s widow inherited a contract that said Spinal Tap owed them one more concert. She was basically going to sue them if they didn’t. All these years and a lot of bad blood we’ll get into and they’re thrown back together and forced to deal with each other and play this concert.”

The original was filled with rising talent, and there is a good chance that band members who watch the film over and over might find their way into the sequel.

“Hopefully there will be some guest artists,’ Reiner said. “The thing I’ve heard from so many bands and we’re talking about possibly doing a couple books, but one will be Tap Moments that real bands have had. Like in the movie, they get stoned and can’t find the stage, that happened to Tom Petty and the Heartbreakers. When Nigel is frustrated by the little bread in the catering that won’t hold the cold cuts, that last one was taken from a Rolling Stone article about a tour Van Halen had when, in their rider, they didn’t want brown M&Ms. We had an original keyboard player, Jonathan Sinclair, who when he was with the band Uriah Heep, visited us and said they’d been book into a military base, and we put that in, too. When I met with Sting years ago, he said, I’ve seen that movie 50 times and every time I watch it I don’t know whether to laugh or cry. Because it’s so much what happens. With all of that, we’ve had a lot of bands share their experiences and so hopefully we’ll include some of that in the film.”

Reiner’s back onscreen as the director who filmed the band in the original.

“I’m back playing Marty DiBergi,” he said. “The band was upset with the first film. They thought I did a hatchet job and this is a chance to redeem myself. I am such a big fan and I felt bad they didn’t like what they saw in the first film. When I heard they might get back together, I was a visiting adjunct teacher’s helper at the Ed Wood School of Cinematic Arts. I drop everything to document this final concert.”

The film will be released March, 19 2024, and chances are initial audiences will have an easier time understanding the rhythms, than they did the first time around.

“You have no idea what’s going to happen and the first time we screened in Dallas, they didn’t know what the hell it was,” Reiner said. “People came up to me and said, I don’t understand why would you make a movie about a band no one has heard of and is so bad. Why would you do it? I said, it’s satire and I would explain, but it took awhile for people to catch up to it. Now, it’s in the National Film Registry,” said Reiner, who relaunched Castle Rock with a $175 million film fund.

I’ve always viewed this film as a good one … but, not a great one. Sure, there are some terrifically funny moments (Paul Shaffer’s Artie Fufkin, great cameos from Danny Korchmar, Billy Crystal, Russ Kunkel, and of course, Fran Drescher’s Bobbi Fleckman), but as a whole, I just didn’t get it. But never count out Rob Reiner. Stay tuned. 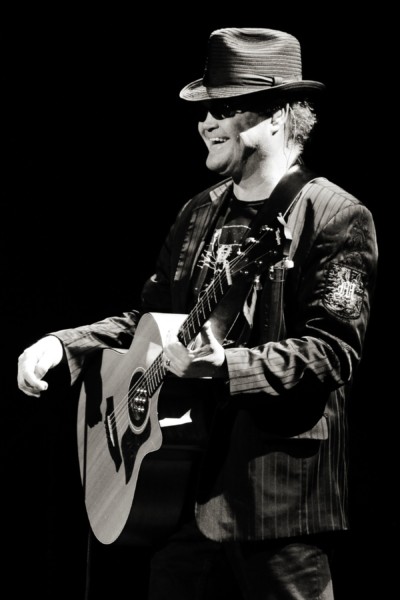 DOLENZ REIGNS SUPREME IN RED BANK — I attended Micky Dolenz’s show Thursday night at Red Bank’s Count Basie Center and was terrifically impressed at the presentation. We’ve caught Dolenz many times over the years, including several re-unions with the other Monkees-members, but as a solo act., Dolenz is just totally impressive.

With a crackerjack band, led by guitarist Wayne Avers, his 70-minute set was totally propulsive and enjoyable. Kudos also to drummer Rich Dart and bassist John Billings for their stellar work.

Dolenz has added The Beatles’ “Sgt. Pepper’s Lonely Hearts Club” to his repertoire and it just cooks with an addictive power. Truth be told, Dolenz is a rocker first and foremost and with this number, you can tell exactly where his heart is at. “Gimme Some Lovin’” is also an impressive number.

His album last year Dolenz Sings Nesmith was a worldwide hit and appeared on several significant year-end lists. He said at the time that there could well be a follow-up album with songs by Neil Diamond, but I’d love to hear him perform a batch of rock-classics, starting with “Pepper.”

Several years back, an article in the Huffington Post compared his voice to a healthy mix of Freddie Mercury and Roy Orbison. Totally on the mark.

I attended one of the last shows Dolenz did with Michael Nesmith, at NYC’s Town Hall last year and even though there was a great video presentation, I did not get the full impact until tonight’s show. With much of it culled from Dolenz’s own personal collection, the behind-the-scenes moments, as well as material from other concerts, it just splendid.

Much has been made of Paul McCartney on his current tour singing “I’ve Got A Feeling” with a video of John Lennon, but Dolenz has been been doing this for quite sometime; singing with Davy Jones  in particular, and the reaction from the sold-out crowd was terrifically impressive. From 8 to 80, his fan base is totally impressive.

His last number, “Daydream Believer” had Dolenz turning to the video screen as the song ended and saluting his Monkee-brothers. Class personified.

Dolenz will be appearing at NYC’s Palladium on June 3. Don’t miss it.

SHORT TAKES — Micky Dolenz and his band post-show, with wife Donna; PR-pasha David Salidor; and Jodi Ritzen, dined at Red Bank’s Triumph Brewery … (Via Deadline) Rock & Roll Hall of Famer Laura Nyro, one of the most revered singer-songwriters of the 20thcentury, will be the subject of an upcoming documentary from Vistas Media Capital. Ben Waisbren (300, The Equalizer, Blood Diamond) and music producer Bonnie Greenberg (RBG) will produce the documentary about a talent who burst onto the scene in the late 1960s. Nyro made a breakthrough performance at the 1967 Monterey Pop Festival at the age of 19, possessing a multi-octave voice that could move easily through folk, jazz, soul and blues … So what did you think of James Cameron’s trailer for his (after 13 years) trailer for Avatar 2: The Way of  Water? I mean, graphically and conceptually, its great … but, it reminds me of the first one a tad too much. Here’s the trailer in case you missed it 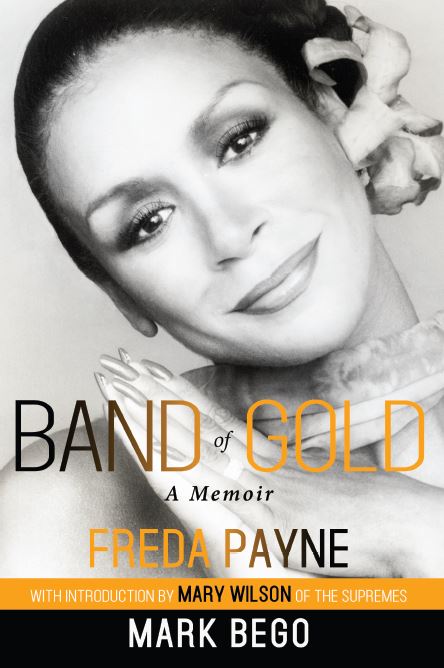 “Band Of Gold” songstress Freda Payne appears this week at the Arcada Theater in Chicago. Plans were afoot to sell her book (written with Mark Bego) but apparently someone forgot to alert the book company, Yorkshire. 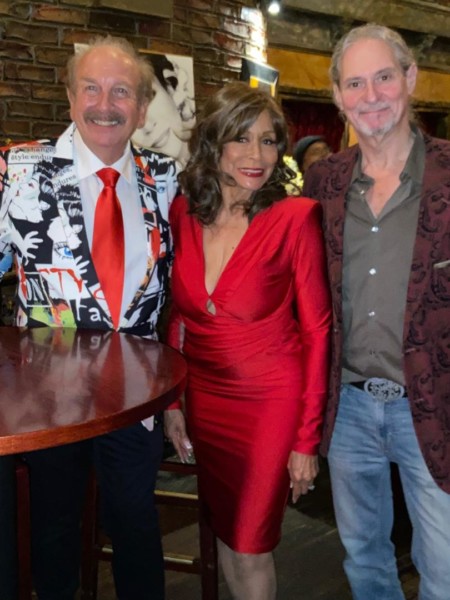 Will the books be there? We’ll let you know what happens … 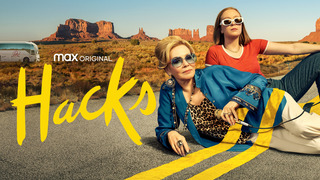 Watched the first two episodes of Hacks on HBO Max and they were good, if a bit rocky. Jean Smart though, is just miraculous. If you haven’t watched this show yet, you are indeed missing something very special … Some exclusive news coming from England’s 7a Records. Stay tuned … RIP Fred Ward and Happy Bday Jane Blunkell and Nancy Lee Andrews.