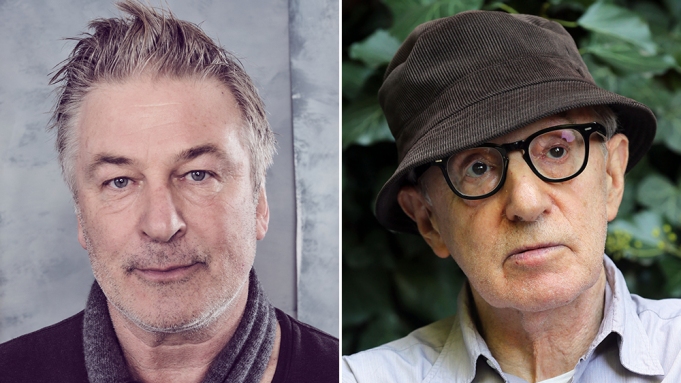 BALDWIN AND THE WOODMAN — (Via Deadline) Alec Baldwin, no stranger to controversy, doesn’t seem to have a problem courting those on the fringe of public opinion. Baldwin announced that embattled director Woody Allen is coming onto his Instagram account for a live interview this Tuesday at 10:30 AM EST. “This coming Tuesday. The 28th. I’m going to be doing an Instagram Live with,” Baldwin trails offs, displays the cover and back of Allen’s recent book of short humor, then whispers into camera, “Woody Allen. “Who I love. I love you, Woody,” Baldwin continues.

Allen was recently the subject of an HBO documentary by Kirby Dick and Amy Ziering titled, Allen v. Farrow, which explored the sexual abuse allegations against Allen made by his adopted daughter Dylan Farrow.

Baldwin seems to brush off any preoccupation with Allen’s reputation noting in his caption that he has “ZERO INTEREST in anyone’s judgments and sanctimonious posts here,” and “COULD NOT CARE LESS about anyone else’s speculation.”

“If you believe that a trial should be conducted by way of an HBO documentary, that’s your issue,” Baldwin continues.

Love Baldwin or not, you’ve got to admire –I think- his machinations. From one controversy to another, you’ve got to keep moving. As one marquee-name has told me over the years: it’s harder to hit a moving target.

As you can imagine, there are factions on both sides of this. Me? I can’t wait to listen to it.

JUST IN — The program aired right after we went to press … I did hear some it and the major take-away is that Allen said he’ll just do two or three more films, then call it a day. He said, with the theater crowd downsized somewhat, the thrill just isn’t the the same. A thought we can all sympathize with. More next column. 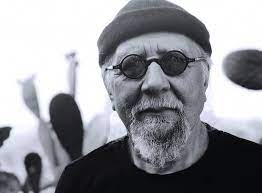 Lloyd at 84 has recorded some absolutely magnifient albums for ECM Records and his current label Blue Note. I first saw him years back at the legendary My Father’s Place in Roslyn, Long Island and have remained a huge fan. 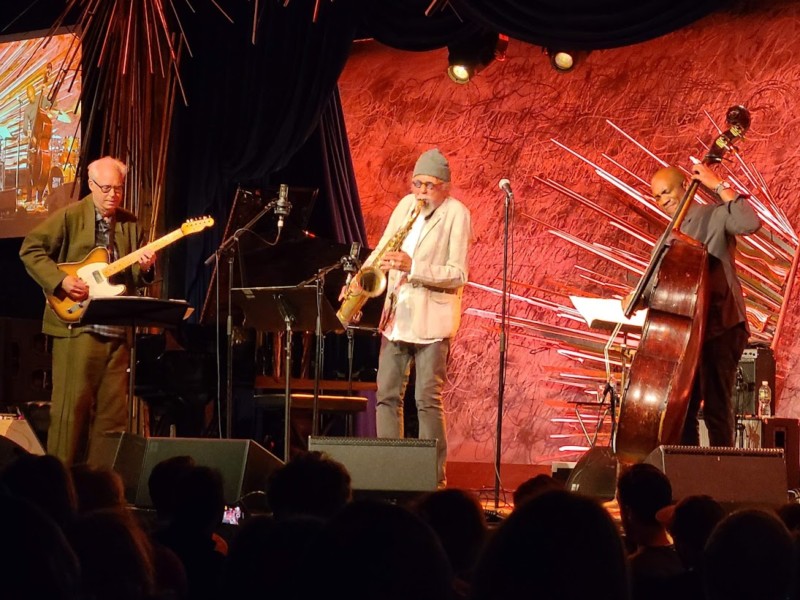 SONY Hall was SRO (and on a Sunday) and the crowd loved his every move. I have to say that his band was just outstanding too; especially the bassist whose name I did not catch. Just amazing and even-more so, as he was a last-minute addition. Frisell was just outstanding as well … as he always is.

Regrettably, jazz remains a a terribly under-served genre. Fans of jazz are terrifically loyal. Its a pure art form, make no mistake. 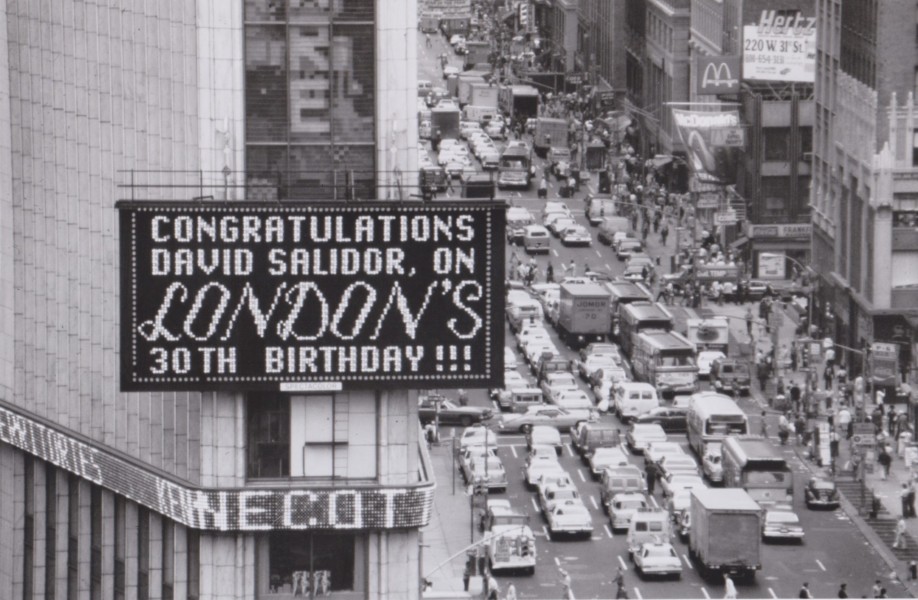 SHORT TAKES — PR-pasha David Salidor walking to SONY Hall in midtown reports: “As I walked towards SONY Hall last night, I saw they were tearing down the building where Spectacolor used to be in the heart of Times Square – remember them? I took another look at this shot from back in the day! Great memories of London Records and of those much-missed days!” My first office was in the area and that building was a landmark. David sent us a Spectacolor memory … 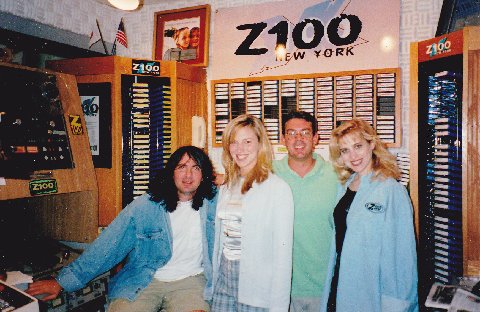 Debbie Gibson finished up her first tour in years over the weekend. We only saw that terrific review from the Houston Press, but we hear it was a success. Congrats … Would love to hear how rock-legend Dave Mason was at Stephen Talkhouse last week in Amagansett 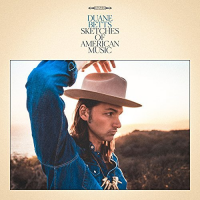 Apparently the Allman-Betts Band is no more as both artists have gone out on separate tours. I don’t know about Allman, but Duane Betts, though amazingly talented, had a less-than-talented manager who steered him in the wrong direction. Hopefully on his own he’ll shine. His debut solo album, Sketches of American Music from 2018, was a stone-cold smash 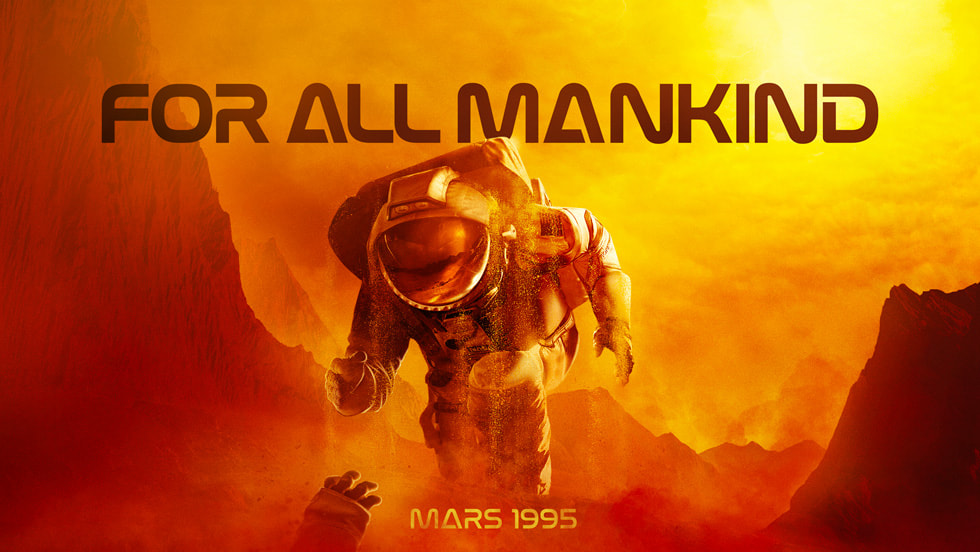 For All Mankind on Apple + remains a terrifically thought-out and acted show. We’ve loved their three episodes so far this season; the action moves quickly -with President Gary Hart and all- but sustains a terrific sense of shock and awe. Put together by sci-fi guru Ronald D. Moore, I am loving this season … Jeff Daniels’ American Rust (based on the Philipp Meyer book) which ended very abruptly will indeed be back for a Season 2 on Hulu and Jeff Bridge’s The Old Man got picked up for a season 2 on FX as well … CAA formally acquired ICM this week. Talk about Hollywood downsizing … Paul McCartney’s weekend concert at Glastonbury in the UK was terrific. Take a  look at this review from The Guardian: Paul McCartney’s Glastonbury show hailed as ‘phenomenal’ | Glastonbury 2022 | The Guardian … Newscaster Alex Wagner will be the permanent replacement for MSNBC’s Rachel Maddow, who goes to a one-week show momentarily. Yes, Maddow inked a huge new contract recently and will be appearing less on her self-titled show while producing other projects for the network … From The Knitting Factory Brooklyn: To our BK friends and family – we are saddened to announce that our time in Williamsburg is coming to an end. We will be closing our doors for the last time on August 21st. The past 13 years have been incredible, and we could not be more proud of our stay on Metropolitan Ave. We are going to miss the live music and comedy that graced the stage more than we can say. But it is time for the Knit to (once again) reinvent itself. Thank you for welcoming us into your community way back in September 2009 (Les Savy Fav was our first show!) and for your unwavering support over the years, especially the last 24 months. But we couldn’t have done any of it without our wildly talented crew, both past and present. Thanks for sticking it out with us. Stay tuned for what’s to come and some final show announcements. In the meantime, come say goodbye and catch a show while you can. Don’t fret, you’ll see us again in the coming months-Knitting Factory … And, we watched the first two episodes of Hulu’s Only Murders In The Building (Season 2) and they were even funnier than the previous ones. Just brilliant. Steve Martin is a genius!