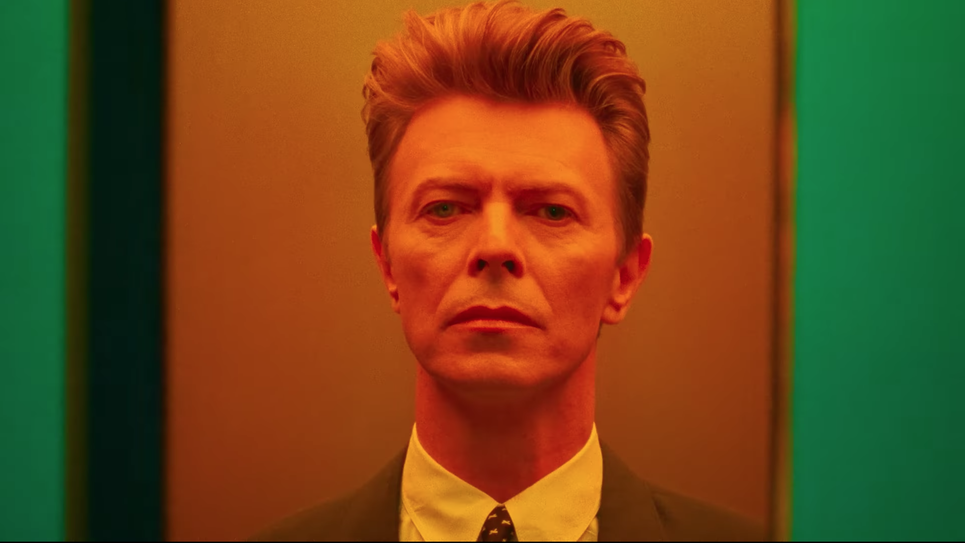 G. H. HARDING
MOONAGE DAYDREAM — The big news of he week was the trailer for the forthcoming documentary on David Bowie, called Moonage Daydream from director Brett Morgan. As I’ve said several times before, I am a huge Bowie-fan and the trailer is simply mesmerizing.
Morgen is known for his documentaries on famous subjects, including his film on Nirvana frontman Kurt Cobain, Cobain: Montage of Heck. He also directed The Kid Stays in the Picture and Jane. This new film will be an immersive experience, and in addition to its theatrical release, the film will also be available to view in select IMAX theaters.
Pulling a doc together on Bowie’s life must have been a herculean talks: there’s the Ziggy Stardust-years; Aladdin Sane; the Philly-soul years; the Thin White Duke; Pin Ups; the Nile Rodgers-album; Tin Machine;Scary Monsters; Low; Black Tie White Noise; and his final album – which I have finally come to really adore – Blackstar. It must have been an exhausting process … but again from the trailer, it’s all there.
Bowie-producer Tony Visconti had a hand in not only the music, but in the narrative as well.
Due in September, I’m expecting big things from this.
https://i.kinja-img.com/gawker-media/image/upload/c_fit,f_auto,g_center,pg_1,q_60,w_965/af381b42d6ac1d849139ca629fbf10d0.png 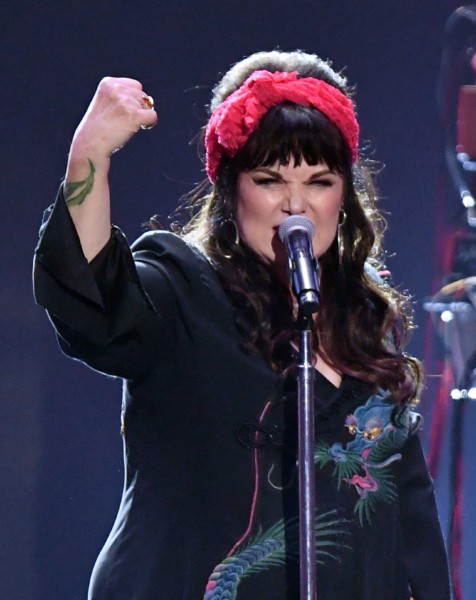 WILSON’S HEART — One half of Heart, Ann Wilson, delivered a simply sensational show this week at NYC’s Sony Hall. With a three-piece band, named the Awesome Dawgs, her 90-minute set was just monumental.

Heart’s “Even It Up” and “Barracuda” were eaten up by the SRO crowd, but her songs from the new album Fierce Bliss were terrific too; especially Jeff Buckley’s “Forget Her” and “Greed.” Guitarist and co-producer of the album Tony Bukovac was outstanding.
A definite highlight was her take on The Who’s “Love. Reign O’er Me” which was simply terrific.She also did a version of Robin Trower’s “:Bridge of Sighs,” that was great, although she kept referring to it as a great blues song. Truth be told, I listened to that song in college at least a thousand times and never ever thought of it as a blues song.
I’m sorry she didn’t do her take on the Eurythmics  “Missionary Man,” which I thought was a standout on the new album. She ended her song with Led Zeppelin’s “Going To California” which was just dazzling.
At 72, she’s powerhouse. Great show. 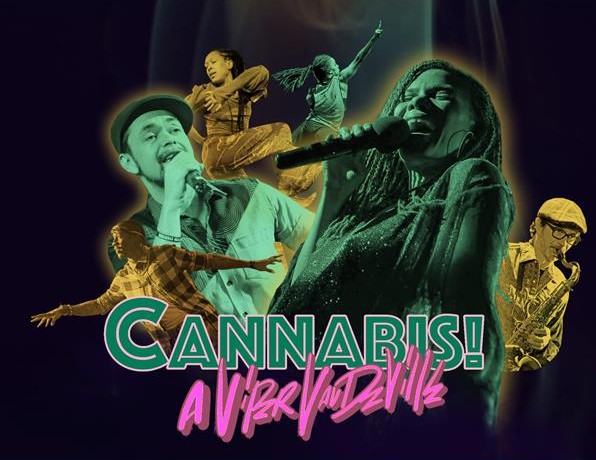 SHORT TAKES — Rave review of Cannabis! A Viper Vaudeveille (at LaMama in NYC) in the New York Times. I missed this series of performances but it made me remember that back in March, China Club-co-creator Danny Fried announced his forthcoming presentation Sweet Mary Jane. 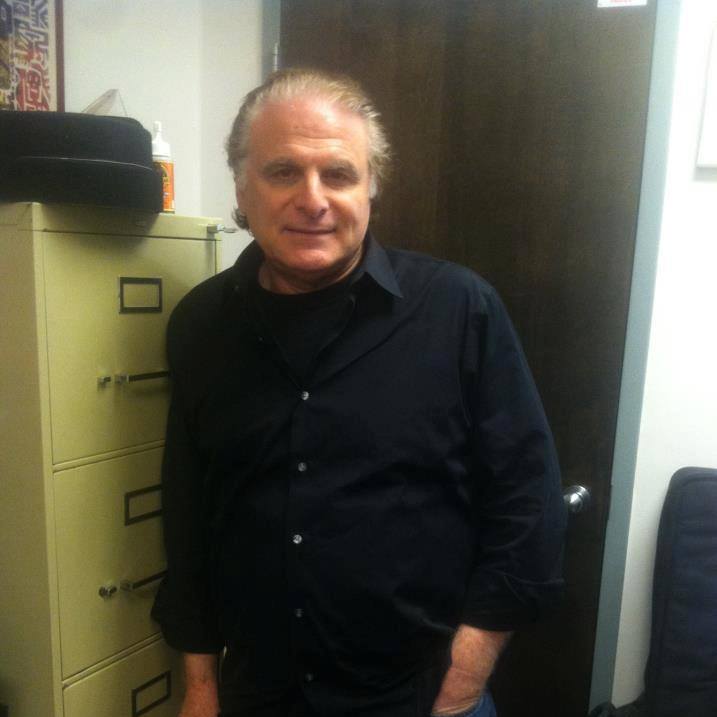 So, what happened? Why did Vaudeveille go first? You know what they say: timing is everything. To bad as Fried’s PR-man at the time ran the show down and it sounded great. Music from everyone from Tone Loc to Rick James and even Willie Nelson. There was also a great piece in Richard Johnson’s SNYDE column in the Daily News. Well, anything’s possible but the cat’s out of the bag now for sure. It’s always good to be the first one out of the gate-not second … Re that Daryl Hall interview with Bob Lefsetz, I’ve been thinking about two of Hall’s comments that we did not discuss. One: “Mottola left me for Mariah” and Two: In discussing the group Kid Creole & The Coconuts, Hall said “Tommy (Mottola) had no idea of what to do with them” … 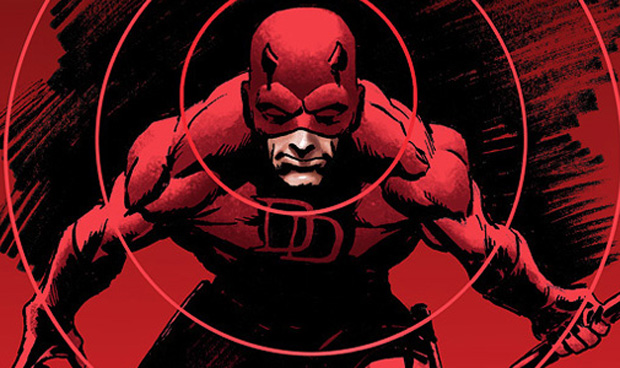 As predicted, Disney + has resurrected Daredevil, as Daredevil Reborn with Charlie Cox and Vincent D’Onofrio in their titular roles. 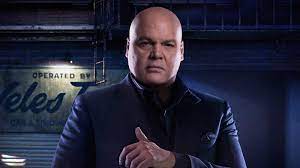 Just like the oriignal Netflix show, these two were just sensational. As a comic book Daredevil fan, they certainly did the show justice. Also, announced this week from the Marvel Universe were two more Avengers movies and finally, the Fantastic Four movie. I am a FF fan as well and though many criticized that first movies, starring Julian McMahon as Doctor Doom, I think it was pretty good. One pundit described McMahon’s portrayal as Dr. Doom as a wall street banker. Funny, but his portrayal was pretty spot on … Funny, but I haven’t seen financial-expert Stephanie Rule on NBC’s Today in quite some time. I guess the powers-that-be had the same issues I did. Sure she’s still on MSNBC … Sighting: WOR’s Tom Cuddy with PR-pasha David Salidor at Ruth’s Chris Steak House in NYC … Speaking of Today, on Friday they had a segment discussing the rising ticket prices and speaking as the authority was former-Billboard editor Bill Werde. To me, Werde when he was at the magazine, literally drove it into the ground. Why they didn’t offer up an actual manger or promoter is beyond me. Werde, for the record, blamed the performer. I haven’t discussed this at all, but the fault -if you can even claim that- is with the promoters and these ticket-vendors like Stub Hub and Ticketmaster. The outrage really began with tickets for Springsteen’s next tour and interestingly, Springsteen has stayed silent throughout this. His booking-agent Barry Bell, offered a brief statement defending his artist. His manager, Jon Landau, did release a statement which really said nothing. Springsteen’s PR-team, Shorefire (which he helped fund many years ago) ha stayed silent too. Not a good move at all, a definite mis-step … And Happy B day to Mike McCann.

G. H. HARDINGNovember 9, 2022
Read More
Scroll for more
Tap
13 The Musical Sounds and Looks Like a Jr. High High School Musical Remake
Wonderama Is Film in NYC and You Are There